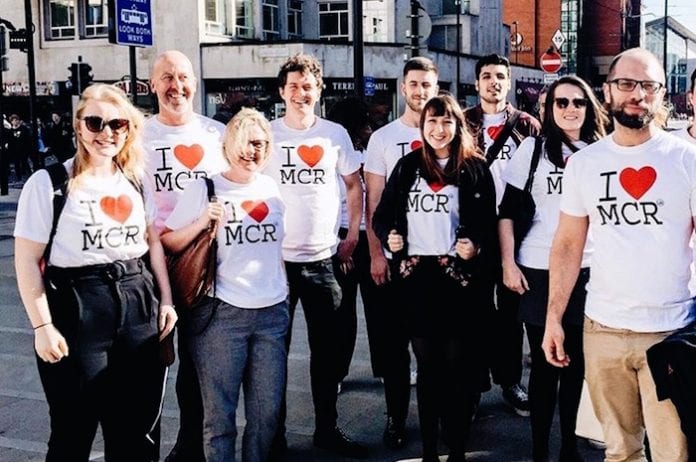 Manchester is the centre of the world’s attention again. But this time it’s for all the wrong reasons.

It’s not for its football or its music or its firsts, but because, on Monday night, a suicide bomber killed 22 people, many of them children, and wounded many more.

An act of pure evil was followed by countless acts of kindness and courage. People who selflessly helped others.

The hero who died shielding her niece.#KellyBrewster
Sleep easy brave one. 💔🖤#Manchester pic.twitter.com/JAaY8cYvqp

Hotels which put people up free of charge. Taxi drivers who gave people free lifts. A crowdfunding campaign which raised more than £1,000 for a homeless man who ran towards the Arena to help. People who queued to give blood.

If you've never been to #Manchester, take a look at this…
A beautiful city where people are strong & supportive & kind. pic.twitter.com/SE2mrSEh8y

The bomb brought people together – not just literally at the vigil – but metaphorically too.

Life will be back to normal for most of us before too long. But for the families affected, life will never be the same again. 22 people died and 59 injured. And eight people are still missing.

It has broken our hearts but it will not break our spirit. Trainspotting author Irvine Welsh knows why.

Manchester rocks. It's as hard and big hearted as fuck and nobody will break it's spirit.