Tour of Britain: where to watch across Greater Manchester including times and locations 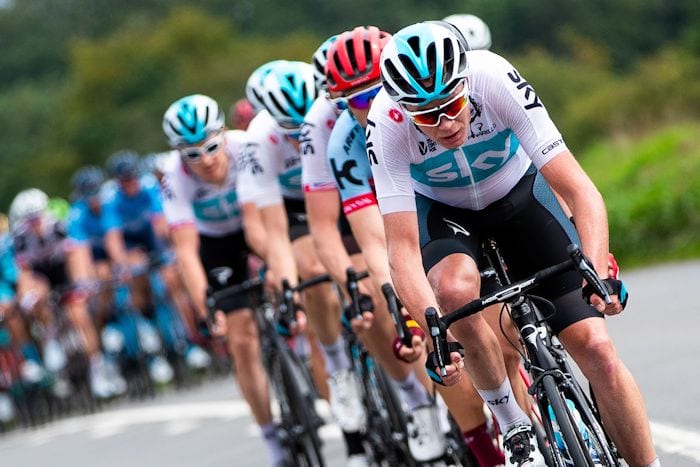 The OVO Energy Tour of Britain is coming to Greater Manchester this year for only the second time.

The eighth and final stage of this year’s Tour on September 14th is Altrincham to Manchester, less than 10 miles as the crow flies down the A56.

But this is the Tour of Britain, so the riders will be taking a less direct route via some of the hilliest and most picturesque places in Greater Manchester.

The riders will leave Altrincham Market Street at 11am and make their way through every one of Greater Manchester’s 10 constituent boroughs.

They will ride 165km over an incredibly varied course, from city centre streets to the stunning hills and valleys that surround Greater Manchester, and are expected to arrive at the finish line on Deansgate in Manchester around 3pm. Presentations will take place around 3.30pm.

As you might expect, there will be a series of road closures throughout the day to ensure the peloton can progress. These are detailed below.

This is an opportunity to watch some of the best known names in world cycling as well as a number of riders with local connections including Adam Blythe from team Lotto Soudal of Wilmslow, Owain Doull, Team INEOS who lives in Manchester, and Jacob Scott, Swift Carbon Pro Cycling of Oldham.

The final number of riders is set to be confirmed but close to 200 are expected to compete this year.

Three sprint sections and three King of the Mountain stages will make sure spectators will be kept on their toes as the riders tear through the countryside at breakneck speed, or dig deep over the more than 2,000m of climbing that will have to be conquered.

As well as watching the race itself, the Tour’s organisers have called for the public to share their excitement for the race by more artistic means.

They have challenged people along the race’s route to design land art, that will be seen from their air during the TV broadcast of the event. The more creative the better.

Last year a group of farmers in Devon were crowned the winners thanks to their incredible installation of a super-sized bike which featured dozens of farm vehicles and movable wheels, chain and pedals.

Thirteen different riders have won the race since its relaunch in 2004, including Sir Bradley Wiggins in 2013.

For more information about the land art competition visit the Tour of Britain website.

And, don’t forget if you want to get on your bike yourself, Sunday 15th September is the
HSBC UK Let’s Ride Manchester event. It’s free, fun and the perfect activity for the whole family. Find out more here.