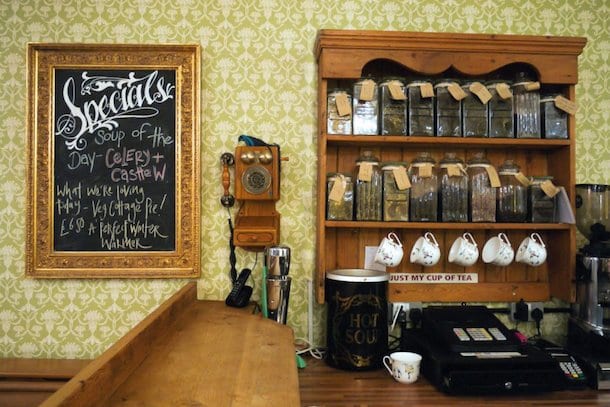 These days, new cafes/coffee shops sprout out every other week.

You can’t go more than four strides down a street in Manchester city centre without passing a super-chain coffee shop. A quick Google search will tell you that Starbucks has 18 branches in the city centre.

Keep walking; our beloved city is increasingly dotted with little independent gems and hideouts. Cool coffee shops that have that little more flair and love for coffee. It’s been heartening to watch the growth of smaller coffee establishments…

It’s not enough just to be ‘anti-chain’ though. Those who want to survive in the market need to offer something special to distinguish themselves from their competitors.

So what makes a coffee shop cool? Independently operated? The atmosphere? Or is it quality food and coffee? How about free wifi? The space, the interior? Cosmo food? We think it’s their own little twist of individuality.

This is our list of the coolest coffee shops in Manchester. Might not want to try them all in one day, unless you plan on being awake until next January. 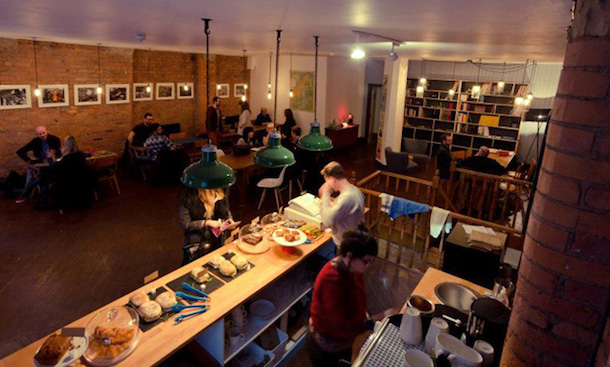 Everyone knows that everything Scandinavian is cool, from their lights to their murder mystery TV to, well, their weather. The Scandinavian theming of this Manchester cafe isn’t entirely clearly drawn – not sure a prosciutto and mozzarella sandwich is traditionally Scandinavian – but the laidback interior is very Scandi, as is the giant map of Iceland on the wall.

Wear a heavily patterned jumper if you want to hammer home the theme. 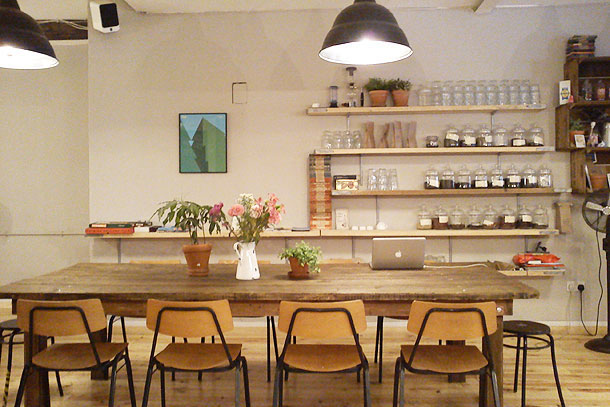 A cracking cup of coffee, a great name and serves alcohol too (but not first thing in the morning). What more could you want?

Teacup sits in the heart of the Northern Quarter, serving up delicious breakfasts, lunches alongside a menagerie of cakes and treats – all hand crafted from locally sourced organic produce where possible.

Tea is the top of the agenda, but Atkinson’s Handroasted coffee is also served, expertly pulled by Teacup Baristas.

Try the rainbow cake too. 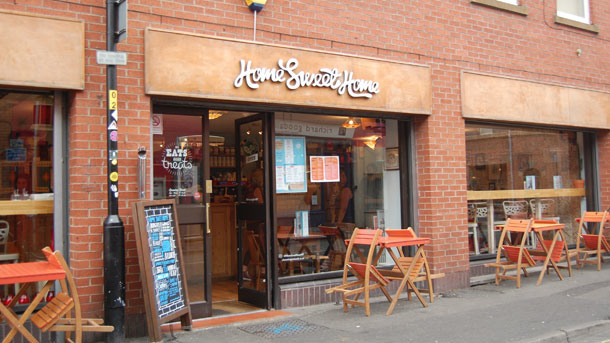 Designed to make you feel right at home, Home Sweet Home is open until 11pm, making it a nice late-night option for coffee lovers.

Their trademark dish is the Cheeseburger Toastie, a combination of two of the nation’s favourite dishes. 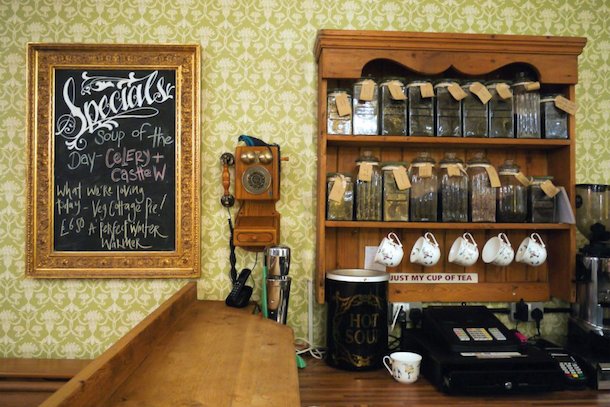 Beautiful and vintage inspired shop on Tib Street in the NQ. Try it for the charm, the crockery, the decor, the atmosphere, the tea and maybe a cake or two. 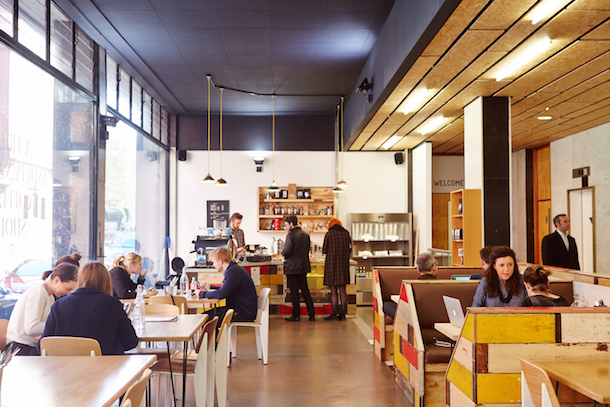 Artisan coffee shop Caffeine & Co serve up a large range of coffee and snacks, as well as a full menu of daily slow-cooks, soups, home-baked bread. Located on the ground floor of the old Granada TV Headquarters building, is one of Manchester’s elite group of specialty coffee shops. You’ll find a full range of specialty coffee, leaf teas and tisanes and hot chocolate alongside a full breakfast and lunch menu. 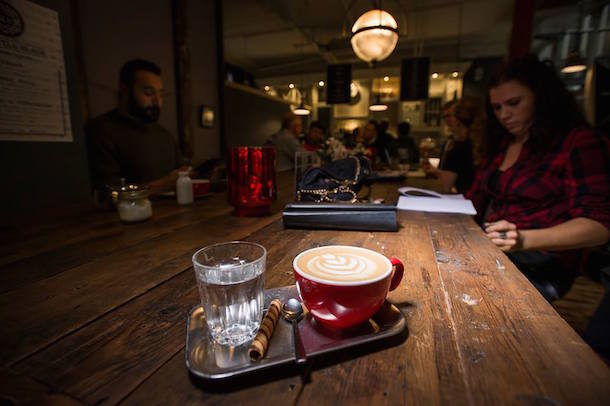 This boutique coffee house situated in the beautiful Victorian building, Barton Arcade, is owned by Rugby League’s Jon Wilkin and Mark Flanagan. The core coffee PKB uses for standard espresso, Piccolo, Flat While, Latte and Cappuccino is Workshop’s ‘Cult of Done’. Prices start at £2.30 for an espresso, rising to £3.50 for a cup of one of their exclusive filter specialities.

It’s not just about coffee, the partners have already added Friday evening acoustic sessions, a book club and rooftop fitness work-outs to the sustainable coffee offering and snack menu. 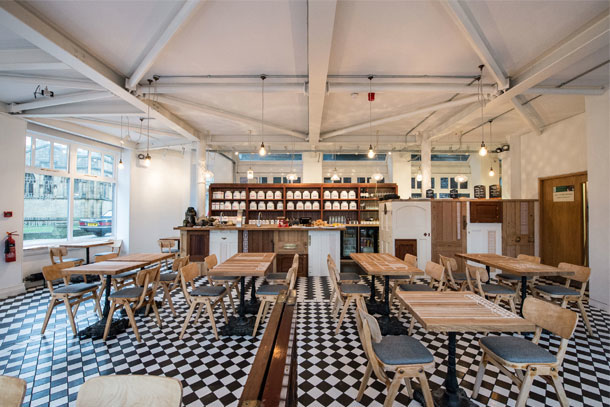 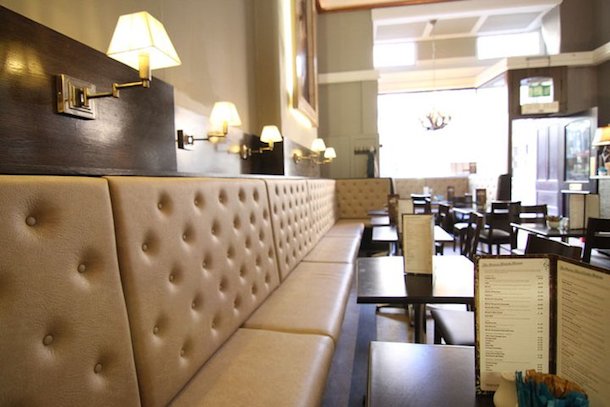 Moose is an American & Canadian diner influenced breakfast and brunch experience with an authentic short order menu and premium espresso-based coffee. It especially captures a New York City attitude to brunch and coffee. After a slurp of their coffee made from 100% Arabica beans, try their Eggs Benedict (titled ‘New York Moose’). 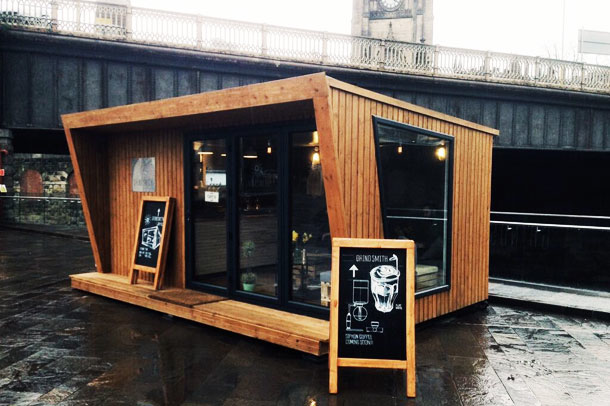 Feel free to add your own in the comments box below…