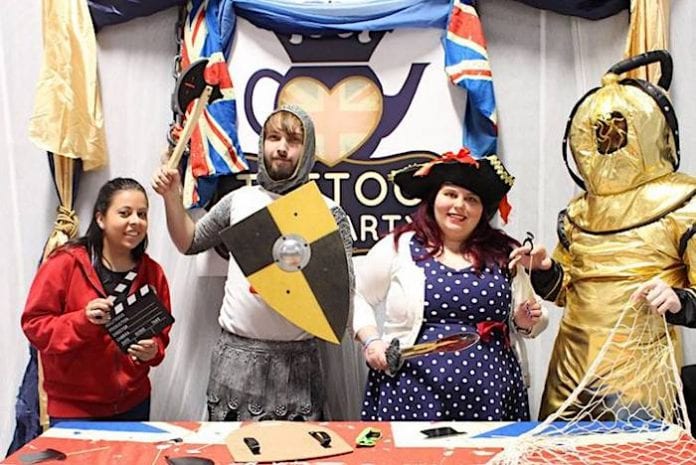 For all of those who fancy it, Leeds lads The Kaiser Chiefs are in town. If you’re not a huge fan of their music or you just don’t want to spend half of your salary on tickets, there’s plenty more going on around the city. Whether you want to get involved in a tattoo tea party, catch an independent flick at the Odeon or shake your fists at a Feminist Festival, the events this weekend are bound to make a welcome change from your usual Saturday night takeaway.

Here are our picks of the best things going on this weekend in no particular order,

This year’s Manchester Film Festival takes place over the entire weekend at the Odeon Printworks. It’s a non-stop slew of screenings running from Thursday March 2nd to Sunday March 5th. This four day celebration of independent film making will feature, amongst others, the debut of One Last Dance starring Jonathan Pryce (High Sparrow from Game of Thrones), Hunter-Gatherer and Happy, a documentary that tries to show what really happens when you power through depression. Only problem is there’s so many films to choose from you’ll be spoilt for choice.

The full festival line-up can be viewed here and tickets and passes are available here.

Starting in time for this weekend, Wonder Women is Manchester’s creative countdown to the 100th anniversary of women winning the right to vote. Taking place 2-12 March you’ll be treated to a whole heap of good stuff, including feminist talks, exhibitions, theatre, independent music, workshops and tours across the city. So, grab your crown, whip your hair back and head down to this celebration of the movement and the women who fought so hard for equal rights. Most of the events are free but donations are always welcome and go towards a good cause so don’t feel too bad about ponying up the cash.

This isn’t just your run of the mill tea party. It’s a celebration of our vibrant tattoo scene with free fairground rides, carnival acts and body painting. This unique tattoo convention, now in its sixth year, will host over 350 of the finest tattoo artists, including Manchester’s own Heart For Art, all under one roof. So whether you’re thinking of getting inked or you’re just there for the show, it’s bound to make for a good time. Tickets will set you back around £16.
www.tattooteaparty.com