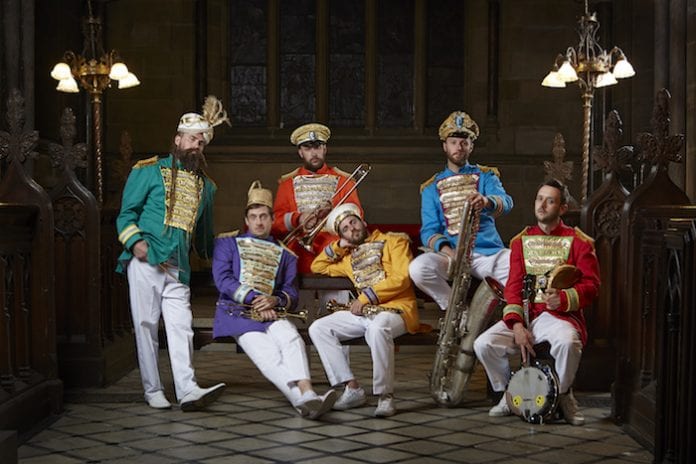 Whether you’re looking for fun, food or fitness, there’s something for everyone in Manchester this weekend. Mr Wilson’s Second Liners bring a mix of New Orleans energy and 90s Manchester club culture to Matt and Phreds on Friday night. GRUB food fair are celebrating their last weekend at Fairfield Social Club with a mouthwatering line-up of food and drink. And Test Your Steel throws down an open challenge to the people of Manchester to complete a series of Industrial-inspired workouts, free for those brave enough to try.

Friday night at Matt and Phreds fuses a New Orleans dive with the hey day of the Hacienda. In New Orleans, funerals are celebrated with brass bands processing through the streets. The main section of parade is known as First Line, but the real fun starts with the Second Line, who follow the band to enjoy the music and march with the musicians. Musical Mechanical has recruited a rabble of mischievous northerners to form Mr Wilson’s Second Liners, a traditional New Orleans Second Line. However, this is no sombre occasion: Mr Wilson’s expend their collective musical talent paying homage to the diehard days of the Hacienda, 90s club culture and its greatest hero, Mr Tony Wilson. If you missed the 90s in Manchester, Mr. Wilson’s Second Liners will take you back to an era missed by almost every Mancunian who raved. Friday 27th April, Matt and Phreds, 9.30pm. Advance tickets £5. 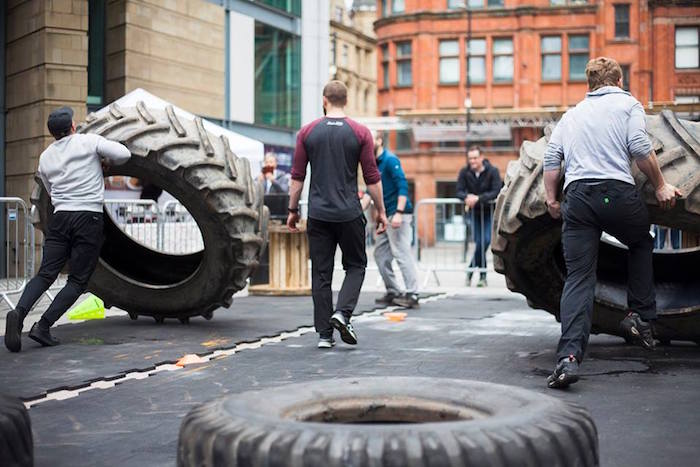 The industrial inspired fitness competition, Test Your Steel, is returning to Great Northern this weekend to find Manchester’s best all-round athlete. Built on the principles of strength and endurance, Test Your Steel pays homage to the infamously gruelling working conditions and backbreaking labours of workers during Manchester’s Industrial Revolution. On Saturday, athletes from different sporting backgrounds will battle coal, brick, railway sleepers, sand, and stones over five challenges in a well-rounded test of physical strength and fitness, limited to 14 individual competitors. Sunday is an open competition available for anyone to take part and have a go at the challenges, known as the Great Northern Gauntlet. Saturday 28th and Sunday 29th April.