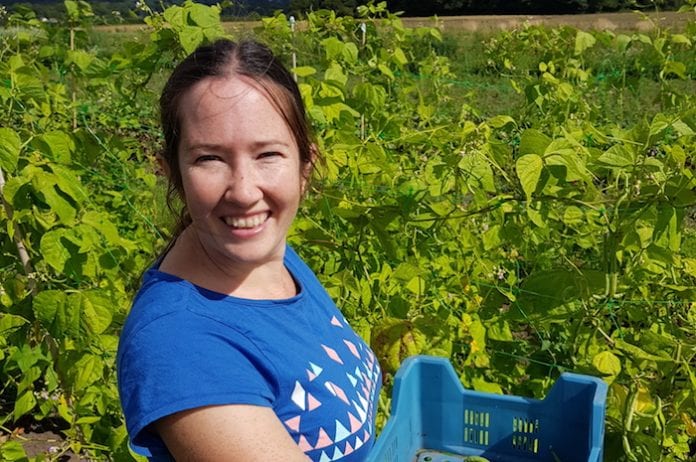 Lindsay Whalen set up Reddy Lane Market Garden in 2013 after ten years of studying organic farming abroad.  She realised how harmful the current food system is for the environment and the importance of growing organic food having been a writer for Ethical Consumer magazine.

She managed to produce 1.7 tonnes of veg from the half-acre site last year but was given notice to quit. She managed to find land at Strines on the edge of Greater Manchester and set up a crowdfunding page with her father George to help make the move possible. 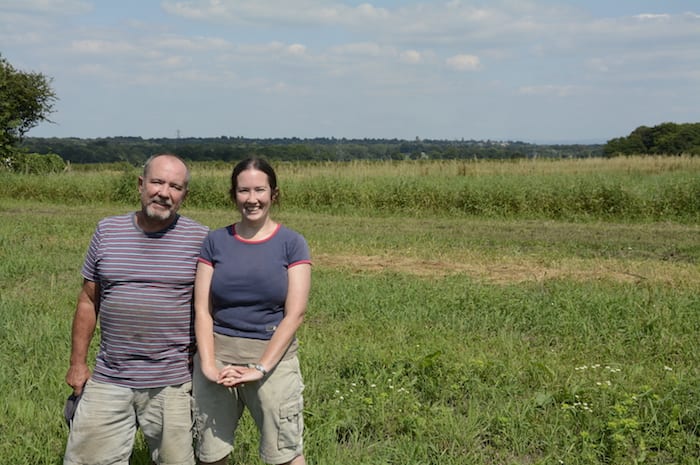 “It’s incredibly difficult to start an organic farm from scratch. There’s no one who’s managed it in the last 20 years in Manchester who is still in business.”

This is partly due to the fact that most land is sold for housing and development and very little goes to farming. The land that does is often very expensive and difficult to manage.

“You need to be able to find land with a rent that you can afford, and then you need the skills too,” she explains.

“It’s easier if you’re born to a farming family, but I found out that people who are often don’t want to go into farming themselves because they’ve seen how hard it is.”

When Lindsay began farming, she had a history degree and no expertise and didn’t know anyone who was in the industry. She admits agriculture isn’t a very popular choice nowadays, especially for women, as it’s hard seasonal and not especially well paid.

“I love farming because I love not being deskbound,” says Lindsay. “I love just being outside in the sunshine, and in any weather, actually.

“But it’s seasonal and that is a problem, even for me,” she admits.

“I pick up other work in winter. And the price people want to pay for organic food doesn’t often cover the cost of production.”

However, she believes there is a constantly increasing demand for locally produced veg and a healthier lifestyle, with social media playing a part in that.

“People are now instagramming what they’re eating and we get a lot of engagement from that,” she says. 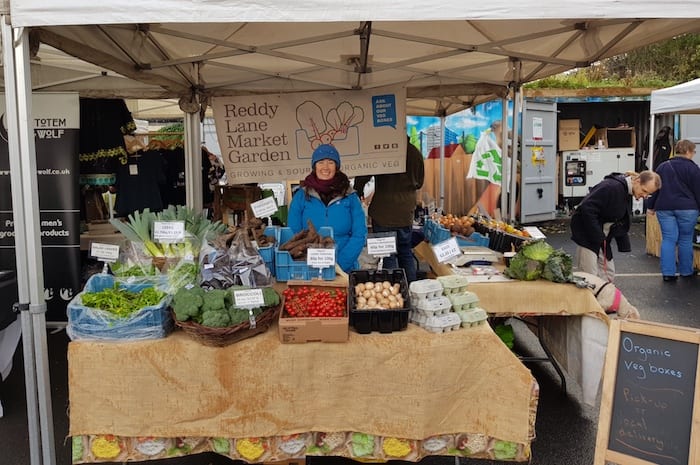 What keeps Lindsay going is her desire to give people the chance to eat food that’s not packed with pesticides – not just for their own health, but for the health of the land and the environment too.

Although expensive – the full costs for the Reddy Lane re-build are actually £22k – relocating the farm will be a good opportunity to improve their old system.

“This is a good opportunity to learn from the mistakes we have made in the past,” she says. “With farming, you need to be really efficient with what you’re doing, so a better designed site is what I wanted to do with the crowdfund.”

Half of the money raised will go towards the commercial scale polytunnels that would allow her to grow crops outside the usual farming season.

“We have a very short season in the UK,” she says.

“People can start safely growing things outside in the north west from June to September. But with these special crop covers you can start in April, which means some crops will be ready for June.”

“They tend to be crops that require a lot of labour to produce, so are best on a smaller scale with human labour rather than on a large scale with tractors,” says Lindsay.

“Things like potatoes would be better with a mechanised system, so we never do that.”

Lindsay hit the £7,000 target earlier this week with five days to spare. Now they are hoping to raise an extra £1,000 to go towards a rabbit-proof fence.

Anyone who wants to make a pledge can win prizes in return for their help. Veg boxes, open days at the farm and farmer workshops for kids are some of the things they’re offering.