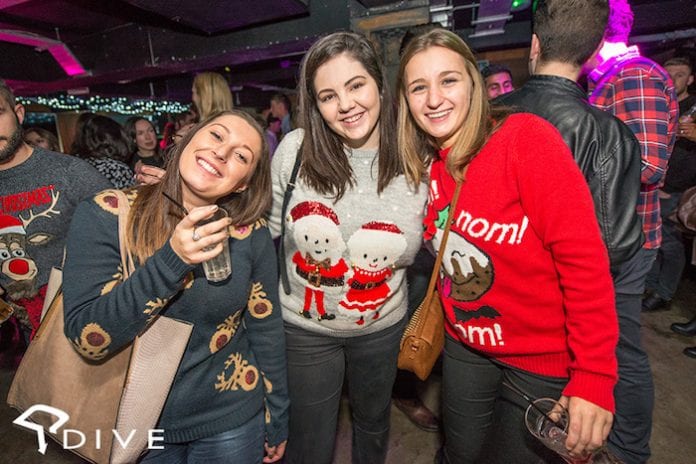 Dive NQ is leading the campaign to tackle drink driving over the festive period offering free soft drinks to designated drivers on a night out throughout December.

The popular Northern Quarter venue has taken the stance to support Greater Manchester Police’s annual Christmas Campaign. The late night venue who have already seen a very busy start to the festive period have strict entry conditions to protect people inside and want to do what they can to make sure they get home safely too.

The safety of their customers is very important to the team at Dive NQ.

“We are keen to show our support to this campaign,” says operations manager Adam Shepherd. “Whilst we like to encourage people to enjoy themselves over the festive period, we need to hold some responsibility for the safety of our customers. If more people were to follow suit then we would be well on our way to a safer city.”

Drivers are asked to leave their car keys with a member of bar staff and they will be treated to a choice of soft drinks during their time in the venue.

The police’s seasonal campaign ‘none for the road’ encouraged drivers to avoid having even one drink before getting behind the wheel.