This Is Manchester: new awards will celebrate the talent that the city has at its heart 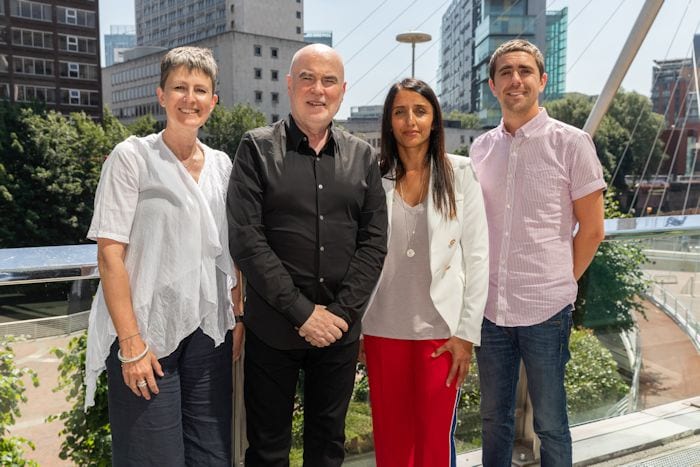 Britain’s second city, the capital of the north and the world’s first industrial city. Manchester has continued to develop with the times and is a city at the heart of progress and productivity, not just at home but globally.

The most linguistically diverse city in western Europe with 200 spoken languages. Manchester is renowned for its music scene, as a footballing mecca, a live events capital and as a hotbed of creative talent in fashion and industry – not forgetting our envied sense of pride and community.

This is Manchester Awards will showcase the incredible talent Greater Manchester has at its heart – the best of the best!

Nominations are open until 31 August 2018 for individuals and businesses across 13 categories, are free to enter and will be judged by a hand-picked panel of industry experts.

Who makes a difference in your community? We're celebrating individuals and organisations that go the extra mile, who will you be nominating? https://t.co/Fv8DwhEtLh #Manchester #Community #ManchesterLife pic.twitter.com/oNRQtEUg9P

“I grew up in Wythenshawe surrounded by a big family and have always considered myself from Manchester,” said Ged Doherty. “When I was starting out I had no choice but to move away to pursue my dream but, I’m pleased to say that this wouldn’t be the case today. The city is a hotbed for the arts and alive with creativity and support. I was proud to be asked to contribute to these amazing awards.”

This is Manchester Awards is the brainchild of Ziara Siddique, MD of Elite Profile Agency and proud Mancunian.

“As a proud Mancunian I’ve been lucky to work with many high-profile individuals within sports, music and industry all of whom wax lyrical about how amazing Manchester is and how proud they are to be representing Manchester on a global scale,” said Ziara.

“I wanted to create a multi-sector awards set up to recognise those forward-thinking businesses and individuals.

“This is not a whimsical project, I’ve spoken to literally hundreds of people about the awards, all of whom think it’s a great idea, and I’ve been overwhelmed by all the support we’ve had so far.”

Headline sponsorship for the awards has been snapped up by Rochdale headquartered Footasylum PLC.

“It’s the best city in the world,” said Howard Tattersall from Footasylum. “Manchester’s history of commerce, sport and music mean Footasylum’s heartland couldn’t be anywhere else. Its people represent the UK’s creativity, tenacity and wit – and have built a culture that resonates with communities all over the world. Their down-to-earth optimism is at the heart of the city, and the heart of our brand.”

Nominations are open until 31 August following which there will be a published shortlist and period of reflection for the judges. The winners will be announced at an awards event at the Hilton Hotel Deansgate on 8 November 2018 with organisers promising a fantastic headline act which will be announced nearer the event. Monies raised on the night will all be donated to the Greater Manchester Mayor’s Homelessness Fund.

For more information, email enquiries@thisismanchesterawards.com, call 0161 667 0898 or click the button.