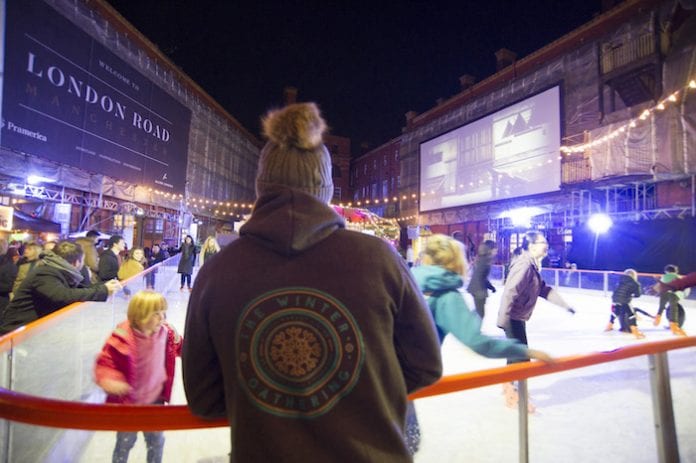 Visitors to Manchester and locals alike have long gazed from the train, bus and car at the magnificent edifice that is London Road Fire Station. This grand building was once home to the fire, ambulance and police services, as well as a coroner’s court.

The demise of the building – built in 1906 but closed since 1986 – has upset many who remember its great past.

Last year, Allied London announced it had bought the building and would restore this once great piece of history. After several public events including a series of Hidden Banquets for the Manchester Food and Drink Festival, London Road Fire Station is about to open its doors once again for its first Christmas in 30 years. No pressure there then.

This iconic venue will be transformed into The Winter Gathering, a magical winter market complete with a line-up of world famous DJs and artists, and a line-up of foodie superstars in residence for the duration.

It also brings what seems to have become a Manchester institution to London Road – the ice rink.

It’s beyond me why anyone would want to risk potential agony for a few moments of skating glory but I suppose mulled wine and pleasing your children has something to do with it. However, in such settings, it almost seems too tempting to not grab a miniature penguin and tentatively make your way round the perimeter, never letting go of the fence.

For anyone over the age of 15, once you’ve channelled your inner Philip Schofield it’s time for the good stuff – food and drink.

With the Winter Gathering lasting nine weeks, there’s a seriously impressive selection of traders to salivate about. It’s no secret that Manchester loves its street food – but not paying over the odds for a pancake. Everyone’s got their favourite but my tummy gravitates towards the type of food on offer here as well as GRUB’s Food Fair which also promises to be magical come Christmas.

On the night we visited, we enjoyed a Manchester egg made from black pudding and sausage meat from Beastro as well as a hearty burger from Nanny Bills.

When you’re out on the ice in Manchester in winter, you’re going to need some sauce to warm up those cockles. Fortunately, there’s plenty available.

It comes in many forms from traditional mulled wine to champagne and whisky cocktails (with a nod to the fire station) as well as lager and craft beers from the likes of Alphabet, Shindigger and SevenBro7hers.

Apart from the face-stuffing antics, there’s a lot of history and heritage to take in.

Ex-London Road Fire Fighters and members of the Greater Manchester Fire Museum are in attendance wearing full uniform and telling tales next to a remarkable 1929 fire engine.

Music is a big part of the plan here. We were treated to a set from Refuge royalty Unabombers who took to the decks with typical swagger. With future acts and DJs such as Mystery Jets, Funkademia and Robert Owens, there’s more to listen to here than endless repeats of Wham and Slade

Today’s grand opening starts at 4pm and is free to enter. After that, Saturday is free until 6pm and £5 thereafter. Tickets can be purchased on the door and in advance via skiddle.  Until January 8 2017.