The Yorkshire pudding cafe in Manchester serving fry-ups, roast dinners and even pizza stuffed in puds 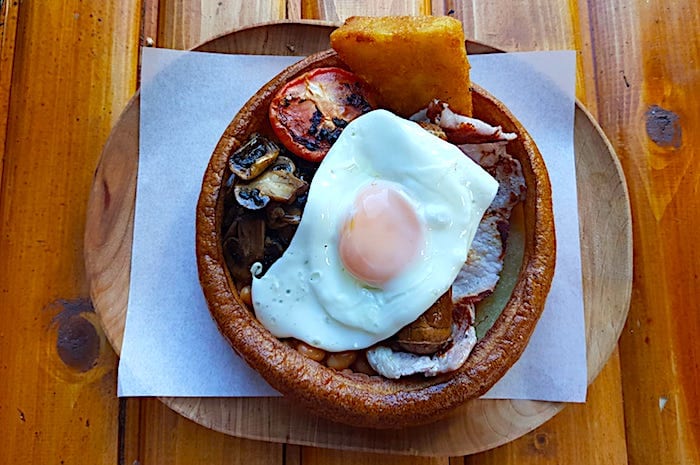 The Yorkshire pudding wrap was the MUST try food at last year’s Manchester Christmas Markets.

Now Porky Pig is feeding the Manc appetite for all things Yorkshire pud all year round with his own city centre cafe dedicated to filling the batter treat with all manner of delicacies.

It includes a full English fry up squashed inside a Yorkshire pudding, as well as the classic Sunday roast (complete with roasties, stuffing and gravy) inside a pud sealed into a wrap so you can eat it with your hands – in theory, anyway.

The fry up Yorkshire pud (£5) has been such a hit you can now have it delivered to your door via Just Eat, and they’re serving up seven days a week.  If you’re wondering how it tastes, it’s like eating a full cooked breakfast in a basket of fried bread – so in other words, it’s amazing.

The Porky Pig cafe opened on Cooper Street near the Town Hall six months ago, fresh from owner Eddie Osman’s huge success at the Christmas Markets in 2017, when hungry punters queued across Exchange Square to get their mittens on the roast dinner wraps filled with fresh carved meats, veg, roast potatoes and lashings of gravy.

Such was the Manc appetite for all things Yorkshire pud, Eddie decided to open a permanent cafe and takeaway – and he’s been serving up over 1,000 of the treats a week ever since.

The “famous Yorkshire pudding wrap” comes with your choice of meat from the daily roast carvery, green beans, carrots and stuffing with a choice of assorted gravies for £5, all wrapped and toasted down to make it a manageable – just about – hand full of food. 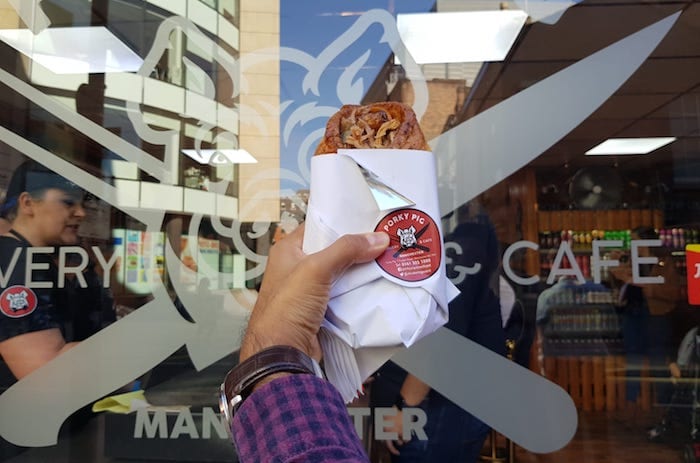 Eddie, 41, originally from Cheetham Hill, first set up his outdoor catering business at the age of 18 with a stall outside Old Trafford, home of his beloved Manchester United, serving up hot pork roast buns to hungry football fans.

He’s following in the footsteps of his dad Eddie senior, who used to run a hot dog stall.

Eddie came up with the Yorkshire pudding idea five years ago, but at first it “didn’t really work”, he says. 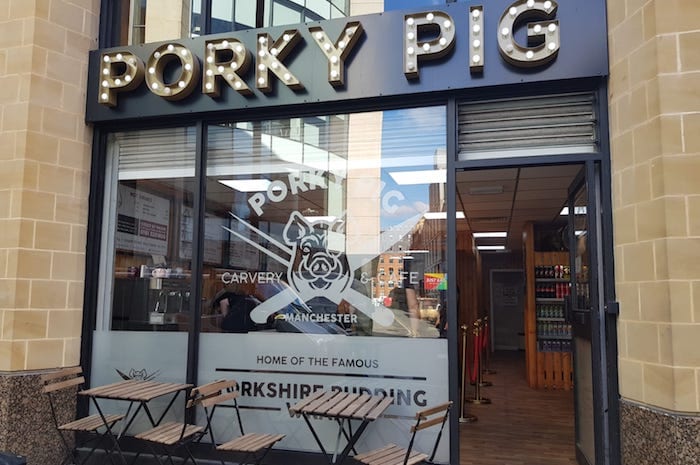 Now he feels he’s perfected the concept – and it has certainly caught the public’s imagination.

Eddie is constantly coming up with new flavours, and he’s just launched his personal favourite – the calzone Yorkshire pudding wrap. It’s like a meaty pizza stuffed inside TWO Yorkshire puddings, which are then toasted down into a dreamy pizza pie type construction.

He laughs: “I do what’s not right.  It might sound weird, but it tastes unbelievable.”

It has been an incredible personal journey for dad-of-four Eddie, who suffered a horrific motorbike crash in 2016 just as he was about to take on the Christmas markets site for the first time.

He was so badly injured he couldn’t take up the pitch until the following year – and even then he operated the site while his leg was still caged and he was on crutches. 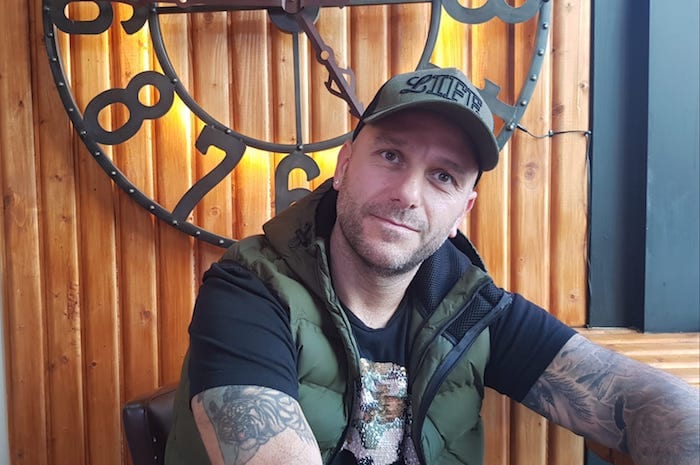 He said: “I’ll never forget it. After about a week, there were people pulling on the doors and a huge queue – and from then on it never stopped.”

Meanwhile, Eddie will be back at this year’s Christmas Markets in a prime spot on Exchange Square – and he has a target of selling 1,000 Yorkshire pudding wraps A DAY – including that fry-up Yorkie, as well as the traditional roast dinner classics.

Why does he think it works so well at the Christmas Markets? “With it being the German market and full of the sausages, I feel like this put a British stamp on it all, I really do. And people certainly seem to like it.”