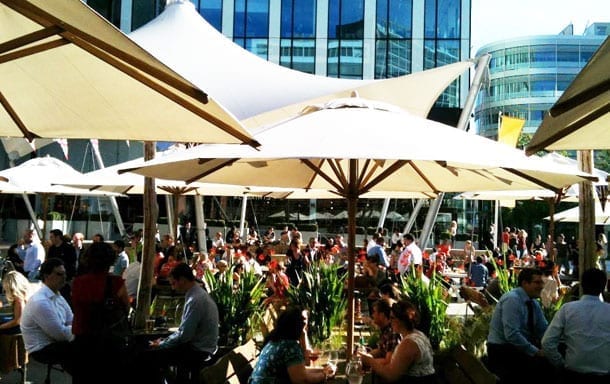 The Oast House, Spinningfields is hoping to sail straight in to the Guinness Book for World Records by hosting the largest beer tasting event Manchester has ever seen on Wednesday 7th August.

To break the previous world record of a mere 267 tasters, beer fans new and old are required to toast to Oast, with three measures of the finest ales from local brewers.

Beer Guru Warren McCoubrey will be on hand to talk to the beer tasting contenders through three samples of The Oast House’s lip-smacking line up. With over 15 years of industry knowledge, Warren will leave beer tasters fully armed with information about the flavour, aroma and experience of each beer option from the expert himself.

The free party will set sail at 6pm with a Guinness World Records master on board to announce the success of our attempts live on stage.

Once the record has been smashed, rising stars Acoustic flair will play the night away on the Aperol stage  to celebrate The Oast house best beer selections in town, not forgetting a menu including juicy grilled meats, prime burgers and Deli boards to feed your hunger pangs after all of the drinking.

The current record for the largest beer event is held by Biergilde BNB in Arcen, Netherlands who had 267 participants on 24th October 2010.

So who’s ready for the challenge? With this year’s summer weather holding out, it’s the perfect excuse to drink and help The Oast house appear in the Guinness Book for World records.

Email manchesterbdm@theoasthouse.uk.com for your tickets.

Make sure your quick as they are in high demand.

Be at The Oast House, at 5pm as the drinking commences at 6pm