The Royal Northern College of Music is approaching its fiftieth year. Although relatively young in comparison to its conservatoire counterparts, the school boasts impressive awards, students from across the globe, and state of the art performance spaces. So why doesn’t it get more attention?

It’s one of the world’s finest conservatoires with a rich history dating back to the late 19th century. Sir Charles Halle founded the famous Halle orchestra in Manchester, and by 1890 raised the notion of housing a music college within the city. Once a site on Ducie Street was made available, Halle became the school’s principal with Queen Victoria awarding the school its royal status.

The RNCM opened its doors for the first time in 1893 to just eighty students – a far cry from its international reputation today.

One of its biggest successes is the Popular Music course, which celebrates its tenth anniversary this year.

We asked Andy Stott, the head of the trailblazing course, how it all began.

“It was like a perfect storm of things that came together in that moment. The RNCM had taken a really brave strategic decision to broaden its portfolio – when you look at the other royal schools none of them had a popular music programme. They have jazz programmes, some of them do musical theatre, but none of them do popular music. So there was a gap in the market.”

It was an incredibly challenging experience setting up the popular music programme in such an established school, with only 20 students in the first intake.

“Ten years down the line, I’d say with confidence we’ve got one of the best programmes in the world. Students come here from all over the world – Estonia, Argentina, Australia. We’re massively over-subscribed and the quality of the students here is just phenomenal.

“I say to students on day one, if people talk to you about what you do, say ‘I’m a professional musician who studies at the RNCM’, not a student who wants to be a musician – that’s a completely different mindset.

One of the course’s graduates is Young Monarch, whom Stott describes as “a band on a mission”. Founded in 2015, the band was called a “real cathedral of sound” by Radio X’s John Kennedy, and has performed in venues such as Albert Hall and the Manchester Opera House.

Another RNCM success story, yet to graduate, is nineteen-year-old award-winning saxophonist Jess Gillam.

Last year she made her BBC Proms debut at the Royal Albert Hall where she performed as a soloist with both the Royal Philharmonic Orchestra and the BBC Concert Orchestra.

Gillam is also returning to perform two proms this year: the BBC Young Musician Prom and the world famous Last Night of the Proms.

To add to her long line of accolades, Gillam recently won a Classic Brit Award in the Sound of Classical Poll 2018, which promotes the best emerging artists and ones-to-watch. Extraordinarily, she is the first ever saxophonist to reach the final of the BBC’s Young Musician of the Year competition.

However, the jewel in the royal school’s glittering crown is the RNCM’s Session Orchestra, a high-energy 40-piece ensemble performing current best sellers and golden oldies. They are performed to such a high standard it’s hard to believe what prep goes into it.

Once the playlist is selected and arrangements are orchestrated, they only have three days together before they do one of the shows.

“Our next show on the 27th October will be another evolutionary phase for us.”

It’s going to be a mix of classics and current chart hits, with the addition of students’ original music. But loyal fans need not fret: “We’re going to give our audience a bit of what they know, interspersed with original material,” says Andy.

Being situated higher up the Oxford Road corridor, it’s sometimes hard to entice new audiences to the school’s performances. Did you know that the school also has a concert bar boasting over 180 gins and the excellent Brodsky restaurant? 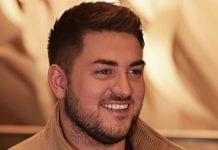 This Manchester singer has launched an online virtual choir to help people stay ... 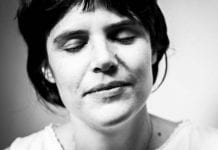 Three to see this weekend: choral remembrance, poetry ventures and a festive wee...