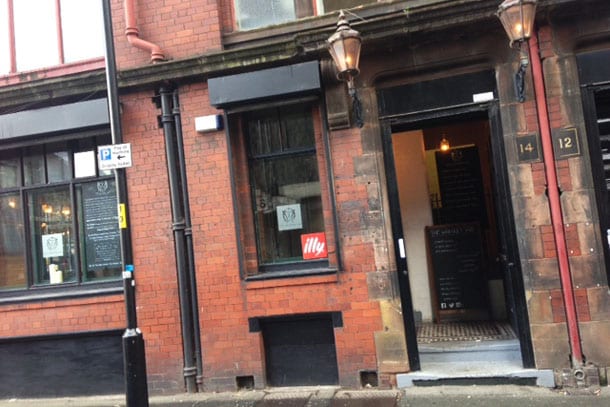 Last week I had lunch at Salvi’s Mozzarella Bar and confessed to not being a big fan of mozzarella. But I found the best pesto I had ever tasted.

This week I had lunch at The Whiskey Jar and guess what? Yes, you’re right. I’m not a fan of whiskey. But did I find anything to make my visit worthwhile? Stick around and I’ll tell you.

The Whiskey Jar is located on the eastern edge of the Northern Quarter, which used to be the heart of Manchester’s textile industry.  It’s full of old warehouses, many of which have been converted to bars and restaurants. The Whiskey Jar is one of them.

The interior has been stripped back in the classic fashion to expose brick, floorboards and original features such as a fireplace. The lighting is dim and the atmosphere is cosy. 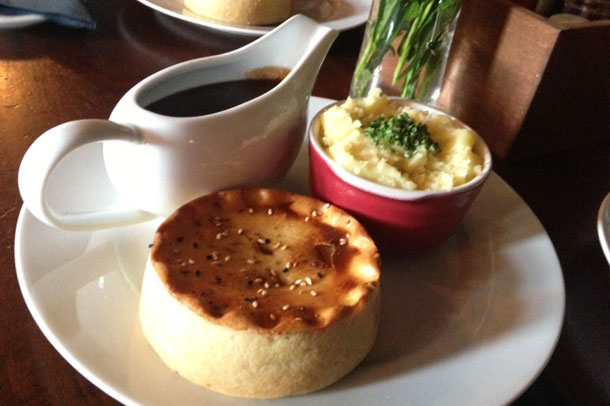 Over a hundred different whiskies are on display including Scotch, Irish, Japanese and bourbon. Even the beer is whiskified – Innis & Gunn Original, matured in bourbon casks. They recommend to drink in halves because it’s strong and expensive.

But I wasn’t here for the whiskey. I was here for the pies. The humble pie is currently undergoing something of a renaissance. It’s one of those foods which just don’t taste as good as they used to because the price of mass production is that quality is sacrificed for quantity. Inferior ingredients are often used and artificial ingredients and preservatives added to bring the price of mass produced foods down.

What’s the difference between an ordinary pie and an “artisan” pie? The taste. And the quality is reflected in the price. You get what you pay for. 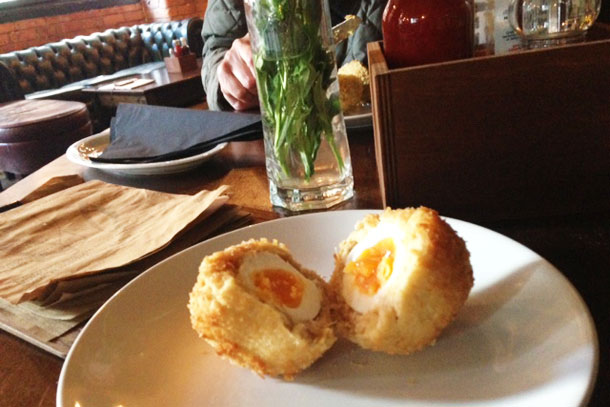 The pies on offer at The Whiskey Jar are supplied by the award-winning Great North Pie Company. There were three to choose from rather than the usual four as they were waiting for a delivery of The Great North Meat Pie.  My ginger companion and I ignored the beetroot, feta, Cheshire & apricot and went for the lamb curry “Keema & Peas” and Lancashire cheese & onion (both £6.)

The pies were served with creamy mashed potato and a serving of gravy for the curry pie. Everybody loves a nice pie. And these are nice pies. In fact they are very nice. They were anything but humble and tasted as good as they looked.

The Whiskey Jar isn’t just for whiskey afficionados. It’s a great place to enjoy comfort food in a comfortable setting especially on a cold winter’s day. Give it a go.