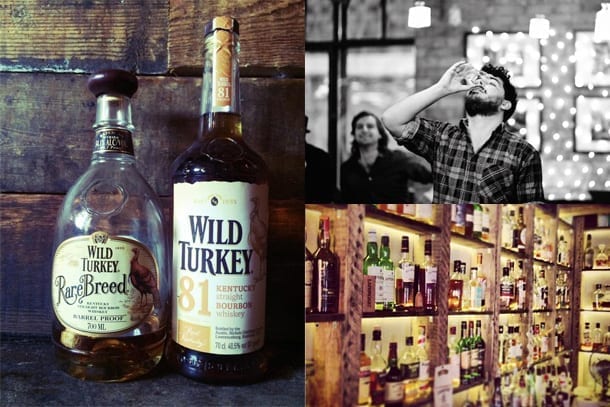 Another day, another excuse to celebrate our favourite alcoholic drinks. Because June 14th is National Bourbon Day. Bourbon is whiskey which is made in America from at least 51 percent corn. The rest is grain and rye. The higher the rye content, the spicier finish.

“whiskey has a bit
of sex appeal…”

Whiskey has seen a resurgence in fortunes in recent years with television shows such as Mad Men and Boardwalk Empire helping improve its image. Bourbon has come a long way since the days of prohibition in the US.

Showcasing this diversity and increasing popularity, The Whiskey Jar, located in a beautifully restored textile mill on Tariff Street, has become one of the Northern Quarter’s favourite haunts. With 50 tipples to choose from, The Whiskey Jar is the largest purveyor of American whiskies in the city. Whether it’s global giants Jack Daniels or Jim Bean, or tiny, micro distilleries, there’s something for everyone.

“There has been a bit of a taboo with whiskey in the past, with people suggesting it’s an old man’s drink,” says Whiskey Jar assistant general manager Michael Alker. “But it’s becoming a lot more popular, has a bit of sex appeal and, with the help of social media and a bit more accessibility and understanding, there is now a big demand for it.”

To celebrate National Bourbon Day, The Whiskey Jar is offering £5 whiskey sours with a choice of Kentucky bourbons Buffalo Trace or Wild Turkey.