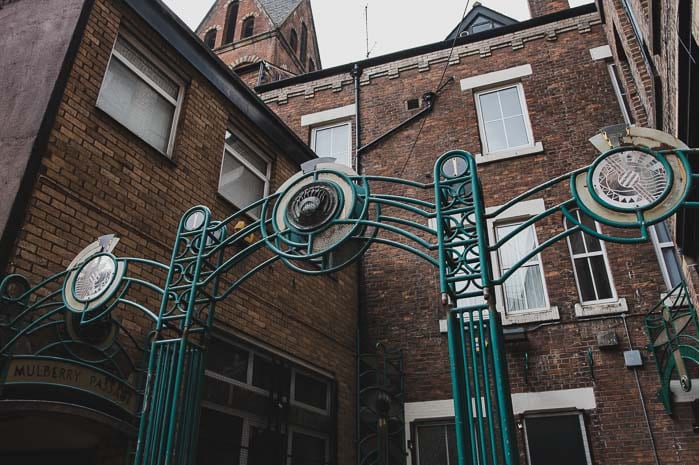 When John Dalton presented a paper to the Manchester Literary and Philosophical Society at 36 George Street on 21st October 1803, it not only contained one of the greatest statements of modern science, it became the first significant event in Manchester history to make the rest of the world take notice of this growing town.

Few would have initially realised the importance of what was going to follow this statement:

“An enquiry into the relative weights of the ultimate particles of gaseous and other bodies is a subject, as far as I know, entirely new; I have lately been prosecuting this enquiry with considerable success”.

In his paper Dalton proposed that:

Like many similar theories it was not entirely correct. A century later we discovered that atoms can be made or destroyed; that all atoms of the same element are not identical. But it didn’t really matter at the time. Dalton had changed world thinking.

There was one major flaw in Dalton’s claims: what was smaller than the atom? He couldn’t answer this. Ironically it was his obituarist, R. A. Smith, in a Lit and Phil Society paper in 1856 – twelve years after Dalton died – who first suggested that atoms might themselves be made of smaller particles.

One effect of Dalton’s findings is that it finally put paid to the ancient, alchemical claim that matter was made up of only four elements – air, water, earth and fire – which is why sculptures of them have been erected at the end of Dalton Entry, off John Dalton Street.

This location has been carefully chosen. To the side is the Catholic Hidden Gem church – it was the Roman Catholic church of old that had decried new advances in science during the late Middle Ages. They’ve since changed their minds.