The story of Manchester in 101 objects: #2 Christianity in Roman Manchester 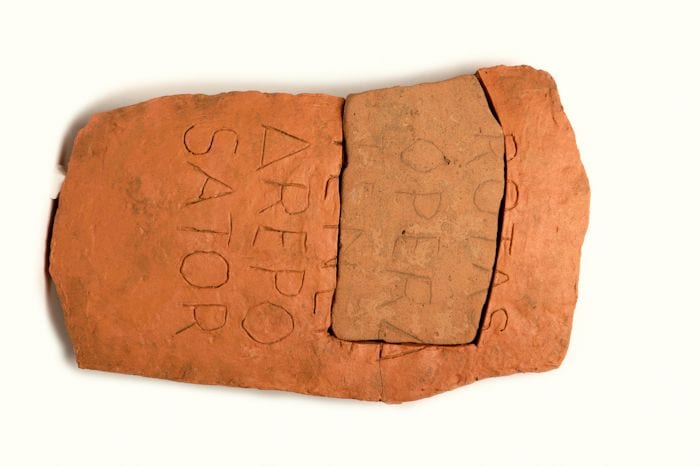 How surprising that in Manchester, the most modern of cities and the world’s first industrial city, one of the oldest Christian relics ever discovered in Britain should be found. And to complete the irony, it was in the shadow of one of its most prominent modern structures – the Beetham Tower.

In 1978, on a dig on Trafford Street by the side of where the Beetham now stands, archaeologists unearthed a piece of broken pottery dating back to the year 182 AD, apparently inscribed with Latin letters.

What made this relic different was that the script read ROTAS OPERA. Experts knew that this was part of a word square, found across the Roman Empire, which Christians, who then had to worship in secret, would use to communicate with each other secretly. The complete word square would have read: ROTAS OPERA TENET AREPO SATOR which reads the same backwards, forwards, and upside down.

The translation is prosaic – Arepo the sower guides the wheels with care. However, re-arranged it reads PATERNOSTER – ‘our father’ – with the letters A and O signifying the Latin letters alpha (‘the first’) and omega (‘the last’).

Clearly, there were Christians in late 2nd century Manchester at a time when Rome was still worshipping the god Mithras. But it would not be until the year 312 that Rome would adopt the new religion.