Student bands from across Greater Manchester are in with a chance to win an exclusive session at a recording studio and the chance to perform at two top festivals.

The competition to find Manchester’s best student band, now in its third year, is being run by Manchester Arndale in partnership with Band on the Wall, where a group of eight shortlisted bands will perform in the semi-finals on Thursday 6 April.

Six bands will go through to the final at spring student event MCR Student Night Out at Manchester Arndale on Thursday 27 April.

The finalists will have their music heard by an panel of judges including Gavin Sharp, CEO of Band on the Wall, Tim Thomas, Director at Blueprint Studios, DJ and musician Clint Boon and new judge for 2017, Jo Good from Radio X.

The winning band will get the chance to perform at the Kendal Calling Festival and Bluedot Festival at Jodrell Bank, and win an exclusive recording session at Blueprint Studios in Salford, where last year’s winners, The Chadelics, recorded a single. The lucky winning band this year will secure four days studio time at Blueprint to record their own.

“Nowhere does music quite like Manchester does music. This competition will be a display of talent, grit and determination that will turn out the talent of the future,” says Jo Good.

“Every band and artist starts somewhere and it is always an honour to witness the beginning of a journey in creativity, talent and determination. The music business is a tough one, and these acts are taking their first strident steps. I can’t wait to hear what they’ve got.”

The competition is open to student bands from Greater Manchester with two or more members over the age of 16. At least one member of the group must be in full-time education at the time of entry.

“Manchester is famous for its iconic music scene and the city’s talent shows no sign of slowing down,” said Manchester Arndale centre director, David Allison.

“As well as the fantastic prize we have on offer, MCR Student Night Out is the perfect platform for some of the best student bands around to showcase their music to thousands of shoppers on the day.”

Bands have until 20 March to to submit a short video. www.manchesterarndale.com/student-band-comp 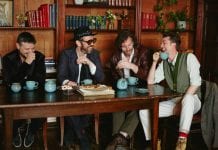 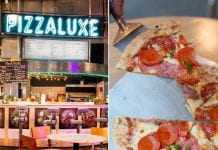