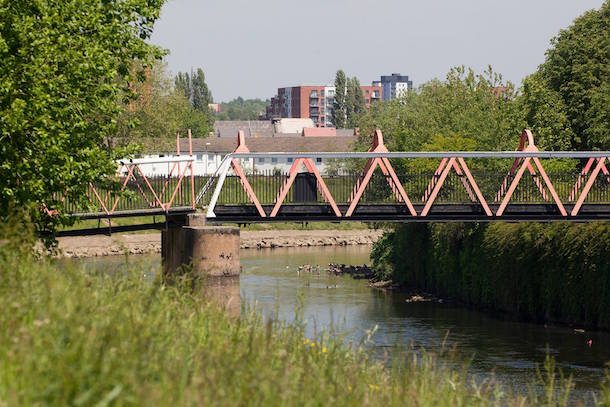 In December 2015 the River Irwell flooded – badly. Homes and businesses in Manchester and Salford were damaged. But the Irwell deserves to make headlines for so much more than when it bursts its banks, as one man’s internationally-acclaimed film proves, says Emily Oldfield…

The Irwell flows 39 miles from its source in the hills near Bacup, through Manchester and Salford, finally flowing into the Mersey.

“This is a
river that
helped give
birth to
modern
society”

Luke Blazejewki’s short film Stories of the River Irwell, explores the fascinating river and its relationship with the people around it. It’s been nominated for Best Cinematography at the Focus International Film Festival, a quarterly celebration of independent film. The film shows how people enjoy what the river has to offer and the opportunities to engage with it.

But what inspired him to make the film?

“I look at the River Irwell today and see a fallen giant, which was once one of the most important resources in the world,” says Luke. After giving the world everything people turned their back on her and left her to die, and I find that incredibly sad. I suppose my work could been seen as trying to lift the River Irwell back onto her feet to reclaim her throne as the greatest river in the country.

“Most people can identify a polar bear or African lion, animals they have probably never seen in the wild, but would struggle to identify the birds they walk past every day.  But few people seem to appreciate the true value of nature in their everyday lives, and for me the River Irwell proved to be the greatest example.

“I was amazed at how many birds and mammals use the valley, and just how many plant species you can find along the riverbank. I looked around and no one seemed to be paying any attention. And the more I investigated, the more I began to discover the kinds of perceptions people have about the river.”

Those perceptions are still coloured by the river’s industrial past. In 1862 the Scottish geologist Hugh Miller  described it as “considerably less a river than a flood of liquid manure, in which all life dies, whether animal or vegetable, and which resembles nothing in nature, except, perhaps, the stream thrown out in eruption by some mud-volcano”. 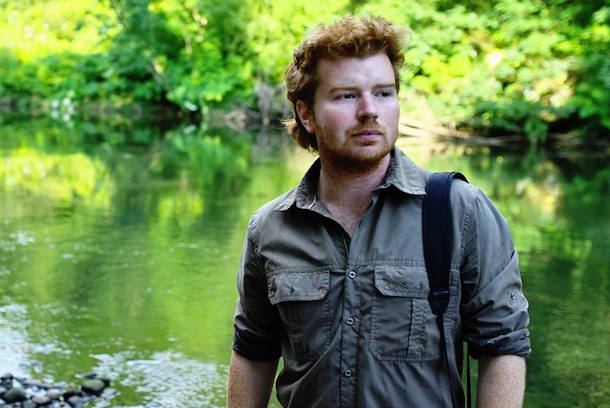 “It’s true that the River Irwell was once regarded as the dirtiest river in the country, and during the Industrial Revolution it was possibly the dirtiest in the world. Perceptions always change a lot slower than reality, but the situation we have here with the Irwell is something I find particularly sad.

“This is a river that essentially helped give birth to modern society, powering mills, developing industry, and supplying an international pipeline for the import and export trade. It is the reason Manchester was able to cement itself as such a progressive city. As a result people exhausted the river, which became poisoned almost past the point of no return.”

Since the 1970’s, thanks to the efforts of local people and the water authorities, the water quality has been cleaned up and the fish populations brought back.

By the 1980’s boat tours were taking place from the Mark Addy Quay in Salford – quite an achievement considering that Mark Addy was the historic figure of the 1800’s responsible for rescuing hundreds of people from the Irwell’s sewage-polluted waters.

The restoration works along the river over the last few decades inspired Luke to begin documenting the incredible range of fauna and flora you can find there, to help challenge outdated perceptions and inspire a new appreciation of our urban waterways

Nevertheless, most people ignore it. So how can we develop a healthier relationship with our waterways?

“I always equate people’s relationship with nature to their relationships with each other,” says Luke. “When you walk down Market Street you can often feel quite alone, disconnected, as you are surrounded by thousands of strangers. But it only takes that one moment, when a familiar face comes out of the crowd, a friend, a family member, to change your entire experience.

“Suddenly that person means something to you. Why? Because you know a little bit about them – their name, their likes and dislikes, and you’ve shared experiences that have brought you closer together.

“Nature works in exactly the same way. You only need to give people a little bit of knowledge; the name of a few birds or butterflies, the difference between a great tit and a blue tit, and suddenly you see people interacting with the world in a completely new way, and it’s infectious. As Morrissey once famously sang, “Nature is a language, can’t you read?”

The results of the film awards are due in the coming months.  To win the top prize would be further recognition of his dedicated research and careful filming in this area. But it doesn’t stop there.

Luke is project leader of Nature in Salford, a group which aims to reconnect people with their local natural environment and increase awareness of biodiversity. When he’s not filming, he’s one of the chief organisers behind a clean-up in Kersal Dale, following the floods.

This is work which will help begin making a positive difference to the health of the Irwell Valley, addressing flood impact and protecting it for the future.

He also runs activities such as wildlife walks and foraging workshops, educating people about the natural environment in the Manchester area and how to engage with it.

“Manchester and Salford have some incredible green spaces, made all the more incredible by their industrial heritage. Salford is 60% green space, for example, and home to Peel Park; one of the first public parks in the world. Manchester has the Bridgewater Canal, which was the first canal in the country, and so it is not surprising that with all these historic green and blue spaces we can find a wealth of biodiversity here. It’s just a simple matter of making the effort to go and see it.”