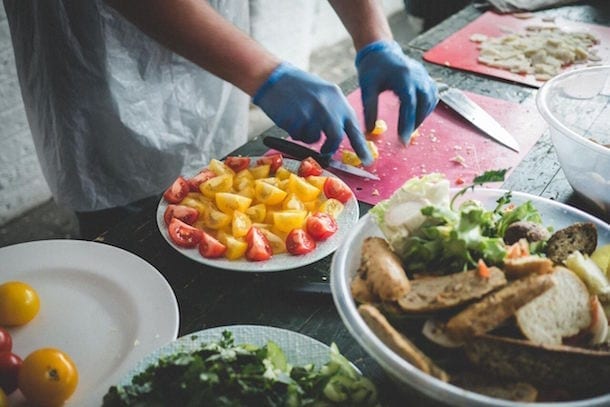 Food waste is an issue which is hard to stomach.

There are nearly 1 billion malnourished people in the world. The 40 million tonnes of food wasted in the US alone each year is enough to feed them.

In this country, about 15 million tonnes of produce which is potentially fit to eat is thrown away every year, commercially and domestically. I do it. You do it. Everybody does it.

In Greater Manchester, food poverty is a huge issue.

The Real Junk Food Project is determined to do something about it by showing that much of the food thrown away is perfectly edible and turning usable waste food – which would otherwise be thrown away and end up on landfill – into meals for those in need.

And don’t let the name fool you. The food they serve is far from junk. Head chef Mary-Ellen McTague, formerly of acclaimed Prestwich restaurant Aumbry, wants to show that good food and throwaway don’t have to be incompatible and they’ve been plating up delicious dishes such as chargrilled mango and ginger beef, roast vegetable lasagne and chocolate mousse cake, to prove it!

Originally set up in Leeds, there are Real Junk Food cafes up and down the country but, as you might expect, the project has developed a flavour of its own here. 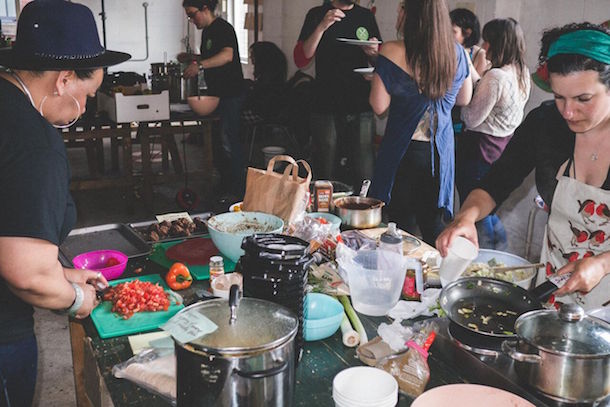 “Manchester has always been a city of firsts, and a great place for foodies and lovers of independent and unique projects,” director Corin Bell explains. “Here we are hoping to open the UK’s first a la carte waste food pay-as-you-feel restaurant. We’re just trying to find the right site.”

In the meantime they are teaming up with loads of cool venues around the city to do a range of pop-ups and collaborations to bring real junk food to the wider public.

Recent events have included a roast dinner for isolated older people and ‘takeovers’ at venues such as the Koffee Pot – with the next coming up on the 25th May.

It’s open to all but the project makes a special effort to encourage people on low incomes to come along and enjoy good food. It operates on a pay-as-you-feel basis – people are asked to contribute what they can.

Many of the people they have been making the biggest difference to – the homeless and those on low incomes – often face very limited food choices and even malnutrition. Thanks to an amazing array of volunteers, the Real Junk Food Project has been making a big difference to the lives of many in need already.

So why not go along to one of their events or even get involved yourself – whether through volunteering or just being more responsible with your own eating habits.

You can even get wasted with them – they will shortly be launching their own beer made from stale bread in collaboration with Beer Nouveau. Don’t knock it till you’ve tried it. 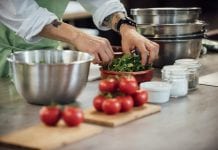 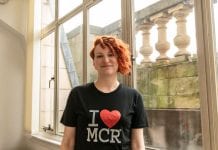 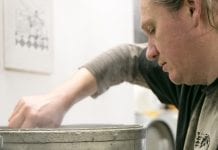