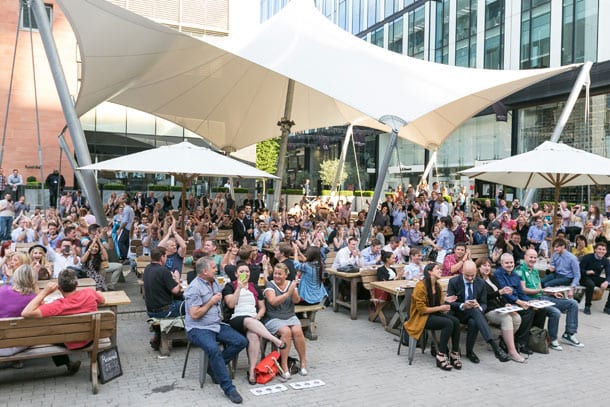 The Oast House in Spinningfields, Manchester, yesterday broke the World Record for the largest ever beer tasting event.

On a perfect Summer’s evening, 322 ale lovers convened in the Courtyard outside the Oast House – travelling from as far as Scotland – to assist with The Oast’s successful attempt to enter the Guiness Book of World Records. The previous Guinness World Record was held by Biergilde BNB in Arcen Netherlands who had 267 participants.

The crowd cheered as Jack Brockbank, the official adjudicator from Guinness Book of Records, confirmed the record had been broken, once again putting Manchester firmly on the World stage. 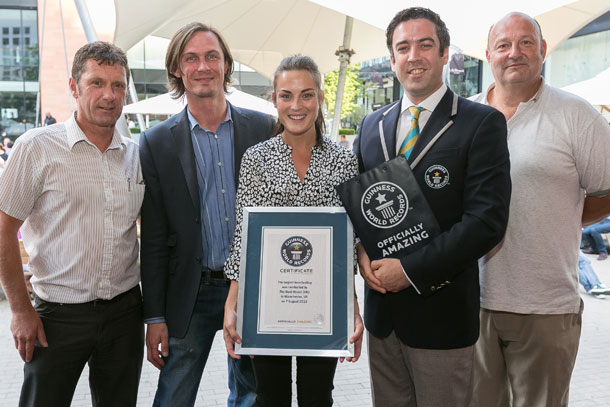 Master of ceremonies was beer guru Warren McCoubrey who talked thirsty contenders through three samples from The Oast House’s lip- smacking line up. The three beers sampled came from local brewers Phoenix Brewery and were West Cost IPA, Arizona, Wobbly Bob. In August 1982 Tony Allen opened his Oak Brewery on an industrial estate in Ellesmere Port. Nine years later he moved to a location more central to his growing free trade and the Phoenix Brewery, based in Heywood, was born. Their Phoenix Arizona is a cask ale which is the most popular beer at The Oast House.