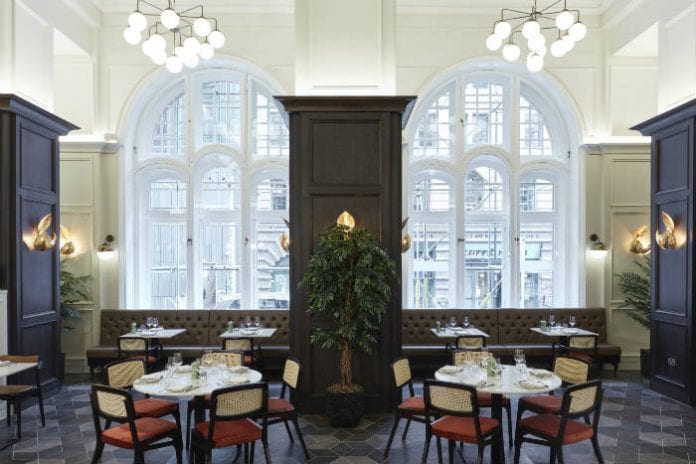 The restaurant formerly known as Mr Cooper’s at The Midland Hotel will relaunch next week with a brand new name, look and offering.

An antique-style clock and vintage prints of the old Midland railway complete the look, giving the dining room and bar an elegant feel that harks back to the 1900s.

And when it comes to the food and drink offering, it’s all about celebrating the best of British produce, with a classic menu befitting the grand space. 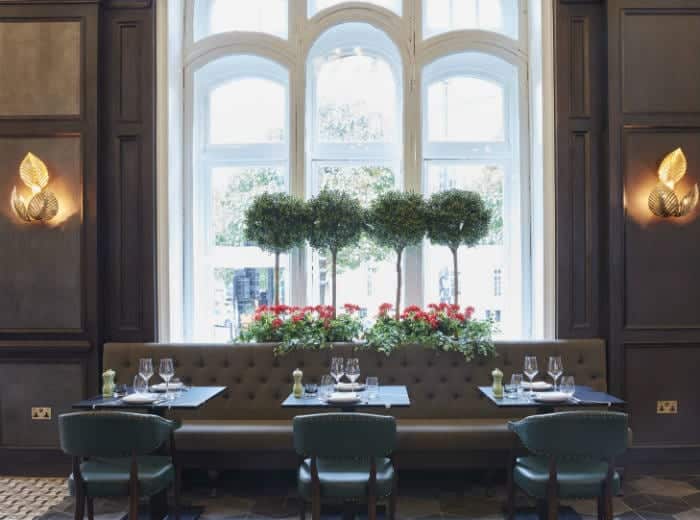 Executive chef Brian Spark, who has been at the hotel for five years, has designed a menu that makes you just want to eat everything on it – including chargrilled fish, lobster with Cafe de Paris butter, steaks and grill dishes, and homemade pies.

Starters include lobster crumpets with sesame and hollandaise (£14) , Yorkshire Limousin steak tartare with confit Burford Brown egg yolk (£12), and a traditional pork pie (£9), while mains include steaks (from £27), spatchcock Goosnargh chicken (£18) and a three-bone rack of lamb (£26).

The meat, including Yorkshire Limousin beef, comes from the hotel’s in-house butcher, and is smoked and charred using the in-house Bailey’s smoker.

The homemade hand-raised individual pies, made using a hot water pastry and including wild mushroom pithivier (£15) and chicken, bacon and leek (£15.50) as well as a “wow factor” beef wellington to share (£80), are a speciality at Mount Street, says Brian.

And he especially loves the smoked salmon (£11), which they smoke themselves and serve with wild fennel. 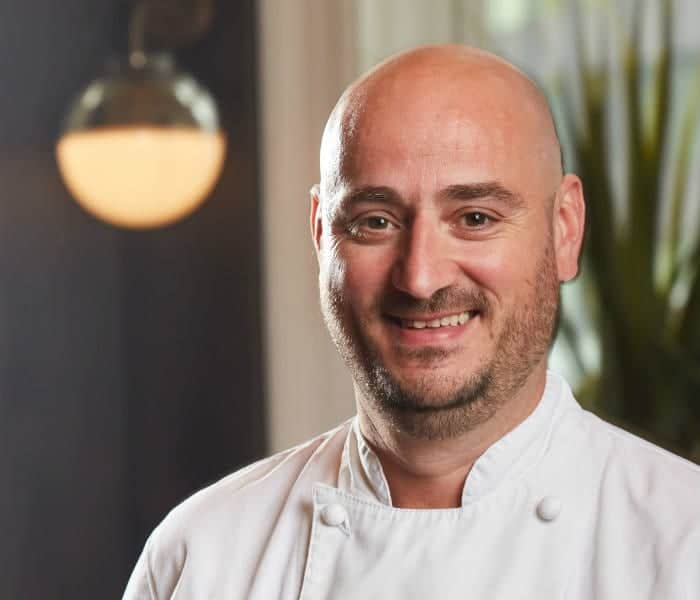 And there will be a specials board too, including seasonal game and specialities from the fishmonger, says Brian. The menu will change with the seasons.

The hotel restaurant originally planned to open earlier in the year, but was delayed by the pandemic. And some of the dishes have had to be modified as a result – meaning sadly we won’t get to see things carved at the table or the planned big cheese trolley just yet. But maybe they will be able to make an appearance down the line. 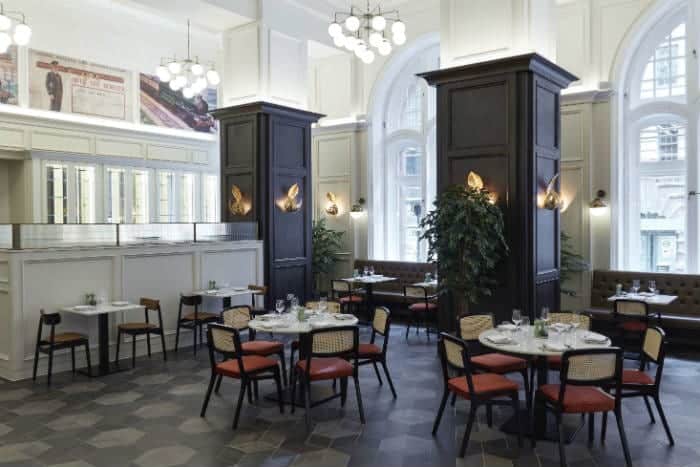 But the menu absolutely fits with the grand hotel style – “you could stand at the front of the hotel and already imagine what should be on the menu,” says Brian.

“We’re trying to stay as local to the north west as we can when it comes to produce,” he says about the menu, which also includes Chorlton ale braised featherblade.

“The beef is from Yorkshire, and the cheeses are local – it’s a big thing for us.” 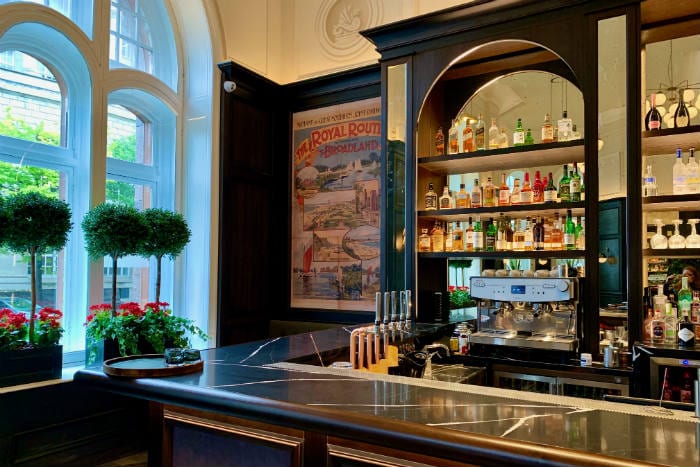 The bar space has also been revamped and looks more classic, with a small bar snack menu including gammon scotch egg with piccalilli puree (£6) and quails eggs with celery salt (£7).

The drinks offer at Mount Street includes English producers, while the beer menu will feature a Northern contingent.

The new restaurant forms part of a £14m refurbishment of the hotel, with work due to be completed in October.

Mount Street Dining Room & Bar opens on Tuesday 1st September at The Midland Hotel, initially just for dinner, with a lunch menu to be introduced in October.