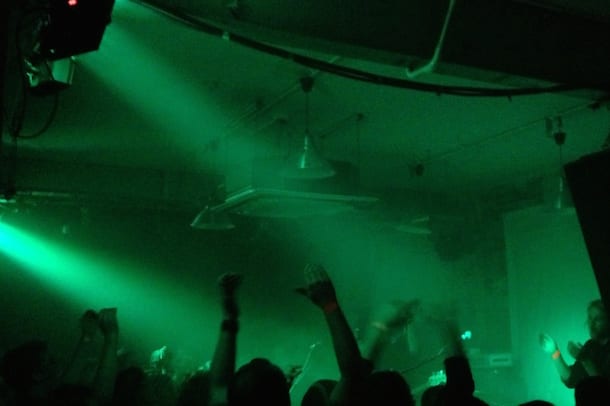 Let me set my stall out on this. I like a drink, I like to be sat down whilst having a drink and I like to be able to converse whilst sat down having a drink. This is not because I feel I am too old to head on out and bust some moves – I’ve still got it, folks.

“…just because
you enter your 30s,
it doesn’t mean
you are ready to
hang up your
dancing shoes.”

There are some youngsters around town who may give the odd frown to someone in their 30s hitting the clubs. I feel this has contributed to the rise and rise of the late night bars which have detracted from more traditional clubs. Packed out bars in our fair city which have pumping loud music and small dance floors offer the chance to have a boogie without entering the teenage world.

There are, however, some changes afoot! The growth in ‘nostalgia clubbing’ (a new term I’ve coined) is there for all to see. For years bars and clubs have had theme nights around certain decades. Who hasn’t donned a pair of flares for a 70s night or some shoulder pads for an 80s night?

Now, however there is a genuine movement to bring back particular clubs and DJs to recreate the heady days of our youth. And whilst the young aren’t prohibited, it’s clear these nights are for the grown-ups! These nights are more than a bar cashing in on a theme. They are looking to put on a night that still has resonance. After all, there are plenty of tunes from the 90s that many DJs could slip into their set list and still pack out a dance floor!

One such night that appears to be going from strength to strength is one that wasn’t born out of a commercial desire but a genuine wish to recreate the sound and feel of a particular era. ‘Sunday Spirit’ is doing what is says on the tin – recreating the Sundays back in the 00s when a generation drank and danced in the former Spirit on Canal Street. It started as a one-off and now organiser Pam organises one most bank holiday Sundays. To say it is packed would be an understatement.

Clubbing in general appears to have evolved away from generic one-play-list-fits-all places such as the branded clubs Lava/Ignite and Brannigans. Huge successes such as The Warehouse Project, the former UniChallenge from Manchester Pride and the packed out basement of Soup Kitchen demonstrate the evolution of clubbing. So it seems quite fitting and quite right we start looking back and recreating successful clubbing nights or brands to cater for everyone that wants a mad night out!

Nights like this are out there proving that just because you enter your 30s, it doesn’t mean you are ready to hang up your dancing shoes. In a city like Manchester, which Mark Radcliffe famously said thinks a table is for dancing on, that somehow feels just right. Now where is my 90s glow-wear?