Is this the future of fast food? Healthy London restaurant chain comes to intu Trafford Centre 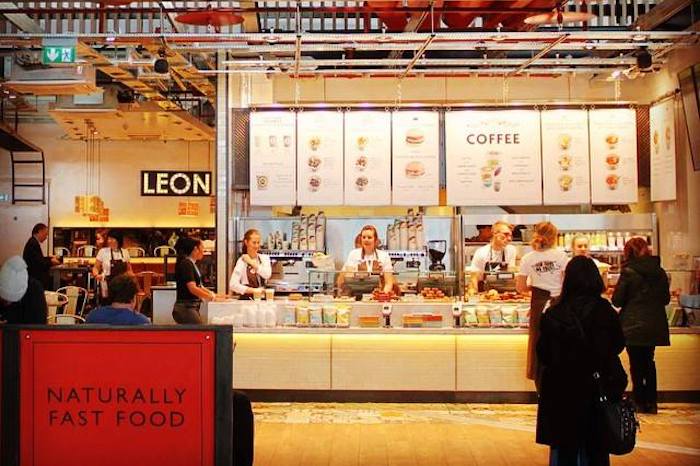 Healthy fast food chain Leon are bringing their popular fresh and flavourful food to the north for the first time – a new restaurant opening at intu Trafford Centre on Easter Monday.

The menu is inspired by Mediterranean ingredients and fast food classics. Diners have the chance to try dishes that have been on the menu since the very first restaurant opened on Carnaby Street including the Moroccan Meatball Hot Box, the signature Fish Finger Wrap, and the Original Super Salad, as well as the new spring menu, which includes a seasonal Lamb and Rhubarb Khoresh, Hey Pesto Chicken Salad, The Mack Wrap and Sunshine Salad Pot.

Cakes are supplied by Dorset bakery Honeybuns, which has been baking Leon’s gluten-free chocolate brownies and lemon ginger crunch cakes since 2004, using only natural ingredients and no refined sugar. 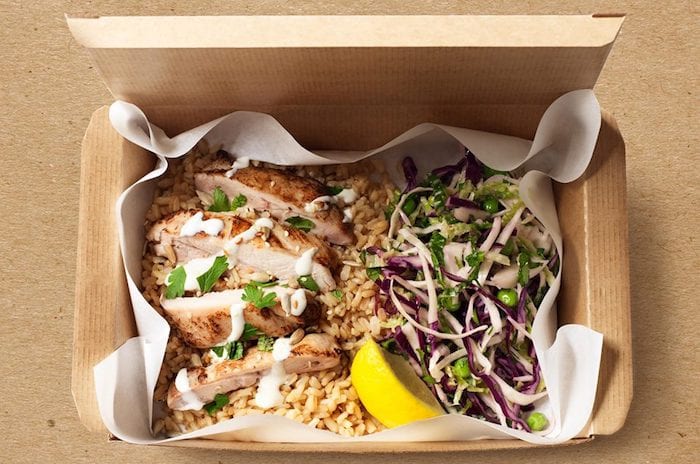 Leon was founded in 2004 by John Vincent, Henry Dimbleby and well-known chef Allegra McEvedy and was named Best New UK Restaurant by the Observer that year. Since then they have opened 48 restaurants, bringing good fast food to high streets across the UK and abroad.

Their mission is to serve naturally fast food – food that tastes good, does you good and is affordable. They are champions of free-from food and were the first to display nutritional symbols on their menus.

Leon will also be bringing their sourcing policy to the Manchester restaurant. All meat is higher welfare standards, all eggs are free range, and the milk organic. Coffee is fair trade,  the beans are organic and world land trust certified. 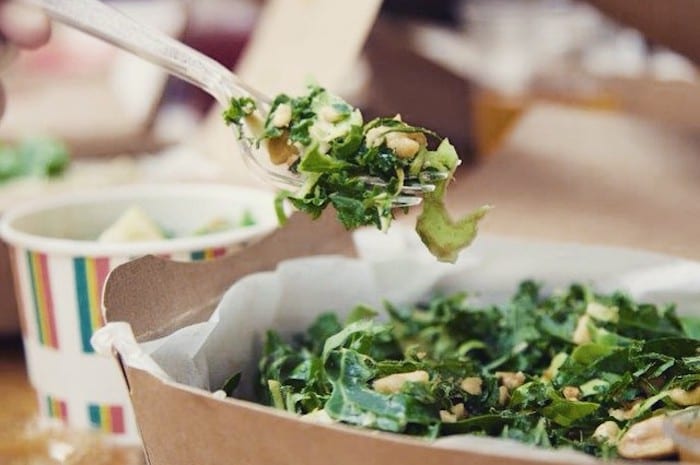 Leon are also known for their cookbook collection and recently published their seventh, Fast & Free. The eighth is coming out later this year.

In 2013 John and Henry produced the national School Food Plan, which was one of the biggest shake-ups of school food in England for a generation. It has overseen the introduction of cookery lessons for all children up to the age of 14, universal free school meals for infants, and new standards for the food served to children in schools. John and Henry were awarded an MBE by the Queen in 2015 for services to school food. 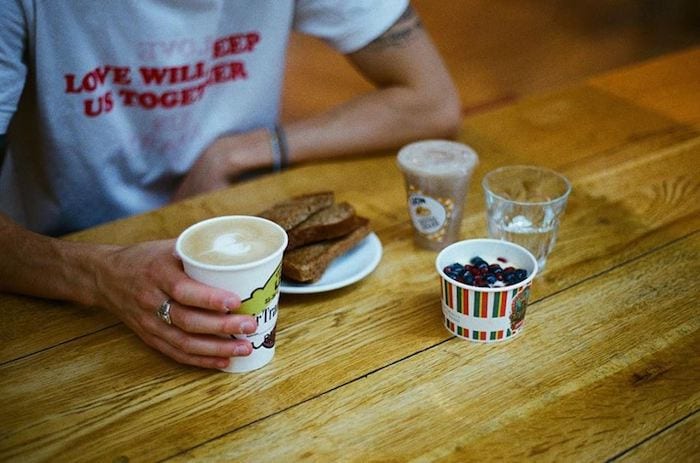 They are already planning to open a second restaurant next to Piccadilly Station in Manchester city centre.

“We’ve been absolutely blown away by the response from people in Manchester to the news that we’re to open in Trafford,” says John.

“At Leon we have always believed in serving food that tastes good and does you good, and we’re excited to finally bring it to Manchester for the first time. So, come say hello, try out our dishes and let us know what you think. We can’t wait to meet you.”

As well as offering their usual 15% discount to NHS workers and students, Leon will also be offering children who drop by over the Easter Weekend a free meal. Sign up to the Leon club online for more details. www.leonrestaurants.co.uk/club.