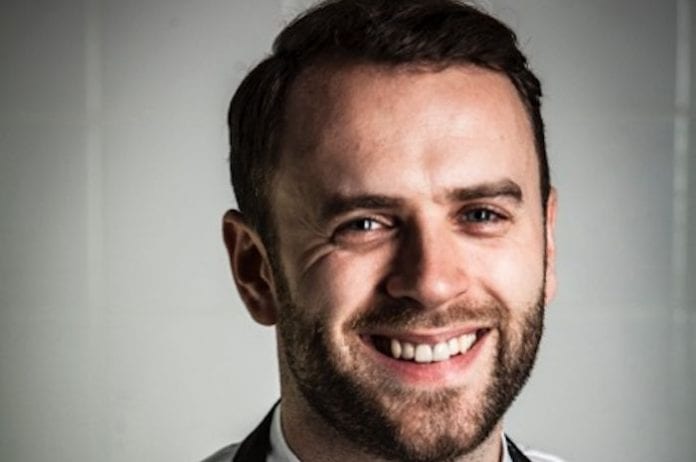 Manchester Food and Drink Festival are staging Adam Reid’s first solo project as he makes a special, one-off departure from his fine dining roots to host his very own pop-up restaurant at this year’s Festival.

Adam, who is currently starring in Great British Menu, will be bringing his huge talent and passion for provenance to Albert Square to host three nights of exquisite food that will bring together the ethos of The French with a relaxed, accessible, rustic experience like no other.

This will be a chance to taste Adam’s extraordinary food and commitment to quality and provenance at a pop up restaurant for only 30 diners per sitting, right in the heart of the city.

Diners can expect scallops served and finished at their tables on a bed of hot rocks by Adam himself as he strips back his fine dining roots to create a totally bespoke dinner that is simply about incredible food.

He will go into the finals along with Michael Bremner, winner of the Scottish heat, south west heat winner Josh Eggleton, and the remainder of the regional winners with a chance to cook for the ‘Great Britons’ at the Palace of Westminster.

“That point when you’re told you have won the region and got through to the finals week is amazing,” said Adam. “After all the sweat and tears it just makes it all worthwhile.”

Adam wowed both the show’s judging panel and Michelin-starred chef Phil Howard with four stunning dishes including a starter influenced by Indian cuisine called From Pakoras to the Palace. You can catch Adam in action on BBC iPlayer.

The Albert Square pop-up is set to be an unforgettable dining experience so food festival fans are advised to book early.