The Empty Shop Closes with Over 70K in Donations 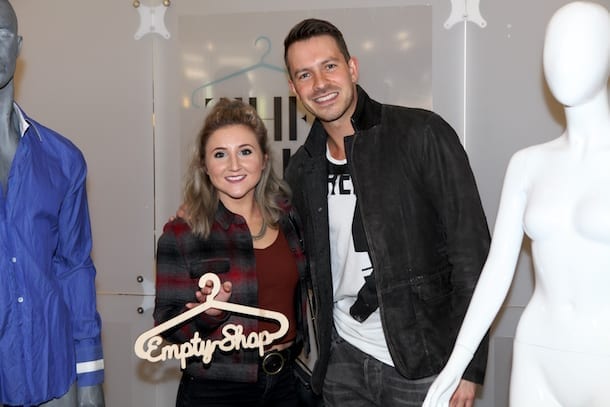 Donations were made by local celebrities, shoppers, retailers and businesses over a ten day period. The clothing will be resold at a number of events throughout the year with proceeds going to homeless charity Mustard Tree. The rest of the items will be sold at Mustard Tree charity shops in Manchester.

Twelve Manchester Arndale retailers including New Look, Evans and Simply Be, supported the event by providing donation points in their stores and offering exclusive discounts. Some staff ran their own individual social media campaigns to drum up support, and reported shoppers coming in specifically to buy items to donate straight to the cause.

N Brown Group and Bestseller, who have stores Simply Be, Jacamo and Jack & Jones in the Manchester Arndale, each donated £30,000 of unworn garments. Manchester-based design and app development agency Dreamr, co-ordinated a generous donation from some of their fashion brand clients, and also enlisted the support of boohoo.com who gave £10,600 of unworn clothing. 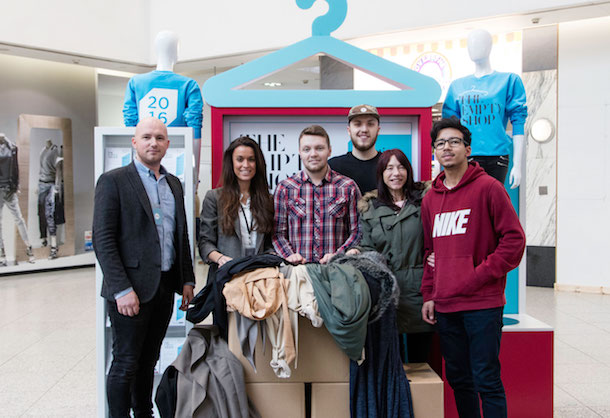 Celebrity donations included items from the wardrobes of Hollyoaks’ Jasmine Franks and Ashley Taylor Dawson, who launched the campaign, and also local singer-songwriter and star of First Dates Jsky, who donated two bags of clothing from Manchester menswear brand The Clivedon Set.

A spokesperson for Dorothy Perkins said: “The Empty Shop was a fantastic event that really rallied all the team, who got behind the cause and brought in personal donations. Customers also loved the 20% off reward and the wardrobe being in store was a great awareness-raiser.”

David Allinson, Manchester Arndale centre director, said: “Once again the city has demonstrated its generosity. The involvement of high profile brands such as N Brown Group, Bestseller and boohoo.com has given a real boost to the campaign, and the support has enabled us to deliver yet another tremendously successful event.”

Soraya Sheikh-Ambrose from Mustard Tree said: ‘Through partnering with Manchester Arndale to bring the people of Manchester The Empty Shop, we have been able to raise awareness around homelessness and raise Mustard Tree’s profile so more people know about the life transforming work we do.

The first Empty Shop sale will be held at Ziferblat on Saturday 13th February from 10am – 4pm pm. All proceeds will go to Mustard Tree.