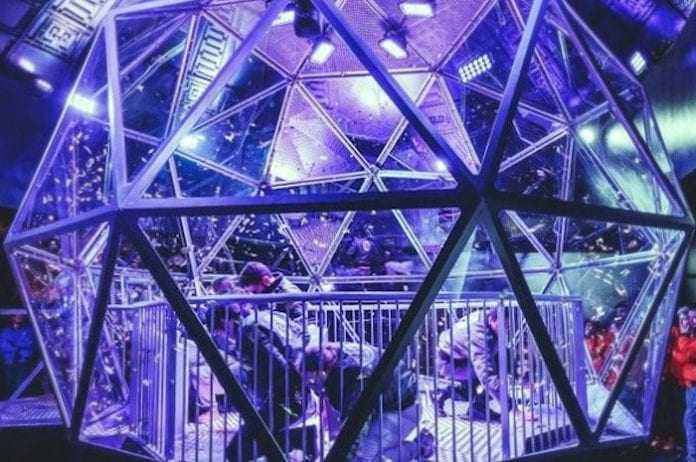 Manchester’s Old Granada Studios is to be home to a new live version of popular 90s TV game show The Crystal Maze.

Back in the 1990’s The Crystal Maze was one of Britain’s favourite television shows with a regular audience of 4–6 million viewers. Now it’s back as a live, fully interactive experience open to all.

Manchester will be the first city in the UK after London to open up the wonders of The Crystal Maze to the public and it’s set to be family friendly –  anyone aged 13+ can take part as long as they are accompanied by an adult.

You will be able to try out the same four challenge zones (Aztec, Medieval, Industrial and Futuristic) as the TV show and work as part of a team to win those precious time crystals – earning time to spend inside the iconic Crystal Dome.

Visitors will be accompanied around by Maze Masters – trained actors taking on the role of former TV show presenters Ed Tudor-Pole and Richard O’Brien.

With 4 teams set to take part per 90-minute session and 8 people in each team, it is set to capture the spirit of one of TV’s best loved game shows. A one-off celebrity special recently aired on Channel 4 featuring a number of Manchester personalities including Rio Ferdinand and Michelle Keegan.

And it might even be better than the London version thanks to the promise of a new range of games with bigger and better zones here in Manchester!

The Crystal Maze is due to open in April 2017. Tickets are on sale here  http://the-crystal-maze.com/