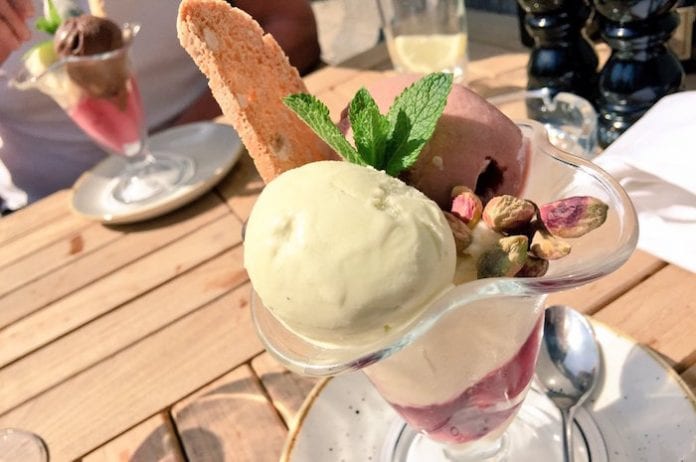 It’s a sunny day in Manchester. Strange but true. You’re looking for an ice cream and a Magnum just won’t do…

When it comes to ice cream, Manchester has a rich history. In the 19th century, many Italian families settled in Ancoats and started businesses making ice cream, selling it from carts and, later, vans. Some are still around today like Vincent’s, Marco Rea’s, and Gerard’s. The ice cream cone was invented in Manchester, and Antonelli’s have been making them in Salford for more than 100 years.

You can still get proper ice cream in town. Something made from milk, cream, sugar and eggs rather than vegetable fat, skimmed milk powder and E numbers. Just look beyond the newsagent’s freezer.

We’ve done the hard work for you.  The places on the list made it through recommendation and reputation, and are ranked according to taste and price. Enjoy. 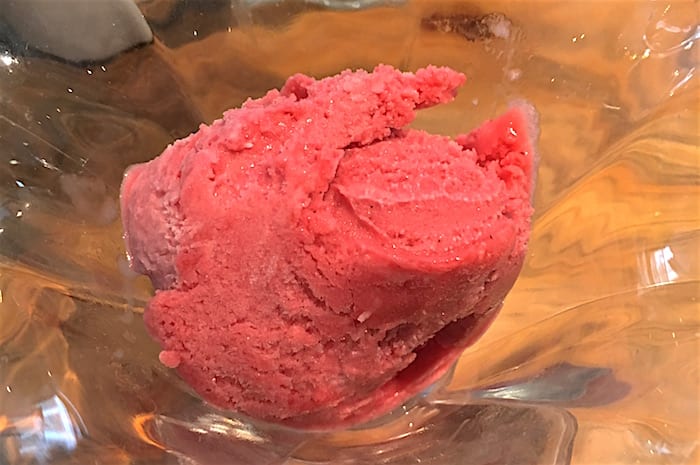 £2.25 for one small scoop of Pippo’s strawberry gelato.

It had clumps of ice in it, a confusing flavour which was a little tangy and not very strong. Didn’t look like there was any real fruit. I think I’d prefer a Magnum. 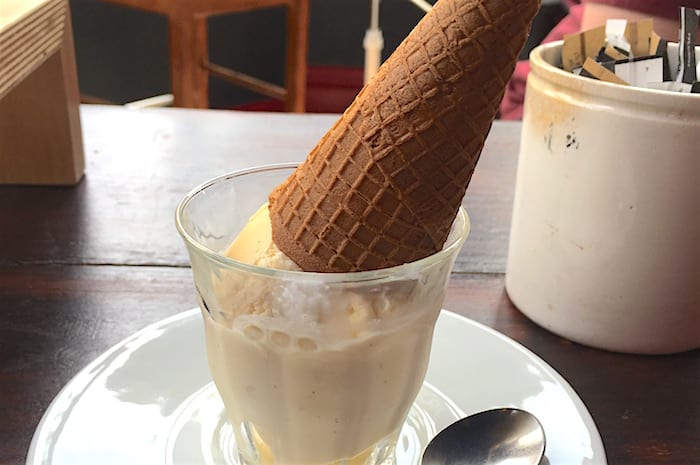 £3 for a scoop of Ndali vanilla ice cream with a cone.

It was presented in a cute little glass and the menu stated it was ‘made at kitchens in Manchester.’ It definitely tasted home made  and although it was nice, it was so milky that the flavour was overpowered. This was also the most expensive one. 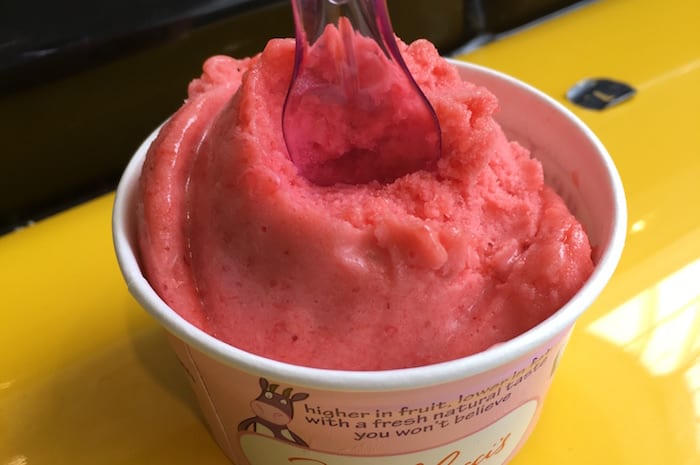 Good flavour with fruit bits in and.actually tasted like strawberries. Quality gelato, but it didn’t really have the wow factor, unfortunately. 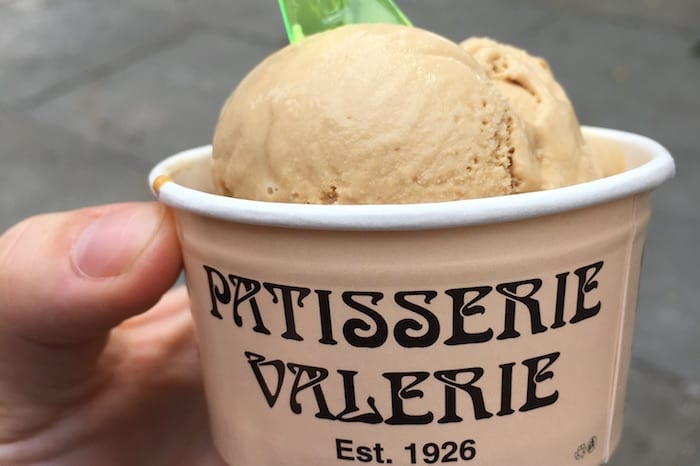 I wouldn’t normally have chosen this flavour, but on a hot day they only had three to choose from. Had a changing flavour – hints of coffee, cream and caramel with little bits of caramel which gave a nice texture change. 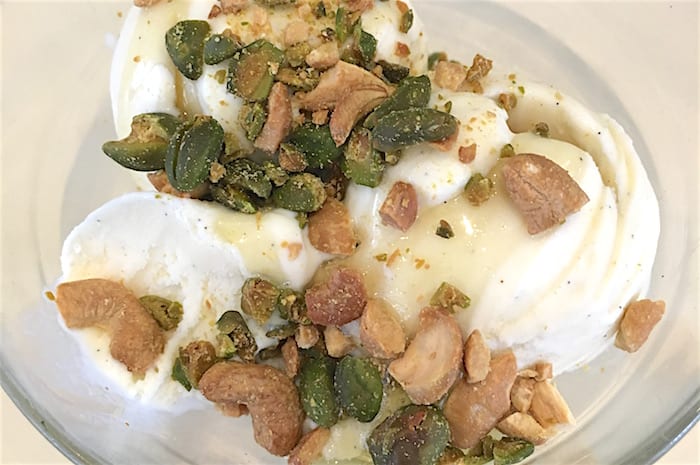 The ice cream itself was lovely – it had vanilla seeds in it so the flavour was noticeable and it was creamy enough but not overpowering. The honey and roasted mixed nuts topping was a simple choice but it worked really well. 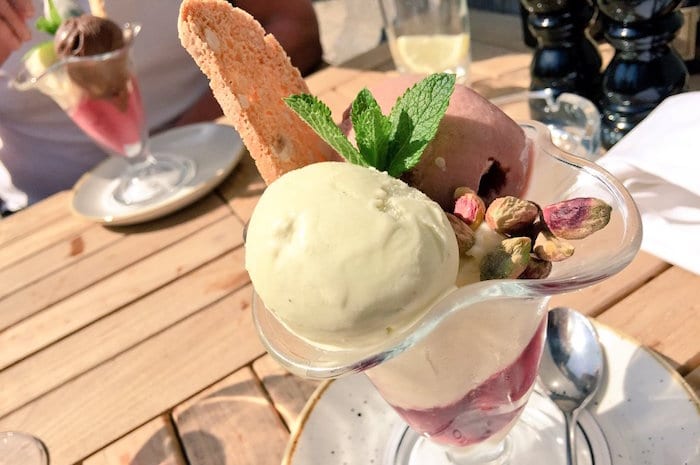 Came with a mint garnish and a biscotti. This I couldn’t complain about, even if I tried. The flavour was distinct and the texture was smooth and it was home made. But again it didn’t quite have the wow factor. 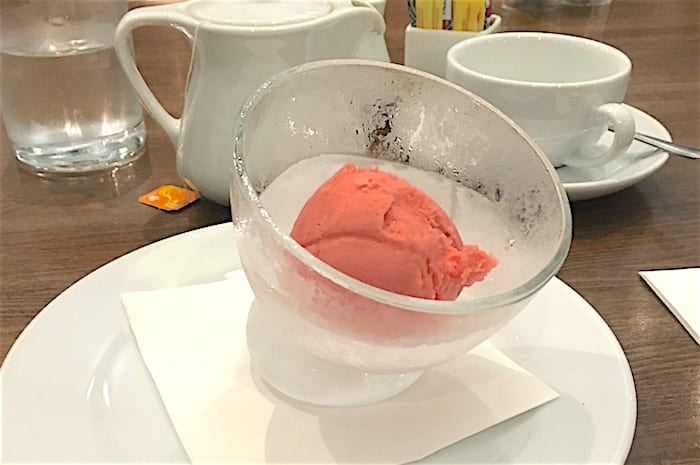 Their flavour selection was probably the best – unusual and rich, this had the second best flavour of all of the ones I tried but unfortunately the texture wasn’t too good – it was a little hard and icy. I was really impressed by this, though, and it was presented in an iced bowl which was a nice touch. 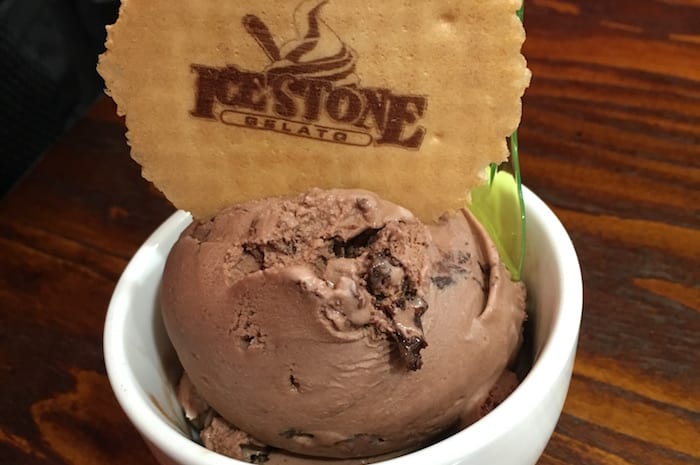 Vegetarian friendly and made fresh every day. This was really, really good, and had the actual chocolates in it, with  little bits of wafer. Loved this. 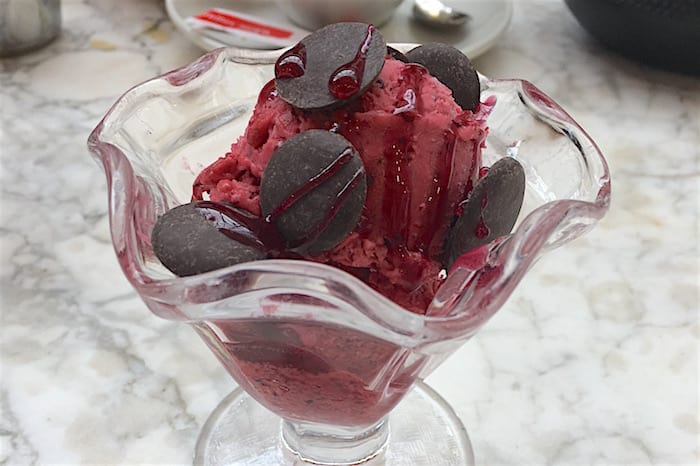 £1.50 for a scoop of blackcurrant sorbet.

This was really well priced and had the best flavour and presentation. They even gave me more than one scoop. The restaurant uses traditional techniques to make their sorbet and it works for them. Works for me, too. I’ve even been back since.

REVIEW | Gino D’Acampo My Restaurant – the good, the bad and the ara...