Ten top events in Manchester for your new 2015 diary

Manchester is known for its widespread and diverse culture, its music scene and of course the drinking. Here are our picks of some of the best upcoming events this year! Don’t miss out, get tickets early, and make 2015 the year you get involved! 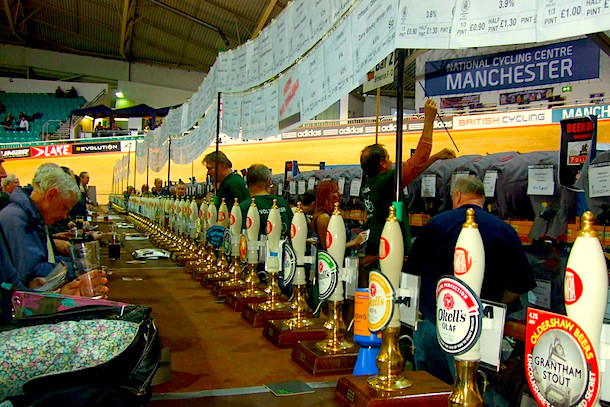 The Manchester Beer and Cider Festival is organised by the Greater Manchester Branches of The Campaign For Real Ale (CAMRA). It will feature over 500 beers, ciders and perries. As well as a massive selection of cask conditioned craft ales and traditional ciders & perries there will bottled and draught beers from around the world and the return of our real ale in a bottle bar to drink at the festival or take home. 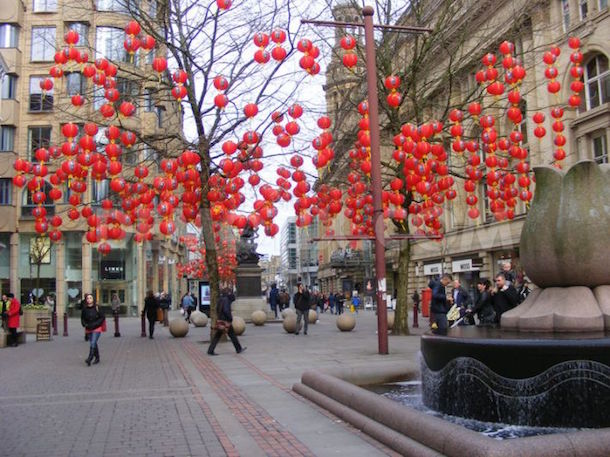 February, 2015 sees the biggest Chinese New Year celebrations in the UK outside London, hosting its largest party yet to welcome the Year or the Ram. The district will be decorated with thousands of red lanterns; a food fair in St. Anne’s Square will showcase the city’s best Chinese eateries alongside live music, performances and light shows. Cai Guo-Qiang’s installation ‘Unmanned Nature’ will be on display at the newly reopened Whitworth Art Gallery as well as a lineup of family craft events at Manchester Art Gallery. The famous dragon parade returns as the finale to the festival! 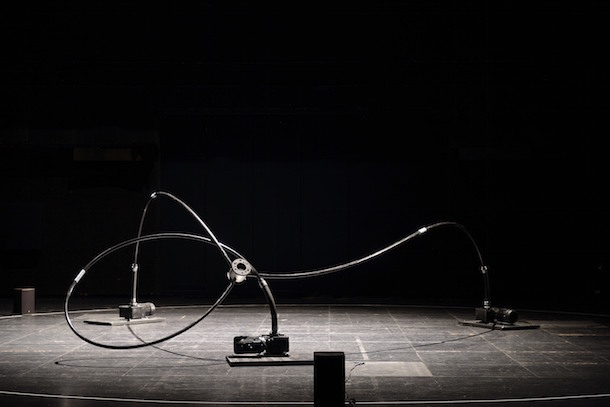 In 2015, FutureEverything celebrates its 20th anniversary. For the last two decades the festival has brought people together to imagine, shape and question the vision of a truly participatory society. A belief in the emancipatory and creative potential of new technologies runs throughout digital culture. It is found both in the open source community, and in the rhetoric Silicon Valley startups. Today the contradictions in this vision have come to the surface. 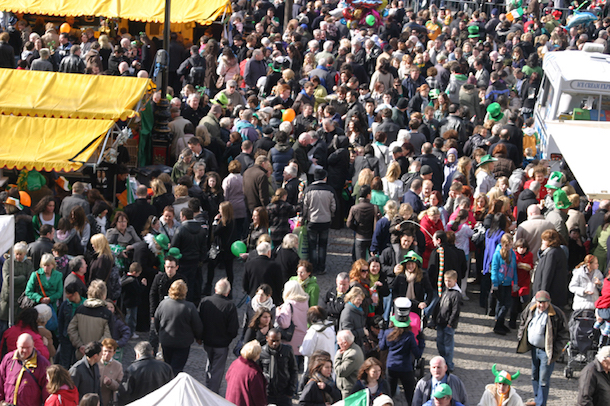 From Fri 6 March – Thu 19 March, live music, dance, comedy, sport and drinking events hit the streets of Manchester. There’s an arts based programme too which includes exhibitions, cookery and more. The emphasis is on a party atmosphere but it’s very inclusive and families can enjoy the festival as much as the hardened pub-crawlers. 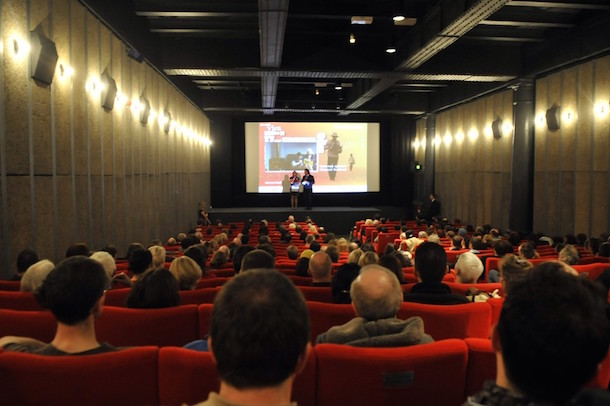 Divided into three long weekends in 2015, ¡Viva!, one of Cornerhouse’s most popular events, will present an eclectic film selection with award winners and UK prèmieres, established filmmakers and new talent, features and documentaries, and inspirational figures from the Spanish and Latin American film industries leading talks, Q&As and workshops. 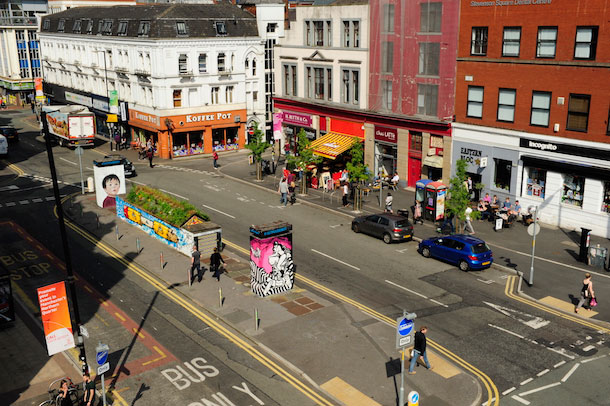 Celebrating the radical history of Stevenson Square through Mancunian women past and present. A Northern Quarter festival.

Historically Stevenson Square was declared the meeting point for protest marches, political speeches and newspaper readings. Many of the city’s most radical figures have been its women and so, as part of the Wonder Women month long celebration of women, The Ladies’ Room presents a carefully curated day of talks, workshops, tours and performances delivered by current women, and in dedication to historical ones.

The long boarded over underground toilets in the centre of Stevenson Square become the focal point of a day long programme of events in which you are invited to question the status of the square as a social space, its heritage values, and through the square’s usage during The Ladies’ Room it begs the question – how can we make better use of the square?

Venues range from a takeover of the former Koffee Pot café through to a rooftop garden, via an underground bank vault. The square itself is set to transform for 24 hours.

Europe’s biggest 10K running event has seen more than a quarter of a million enthusiastic runners take to the streets of Manchester since its establishment in 2003. The event is broadcast live on BBC and has raised over £22 million for charity. The event attracts some of the world’s top athletes on a purpose-built track in the city centre! 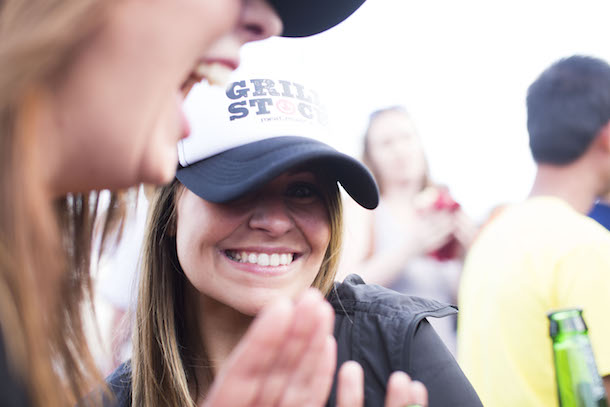 Barbecue and music fans get ready, as tickets to Manchester’s Grillstock go on sale tomorrow, 22nd October, with the biggest festival of its kind returning to Albert Square on the 30th and 31st May.

Following a sell-out 2014, hip-hop, blues, rock and country will once again be the soundtrack to the weekend, alongside the very best BBQ food and craft beer this side of Kansas.

Dozens of competition BBQ teams from across the world will light their coals and compete to be crowned King of the Grill ‘Grand Champion’ in a smouldering US style low ‘n’ slow BBQ cook-off. There are seven rounds in total, with the best of the best showcasing their skills, hoping to win over the judges with their slow smoked chicken, ribs, brisket and pulled pork. Be in the right place at the right time to sample the finest BBQ the UK has seen.

Tickets are on sale from www.grillstock.co.uk priced starting at £25 with a limited number of ‘early bird’ discount tickets available online with up to 35% off the regular price.

This year’s Manchester Day promises to be even bigger and better!

As well as the amazing parade through the heart of the city packed full of music, amazing structures and vibrant costumes, Manchester’s city centre squares will feature a dazzling array of performances, decorations and mouth watering food and drink throughout the day.

If you want to participate or volunteer in the parade or just to watch from the sideline, you can find everything you need to know at: www.themanchesterdayparade.co.uk 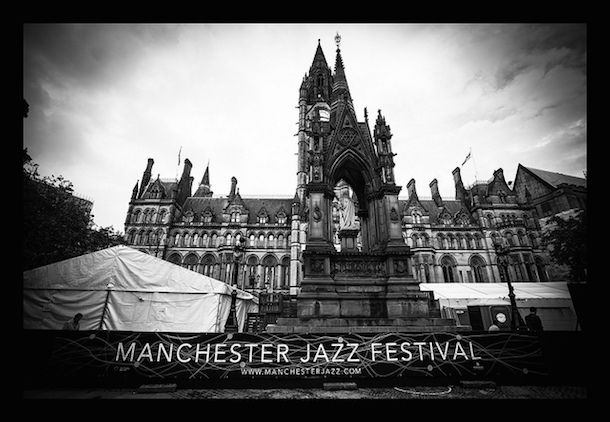 The incredible Manchester Jazz Festival celebrates 20 years in 2015. With 10 days of live jazz in the heart of the city centre and fringe events at venues like Band on the Wall, Matt & Phreds, Soup Kitchen and The Midland, this is a festival not to miss! The official line up will be released in the spring. Follow @manjazzfest to stay up to date on artist information.