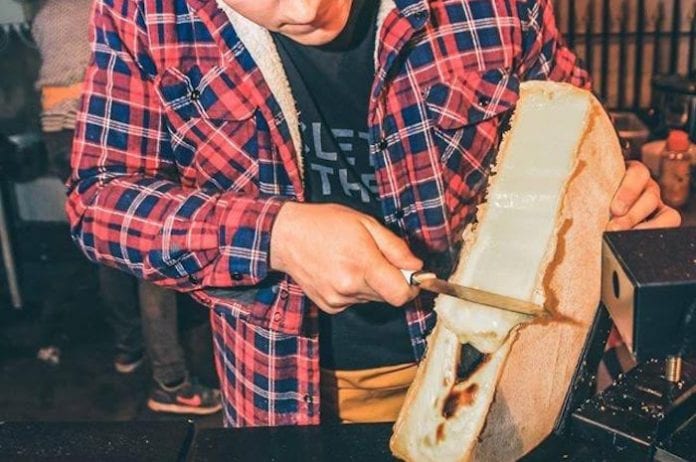 In these times of fake news and political outrage, we all need something we can believe in. This weekend, Manchester, we have been handed salvation in the guise of molten cheese.

The Raclette Brothers from London have been making a name for themselves with their incredible cheese and fondue-based dishes – staples of the apres-ski food scene. Although we’re a nation of self-confessed cheese lovers, this traditional fare served as an avalanche of freshly melted raclette is something seldom seen on the pizza and burger heavy street food circuit.

“We just want to showcase the amazing flavours and style of the dishes in the UK, while adding our own twist” says Steve Paddock. “We’re currently setting up a facility to start smoking our cheeses so that we can bring something really different and expand the possibilities for our dishes.”

Despite the closure of B.EAT Street, GRUB Food Fair still manages to successfully merge street food and a piss-up-in-a-brewery (Alphabet Brewery, to be precise) in the most harmonious of ways.

“GRUB is legendary in the street food scene and we’ve been trying to get this date arranged since we started out. For us, we’re doing this to put out some great food and have a lot of fun. That’s exactly what you get at GRUB.” 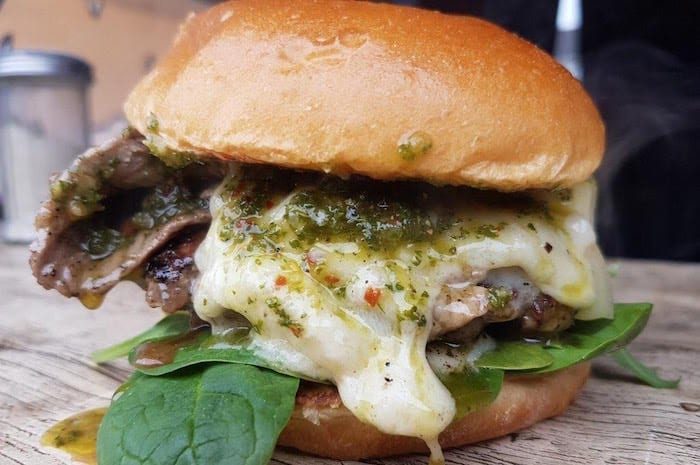 With the street food bar set high in Manchester, the Raclette Brothers have decided to offer something special for locals this weekend.

“We had to put beef bourguignon on the menu in Manchester, as well as the flavours cutting nicely through the creaminess of the cheese, it seems everyone loves the combo of cheese and gravy (as do we).”

Not content with their molten masterpieces, they’ve teamed up with What’s Your Beef for what promises to be a standout gourmet burger.

“The WYB guys really are masters when it comes to creating something special in the burger scene and that’s what everyone will be getting this Saturday. There’s some Philly cheesesteak influence and we’re going to be piling it up with aged frying steak, chimichurri and of course loads of cheese.”

Sounds like a marriage made in cheese, and perhaps the basis for more projects up north.

“Manchester actually has one of the best street food scenes in the country and the quality of the food can certainly rival any other big city, London included. It’s a very different scene to London, where casual dining is really well developed”.

Manchester is very protective of its food and drink, and there’s sometimes an inherent scepticism of traders from ‘that London place’ at times. However, this gooey taste of Switzerland, and with the blessing of GRUB, it looks like a firm date for your dairy.