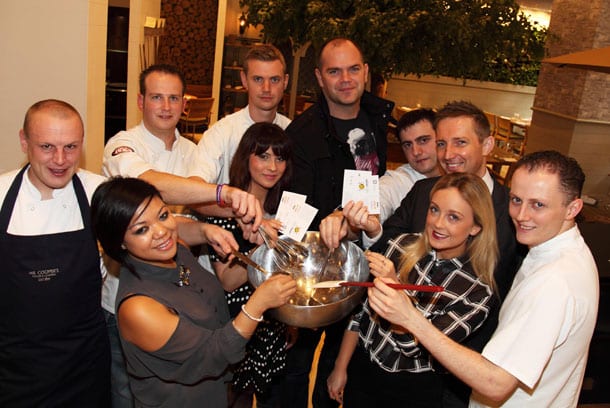 StreetSmart, the charitable campaign in which restaurants fundraise for local homeless projects, has launched in Manchester and sees a host of the city’s favourite restaurants, including some of its newest and most acclaimed dining establishments, pulling together for this good cause.

“It’s such a simple process that could make a significant difference.”

Participating restaurants add £1 to all customers’ bills throughout November and December. This a voluntary contribution and the amount is the same no matter how big the party. With hundreds of restaurants doing this nationally this small gift adds up to a serious impact on the lives of the UK’s homeless population with the 2012 campaign raising £805,000 nationally, with Manchester restaurants generating £25,000 for local homeless projects and charities.

‘We’re delighted to be able to support such a fantastic cause especially at a time of year when it’s easy to get caught up in the party atmosphere and forget those less fortunate who may find it even more difficult at this time of year. It’s such a simple process that could make a significant difference in someone’s life.’

Amanda Croome from Booth Centre Manchester is one of the city’s longest standing beneficiaries of the campaign says StreetSmart is one of their most vital partnerships:

“SteetSmart funding enables the Booth Centre to transform the lives of homeless people.  They fund our catering training programme which gives homeless people the opportunity to gain work experience in our kitchen and work for a nationally recognised qualification to help them get back into work.  At the same time the trainees cook lunches for the 170+ people who visit the Booth Centre every week.  For many of them this will be the only hot food they eat.  So everyone is benefiting.”

Restaurants can still sign up to the StreetSmart campaign at:
www.streetsmart.org.uk

This year a high profile roll call of some the best restaurants in the region are representing StreetSmart in Manchester and hoping to beat last year’s fundraising total by a long chalk!

The Grill on the Edge, Alderley Edge.

The Grill on the Alley, City Centre.

Hearth of the Ram, Ramsbottom, Bury.

Partner hotels to SleepSmart to date include: