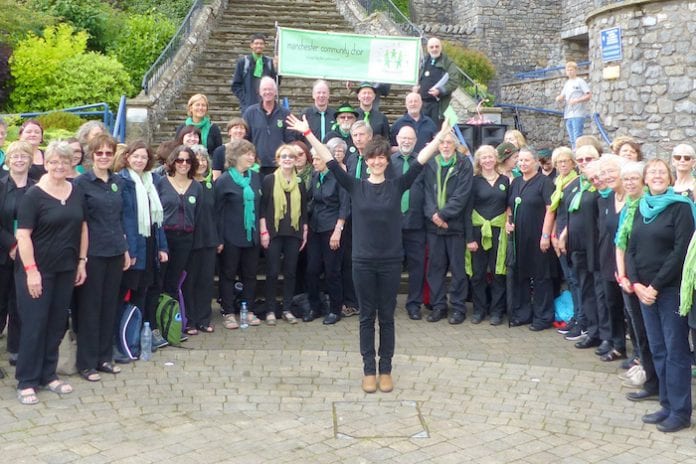 A choir of a thousand voices will perform in Manchester city centre’s Cathedral Gardens on Saturday 13th July as part of the annual Street Choirs Festival.

The performance, free to the public, will start at noon after a welcome address by Andy Burnham, Mayor of Greater Manchester.

The festival, celebrating 35 years since its inception in 1984, provides a unique spectacle and sound  and is being hosted this year by Manchester Community Choir.

Over 1,000 singers from 50 choirs from across the UK will be singing together as a single massed choir for an hour between 12pm and 1pm.

After the massed choir performance, the choirs will be performing individually on the streets of Manchester between 2pm and 5pm.  More than 100 choir performances will provide “a choir around every corner” to delight Manchester shoppers during the afternoon.

As well as a celebration of being “inspired by singing”, the event is raising money for Andy Burnham’s ‘A Bed Every Night’ initiative to support Manchester’s homeless.

Peter Willmot of Manchester Community Choir says : “This Festival is a wonderful annual event which we have attended every year for 20 years since our own choir was formed.

“We are honoured to be hosting the Festival to mark our 20th anniversary. Our 1,000 guest singers are coming from as far afield as Edinburgh, Aberystwyth, Grantham, Brighton, London and all points in between, and we are going to give them a proper Manchester welcome.”

The choir’s Musical Director, Liz Powers, who will be leading the singing, says : “The 50 choirs have all been learning a series of songs specially for this massed sing.

“The first time we’ll sing them all together will be in our final rehearsal at the Royal Northern College of Music on Saturday morning. Then we’ll all walk into the city centre to share our songs with whoever would like to come and listen.

“Bringing people together to sing is my favourite thing in the world – it will be a wonderfully uplifting and inspiring experience for both singers and audience.”

Manchester Community Choir is a 100-strong choir that meets to rehearse in Didsbury Baptist Church. The choir is open to everyone and does not hold auditions.

The choir recently sang at the unveiling of the Emmeline Pankhurst Statue in St Peter’s Square, at the finish of the Manchester Marathon, and in the Central Library as part of the commemorations marking 200 years since the Peterloo Massacre. 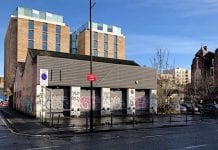