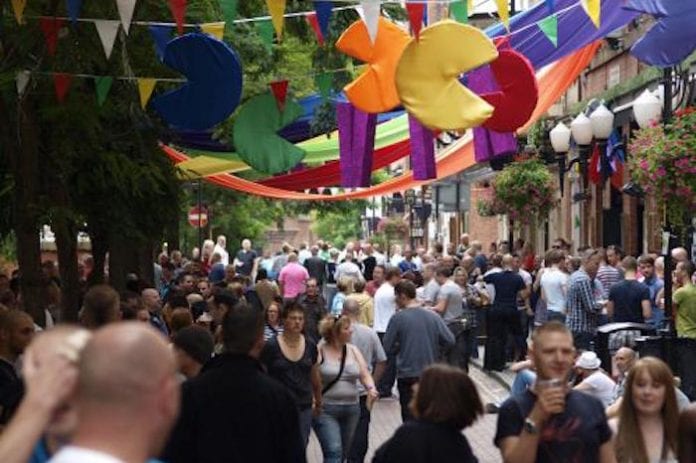 Hundreds, maybe thousands, of Mancunians will gather in the city centre to celebrate We Love MCR Day.

The I Love MCR campaign – which does NOT stand for the band My Chemical Romance – instigated by our civic pride after the Manchester riots culminates for We Love MCR Day on 26 August. Who’s coming along to show their support?

With the I Love MCR logo proudly displayed in homes, businesses and on t-shirts around the city, the campaign’s been more successful than anybody could have imagined.

Friday 26 August will see Exchange Square become the focus of the We Love MCR day activity, with live performances taking place on a specially constructed stage from 4pm – 6pm. Performances will include one by the Reclaim group, who’ll be performing their Manchester song, and a local steel band.

A mass ‘tweet up’ has been arranged for 5.30pm, when people will be asked to tweet their messages of love for the city using the hashtag #ILoveMCR to help put our city on the global trending map.

Andrew Stokes, chief executive of Marketing Manchester, said: “We have been overwhelmed by the city’s response to the campaign. Mancunians are rightly proud of their city and ‘We Love MCR day’ will be our way to show the rest of the UK and the wider-world what real Mancunians are made of.”