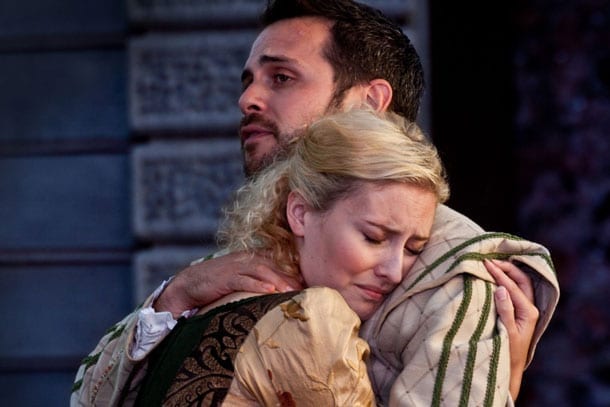 Manchester is famed for its culture. And Mancunians love nothing much more than mixing culture with booze, especially in the rare sunshine. Needing no introduction, Shakespear can be watched from the comfort of The Lawn Club or The Long Bar, Spinningfields this summer.

In conjunction with GB Theatre Company, Spinningfields is set to offer even more al fresco entertainment on The Lawns, with its first ever open air Shakespeare performances.

Founded in 2010, GB Theatre Company produces some of the country’s most spectacular open air theatre. Bringing classic plays to audiences around the UK and Europe, it has quickly gained an excellent reputation for staging outstanding drama. This is the first time the company will have included Manchester within its tour, with The Lawns at Spinningfields providing the perfect venue, with a space for up to 400 theatre goers.

The cast for both performances includes sister of Kenneth Branagh, Joyce Branagh as Lady Macbeth, alongside Mia Keadell, Aonghus Weber and Jenny Johns to name but a few.

Performed in traditional costume with little or no set, the plays will be performed in celebration of the 450th anniversary of Shakespeare’s birth.

Tickets are now on sale via the website and expected to sell-out quickly: spinningfieldsonline.com/events/shakespeare