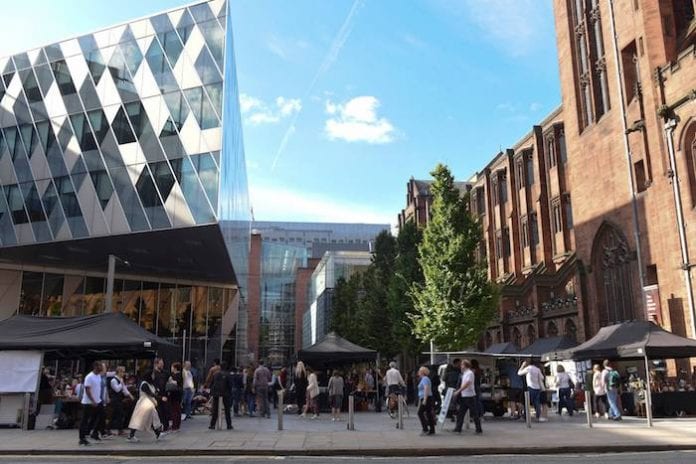 If you’re heading to Spinningfields this weekend, look out for hordes of Londoners.

That’s because The Evening Standard, the daily evening newspaper for London, has been writing about Manchester again. And this time they’re not writing about The Northern Quarter or Ancoats.

The Northern Quarter may be good for a ‘boozy night out’, says The Standard, but foodies should head for Spinningfields.

One of Europe’s most successful regeneration projects has created an absolute hub of flavoursome fare in the heart of the city, says the paper.

“City guides often tell non-natives that the Northern Quarter is the hub of ‘new’ Manchester, and while it does indeed make for a brilliantly boozy night out, it’s financial and commercial hub Spinningfields that’s fast establishing itself as the city’s culinary quarter.” 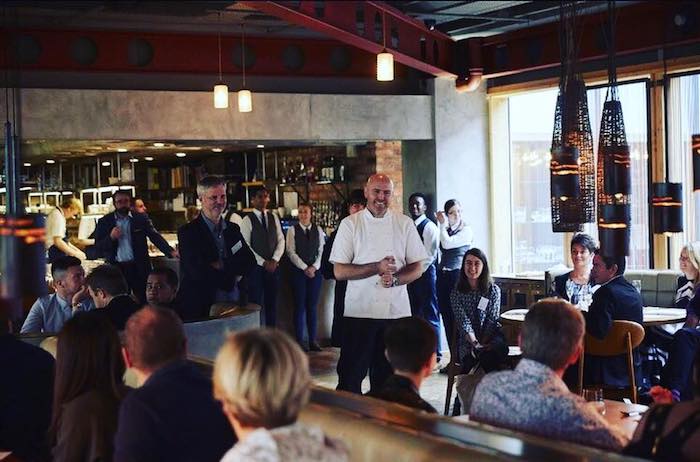 So where does The Standard tell its readers to head to? Gastronomes would be silly to miss Australasia and Manchester House, both of which are ‘under the radar’.

Spinningfields may look a little like the Mancunian version of Canary Wharf, says The Standard, but it’s so much more than a ‘booze and business’ district.

“Even if Messrs Michelin haven’t yet come on board,” it continues, “there are plenty of palette-pleasing reasons to venture out of London next weekend.”

The evening newspaper goes on to mention the ‘best from the rest’, comparing ‘it may look like Manchester’s take on the Canary Wharf, but Spinningfields is so much more than a booze and business district. If you’re in town for a week, Australasia is sandwiched by outposts of Gaucho and Hawksmoor, both of which have become popular additions to the neighbourhood. The Alchemist in Aldgate is a staple spot for great cocktails in the capital, but its first and original bar started life in Spinningfields. For less formal bites, there’s Thai street food restaurant Thaikun, bistro-style lunch spot Artisan and South American rodizio Fazenda.’

So next time time you’re in Spinningfields, instead of fighting the traffic immediately after leaving work, why not stop by at one of Manchester’s top watering holes for a beverage or two and some top notch fare. The Standard said so.