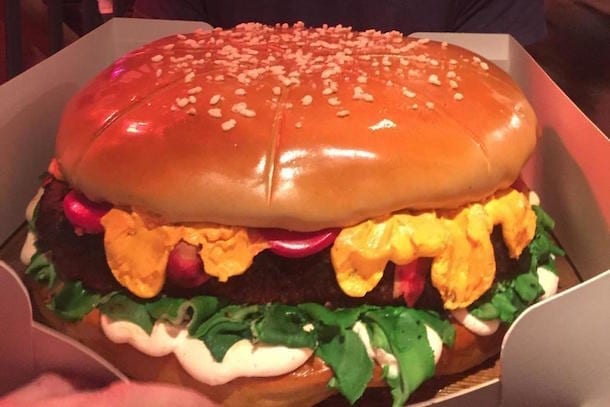 Last night the launch party for the new Solita restaurant in Prestwich raised over £3,000 for homeless charity Not Just Soup.

All food and drink at the event was free of charge but attendees were asked to donate £20 for their ticket.

Solita set up Not Just Soup earlier this year to provide hot meals, sleeping bags and toiletries to some of the city centre’s homeless and most vulnerable people.

It has taken over the former Aumbry restaurant and the adjoining Bombay takeaway on Church Lane to create a brand-new 40,000 sq ft bar and restaurant, which will have 140 covers and featuring well-known dishes such as the ‘Big Manc’ burger and its signature steaks cooked over charcoal on one of the restaurant’s two Inka grills.

The interior features artwork by well-known Mancunian illustrator Stan Chow and the first Marvel comic book neon ceiling in the UK – made by Bolton-based Neon creations and Manchester graffiti artist Russel Mehan. The décor also uses historic images of Prestwich, including the Astoria theatre that stood nearby until the 1960s.

Owner Franco Sotgiu said: “We didn’t want the usual restaurant launch party with the same old faces. We wanted to raise awareness – and money – for the Not Just Soup charity.”

Tonight our lovely guests helped raise over £3000 for @notjustsoupMCR to help the homeless of Manchester.

The restaurant opens to the public tomorrow ( 22nd August) with a two-week soft launch period.

Solita already has restaurants in the Northern Quarter and Didsbury and has also signed for a unit in the Barton Arcade in Manchester city centre, which is due to open next year.