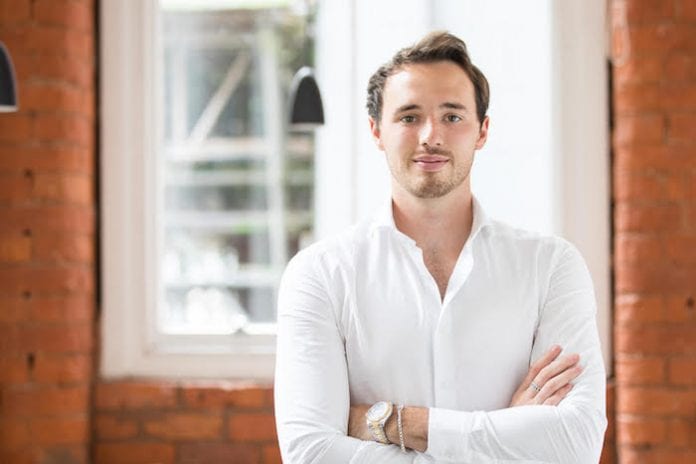 The boozy world of networking has arguably become part and parcel of Manchester’s start-up culture, but one city entrepreneur says that banning the booze was actually the root to his start-up success.

Social Chain co-founder, Dominic McGregor, believes that it has become the norm for young entrepreneurs just starting out to treat their early start-up days like an extended period of university with booze-filled nights out ‘networking’.

For him, however, his decision to stop drinking not only improved his health but also his
leadership. And as a 25-year-old responsible for running a multi-million-pound company, he should know what he’s talking about.

McGregor’s high-flying tech firm, Social Chain, is a start-up success which he co-founded
with CEO Steve Bartlett in 2014.

“It’s not easy running a business at such a young age; there are inevitably a lot of pressures so it would be very easy to turn to alcohol to relax and give yourself that bit more confidence.

“However, the long-term affects of this are significant and, if you’re serious about success, I truly believe you need to have a clear head and to be strong both mentally and physically. Alcohol can be detrimental to your mental health and ultimately the success of your business”, says Dominic.

He continues: “In my view, you can really see, in Manchester in particular, that the start-up entrepreneurial scene has most definitely become booze-driven. There are even start-up facilities with alcohol available on tap. For anyone who is really serious about starting a business and is looking for rapid growth, I think their priories are all wrong.”

The debate kicks off at 5.30pm and concludes at 7.30pm with open networking taking
place either side of the debate and refreshments available from the bar.