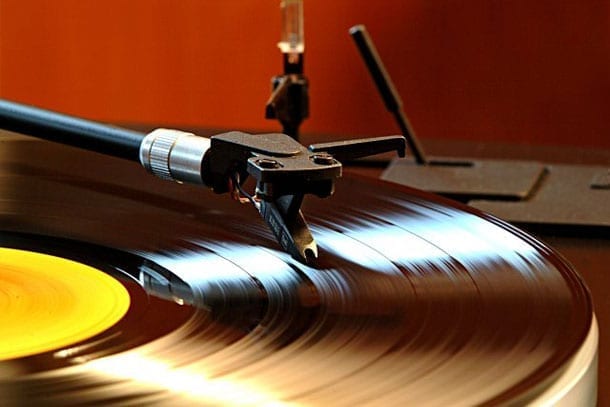 April 16 is Record Store Day, the annualBBC Music-sponsored celebration of independent record shops. It sees a number of specialist releases every year – new tunes as well as repressings of old favourites but what is particularly impressive this year is the number of Manchester bands with RSD releases.

The Buzzcocks’ The Way and A Different Compilation are being released on white numbered vinyl. Trouble Understanding, a great piece of The Charlatans’ back catalogue which has been remixed by Fatboy Slim, will be coming out on a black disc. And Dr John Cooper Clarke is re-releasing his 1978 spoken-word LP Ou Est Le Maison De Fromage (or Where Is The House of Cheese) on coloured vinyl!

Manchester is also putting itself on the musical map through icons The Fall who are rivalling Elvis for the largest number of RSD releases this year. Their The Classical LP is having a debut vinyl pressing whilst The New Thing/Various Times will be coming out on a coloured disc.

And that’s just a few examples. Many more Manc artists are bringing out stuff including James, Ian Brown and Blossoms. But the best way to find out more is to visit stores like Vinyl Exchange, Piccadilly Records, Eastern Bloc and Vinyl Revival. Another record store pulling out the stops for the day is Soundwaves Here We Come on the second floor of Afflecks. It stocks vinyl old and new, as well as musically-inspired art, fashion pieces and collectibles. It’s also home to Manchester label Valentine Records.

Valentine Records co-founder David Fox believes Record Store Day is an important event in Manchester. “In an age where on-demand/digital is the dominant medium for acquiring and listening to music, it’s vital that we find ways to reimagine and maintain a physical relationship between music, space and community. Proper grass roots live events and real, bricks and mortar record shops and venues are even more important than they were just a decade ago. It’s not about pile-them-high high street chains anymore, but the individual independent stores, venues and promoters that drive this sense of community, personality and purpose. It’s the conversation with the person stood next to you thumbing the racks, the hidden gem you weren’t expecting…”

And there are plenty of opportunities to discover some hidden gems on April 16. The Manchester Record Fair is a unique opportunity to browse a whole host of vinyl all in one place at Sacha’s Hotel next door to Afflecks starting at 10am. Get there early and see what you can find!

Music in Manchester has a history of inspiring creative cultures, resulting in lots of live action. Expect all three at cult NQ record store Eastern Bloc which not only boasts some of the quirkiest dance and electronic vinyl around, but will be hosting sets from both Roni Size and Krust in store.

Diverse live sets on throughout the day prove that the music scene still matters here, even in the age of the download. Why not check out Soup Kitchen who are hosting an all-day live event? The Hipshakes will be celebrating their new record release Snake with live music at The Ruby Lounge whilst Vinyl Revival have an in-store gig, too. Performing will be the Tom Hingley Band with the Inspiral Carpets’ frontman sure to set the stage alight along with his very hot legacy of 80’s and 90’s records. 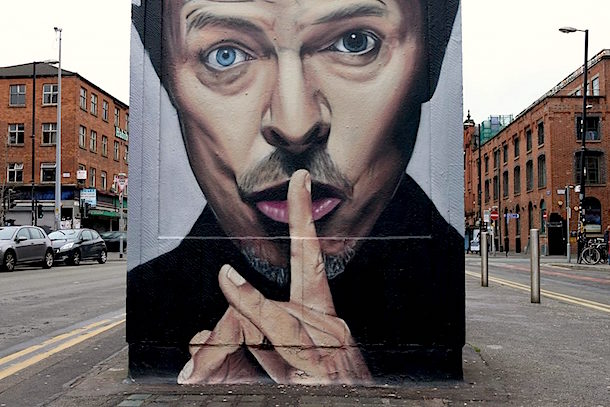 There’s also a Bowie tribute coming to Manchester in the form of the RSD craft corner complete with face painters ready to transform you into whichever Bowie incarnation you choose!

If that’s not enough, relaxed NQ bar Trof will be spinning records from 4pm and going well on into the evening, with soul, funk and jazz to get you feeling the groove.

If you’re looking for a more pop-rock feel then The Deaf Institute will take you into the early hours with the city’s own band Horsebeach as well as many more Mancunian live acts including Blooms, Move and Sprinters, all topped off with Piccadilly Records DJs – proving that live sets and music retailers will be joining forces to celebrate Record Store Day 2016 in style.

If you’re are not tired out by the early hours, head down to Joshua Brooks where an RDS special knees up of top techno tunes and two turntables is being hosted by much loved promoters Tussle and Doodle. You can even spend Sunday recovering with a film screening in tribute to the record-driven culture and the joy of being a music fan, with the iconic 1995 films Empire Records and High Fidelity showing at Gorilla from 5pm.

Manchester will be buzzing on Record Store Day. Why not get involved? For more information visit recordstoreday.co.uk and venue websites.