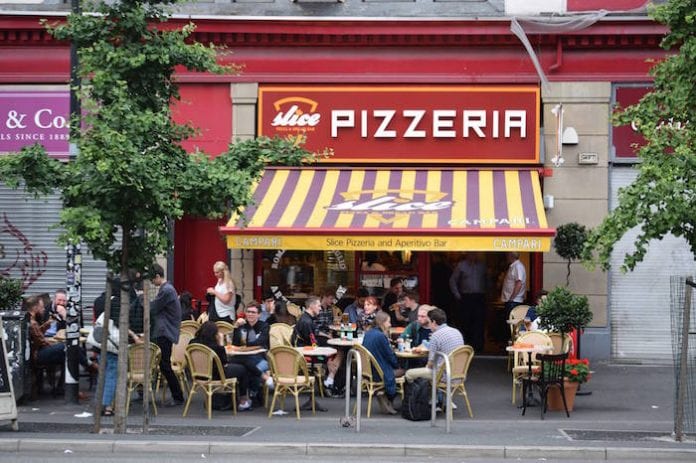 Popular Northern Quarter pizzeria Slice has hinted that it will be reopening again this year after a very lengthy hiatus.

The much loved romana pizza and gelato shop on Stevenson Square initially closed its doors over a year ago, promising fans it would be reopen by Spring 2019.

That date has since come and gone, leaving fans none the wiser as to when they’ll next be able to get their next pizza fix.

Social media updates from bosses indicated that they were initially closing for “major and exciting refurbishments” but since then many weeks passed, with followers commenting on the original post eager for updates.

Replies from management alluded to issues with the building’s structural integrity, saying that the unit had been handed back in a “very poor state indeed and with no involvement from building regulators.”

They added: “We are having to rectify that and make it safe before we start on the shop fit. We miss Stevey Square!”

It’s now been 54 weeks since the original post went up, leaving Slice fans somewhat in the dark as to whether they were still planning on going ahead with the refurbishment.

Initially it seems that they were forced to close in order to deal with an asbestos issue in the building block the eatery is housed in.

But now there’s a glimmer of hope for fans after a new banner has appeared in the window promising “A Fresh Slice 2020.”

For now, that’s all we’ve got to go on – but it’s certainly better than having nothing at all. Someone let the dedicated Redditers know on their thread, quick.

Fingers crossed we’ll be queueing up at the hatch for our boozy post-midnight slices again in no time.