Sketch and the city: meet the man who drew Manchester from memory 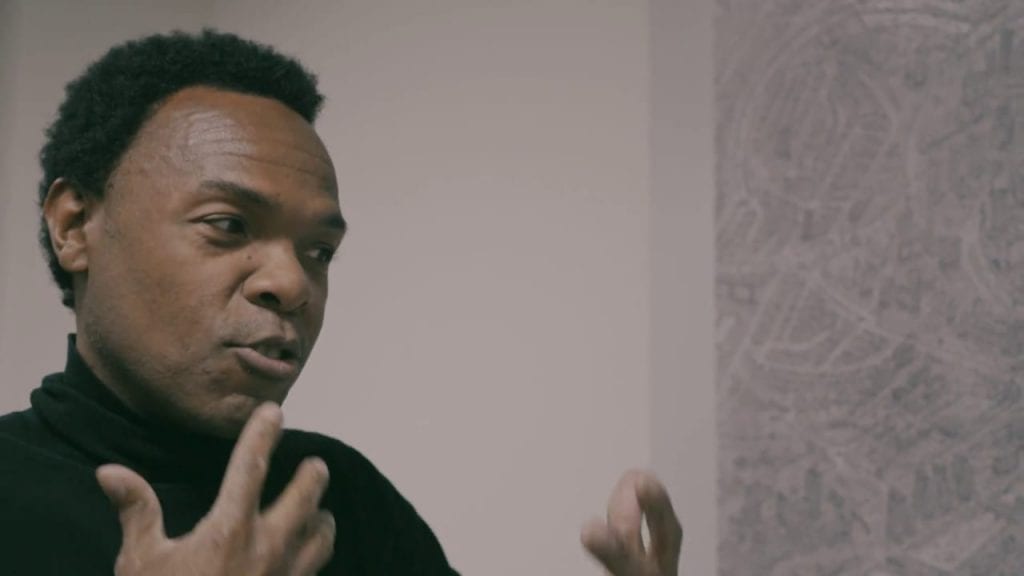 Carl Lavia, aka Sketch, is not your typical London lad. He’s an adopted Mancunian whose huge bird’s eye view drawing of Manchester is now on display in Central Library.

The map covers an area from New Islington in the east to Media City in the west, the Green Quarter in the north to Piccadilly Station in the south, with some parts of the city centre like the Northern Quarter, Oxford Road and Canal Street portrayed in minute detail down to street lamps and rusty cranes.

He started his artistic journey sketching Birmingham and then made it his mission to capture all 69 UK cities.

He spent seven weeks walking round Manchester to get a fresh outlook on a place he called home back in the early 90’s. 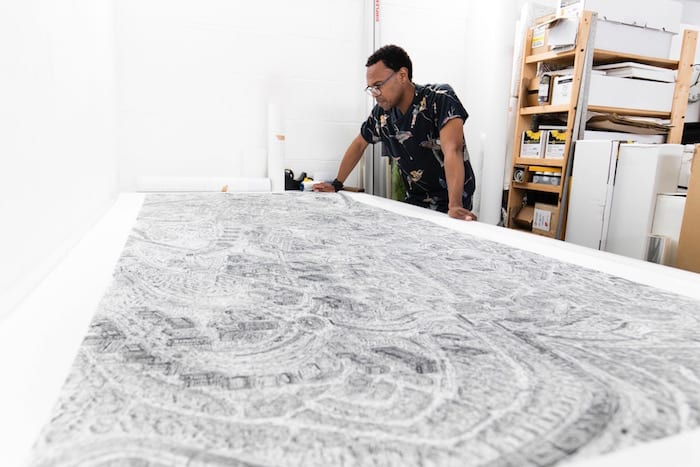 “I guess I fell in love with the city,” he said, when I asked him why he chose to draw Manchester. “It’s a very similar city to London.”

“But better obviously,” I added.

“Definitely better,” he smiled. “It’s got the football but it’s got the music, it’s got the comedy and of course, it’s got the style. It’s always had a great sense of itself and that’s what I love so much about this city.”

So what about his art? How did it all come about? Well, as the name suggests, Sketch started his artistic career in the office, sketching things from his imagination when he probably should have been tallying up mergers and budget balances.

He would nick paper from the photocopier and start doodling whilst on the phone, on his lunch break, and in meetings. The results were technically brilliant sketches that had been captured on paper.

“I actually got given license by my managers to sketch and they allowed me to get away with it because it was so interesting to them. I became known as the guy who would sketch really intricate cities and bring them to life.” 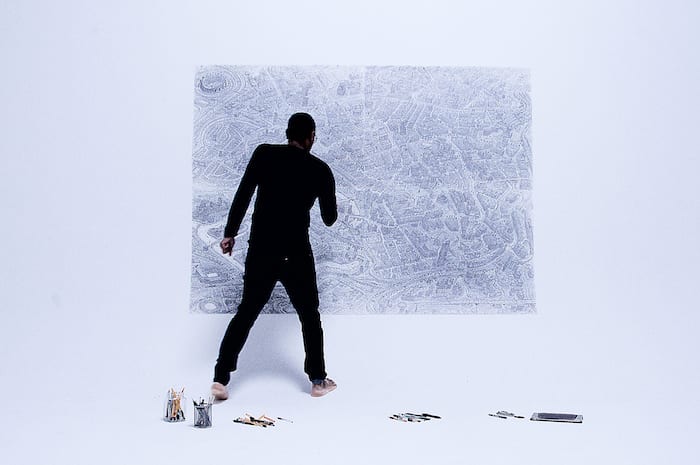 So next time you’re doodling whilst on the phone to Janice from accounts, think of that.

He is a huge advocate of doodling and the power of artistic freedom. He says it’s a way to sculpt your own reality, so even if you’re sitting under the fluorescent halogen lights of an office, putting pen to paper transports you to a whole new world with the help of a trusty bic pen of course – or, in Sketch’s case, about 20 of them.

We’re all so busy getting on with our lives that sometimes we forget to look around and appreciate the place we’re living in. Sometimes a change in perspective can help you to see things more clearly.

The drawing of Manchester is a way of seeing the city from a whole new point of view.  You get to see parts of it you usually take for granted on the mad dash from the train station to work or doing the frantic weekly shop. It’s a subtle reminder that our city is both intimate and constantly growing. And that’s a nice mix.

Sketch’s Manchester 2m x 1.5m ink sketch of the city of Manchester is on display in Manchester Central Library. Limited edition prints are available at www.sketchnthecity.com

Read More »
September 28, 2020
PrevHave you read?From Russia without love: was the woman who slagged off Manchester on a Kremlin mission?
Next read...Manchester’s first five-star hotel sold to Singaporean investors for £50millionNext