With new lockdown measures introduced amid rising coronavirus cases across the country, more questions have been raised today about whether Manchester’s famous Christmas Markets can possibly still go ahead in 2020.

Manchester Council has still not made a decision on what will happen with the huge festive event – which traditionally starts in November and runs right up until December 23rd.

Market traders have been told to expect a final decision by mid-September.  Although hopes are fading that it will go ahead, particularly after Birmingham Council became the latest authority to announce its popular German Christmas Market will NOT be happening this year.

The timing of that announcement was telling – coming after Prime Minister Boris Johnson told the nation that from Monday, September 14th we will all be bound by the “rule of six” which makes it illegal to meet in groups of more than six people in social settings.

It is thought the “rule of six” could remain in force throughout the winter months – and it’s likely to disrupt festive gatherings and parties that traditionally would take place at events like the Christmas Markets.

While we wait for the formal decision, our readers have had plenty to say about the topic on our Facebook and Twitter pages over the weekend – with many good suggestions about how they could still go ahead including with ticketing or time slots.

Here’s a round up of the discussion so far.

What you are saying about the Christmas Markets 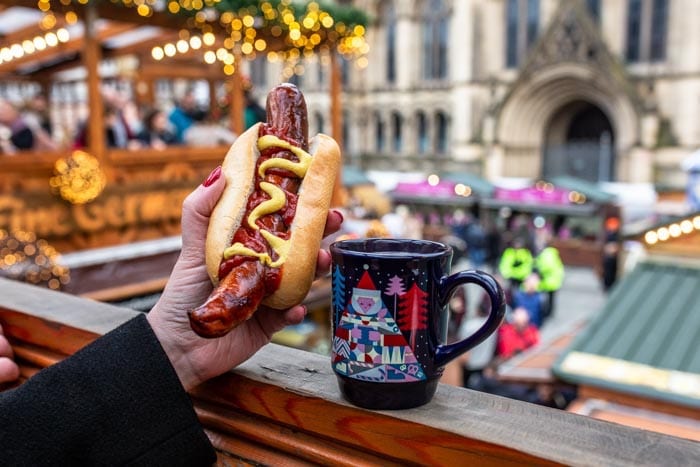 The majority of our readers commenting on Facebook and Twitter believe the markets should NOT go ahead this year in its current form, although others feel a scaled down version could still work with correct social distancing measures.

Nicola Selby said: “As much as we love and look forward the Christmas market it’s just not the time this year. I certainly wouldn’t feel comfortable going. Feel the whole of Christmas is going scaled down this year. We will look forward to it far more when we can enjoy it safely.”

Nick Gardner Roberts said: “Hard balance, a scaled down social distance version to support the Manchester economy. As it brings many many visitors to the city or nothing at all to prevent mass gatherings?”

Meanwhile Danni Pindoria-Stott said: “Its lovely to go to the markets and feels like Christmas is best when the market’s come, however with how this year has been then personally I would say no and yes we do need to put money back into the UK but this not should be from the markets, the government should be doing this and helping local businesses. If I am not allowed to go and see family then why would I go to the markets were it will be packed, people coughing and sputtering everywhere and not wearing mask. It might only be for a few years and the market’s can return and if they don’t then go to local businesses because what you buy at the market’s you can get locally.”

Helen Stonier added: “I absolutely love love the markets and it’s been my birthday weekend treat for the last 5 years- but being as people can’t follow the rules in Aldi on a Saturday afternoon, then chuck 5,000 people into the mix of a small area, with a little mix of alcohol!!! Not a chance!!!! There will be non existent face masks, no social distances, because that will be virtually impossible.”

Sharon Rae added: “We love going to the markets but this year I’ll make do with a home-made barbecued sausage in a stale bun. No drama – Xmas 2021 will soon be here.”

But others believe they definitely SHOULD go ahead this year.

Jill Schoonjans said: “Yes they absolutely should. Otherwise in the futile attempt to eliminate all death, we will extinguish all life. Do people really want to live in a prison of protection or do we just learn to live with this virus, as we do with every other virus and disease? Lockdown was always supposed to be temporary. It really is time to crack on with living.”

Others believe a ticketing system and timed slots to attend the markets could be a way for them to go ahead safely.

Jen Grace said: “The Manchester Christmas markets are so important for the city, but over the last few years they have gotten out of hand a little in terms of crowding. The thought of going to them on a weekend in ‘normal’ years is bad enough. Maybe they could scale them back and spread them out a bit more, or at least run certain area on a ticketed capacity.”

While the traditional Manchester Christmas Markets do see a number of traders from overseas head to the city for the festive period, the majority of stalls in recent years are from local traders.

But our readers believe this year the focus could be solely on local traders to ensure we are doing our bit to support the local economy.

Kerry Ann Carrick, commenting on Twitter, said: “Maybe the Christmas Markets on a smaller scale – only inviting local businesses to take a stall? That way still providing an incentive to visit the City Centre but focussing support on local and independents.”

Sam Wall said: “Would love it if they were and it encourages important spend at our local stores … I’m hoping it’s not a Xmas where Amazon and the like benefit more than our essential local businesses. I think it’s too early to say if this should happen or not from a COVID perspective.”

Or support local indies instead?

But many believe it’s the perfect chance for people to invest in local business instead.

Grzesiek Siwek said: “All the pubs take a major hit when they show up. Give it a miss for once. Helping local pubs instead and keep hospitality industry going.”

Chef Stuart Valentine said on Twitter: “Let all the independent restaurants shine and show what they can all do.”

It’s all outdoors… just space it out more

Many point to the current Government guidance that says events outdoors pose a much lesser risk of the virus spreading. And outdoor markets have been legally allowed to take place since June across the country.

Jayne Heywood said: “If markets are taking place now why can’t Christmas market take place? Maybe have slightly less stalls than usual and space them out more but otherwise I say it’s fine. It’s outdoors, which everyone seems to be suggesting is safer.”

What do you think? Have your say about the Christmas Markets on our Facebook page. 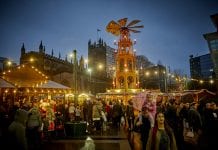