Over 40 free pop-up events will be held in unusual places around the city centre for a week in July to celebrate Manchester’s status as European City of Science 2016.

The Science in the City Festival will be based at Manchester Metropolitan University’s Number 70 Oxford Street where there will be free informal talks, discussions, debates and workshops with scientists and technologists from different disciplines.  There will also be Royal Society talks by biologist, Professor Kathy Willis and British environmental journalist, Gaia Vince.

There will be so much going on you’ll be spoilt for choice but keep an eye out for:

This ground-breaking art commission by media artist Kasia Molga will be premiering at the festival with performances happening around the city centre. The outcome of this project is a piece of highly specialised wearable technology that illuminates in accordance with the wearer’s breathing and external air pollution data.

Allotment of the Future and the Climate Change Café

Have you ever wondered what it might be like to have bugs for breakfast, algae for lunch, or grow crops from used coffee grounds? Visit the Allotment of the Future in St Ann’s Square to explore how we could make the most of our urban spaces to grow food and take part in experiments, tastings and conversations about the sustainability of our future.

Other highlights of the festival include Science Friction – a collection of films at HOME that explore science and scientific discoveries – the Manchester Robot Orchestra, The Mars Society’s first UK University Rover Challenge taking place in Cathedral Gardens, Tiny Science – events for younger children – and Science Lates for the adults. 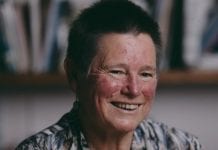 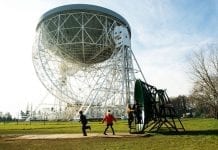 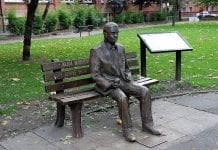