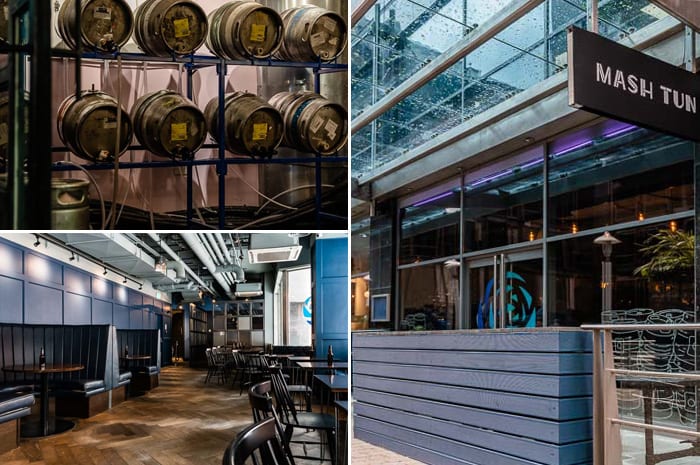 Take a look inside Manchester’s new urban beer house where you can tuck into 10 different sausages, mash and gravy combinations alongside 24 different cask ales.

Mash Tun opens on Friday 3rd May at 5pm with a launch party open to everyone who subscribes to their newsletter – with free-flowing beers, unlimited hot dogs and beer ice cream to try.

We had a sneak peek inside the bar which has taken over the former Grafene fine dining restaurant just off King Street – and completely turned that concept on its head.

It retains much of the dark blue booth seating but added a huge new bar where you can check out that impressive array of ales – and an exposed cellar so you can see all the casks.

There’s also a new stage area emblazoned with the Mash Tun logo where live music will be performed on most nights of the week.

Mash Tun is the brainchild of Adam Regan, Scott Martin and head chef Nick Moore who between them have a wealth of experience in hospitality – including the kitchens of Michelin Star restaurants. Among their many talents they make their own Fundamentum bread and brew their own beer.

They believe that with Mash Tun they’ve got a truly unique offering for Manchester – a laid back vibe, great food and great beer and music until 4am on weekend nights.

As for the menu? As you might expect, it’s the £12.50 sausage and mash section that catches the eye. 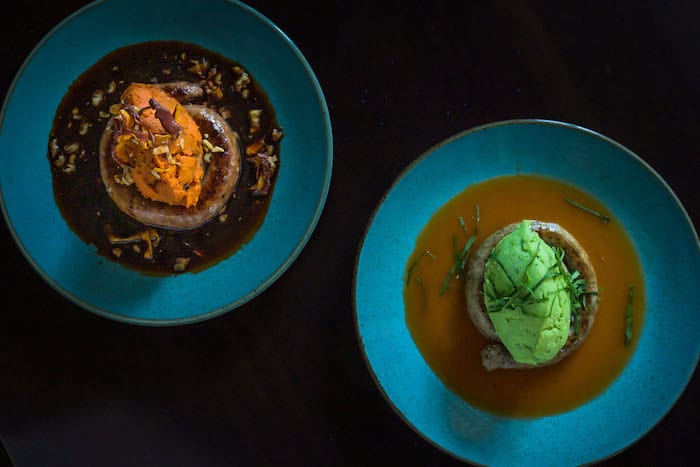 You get to choose from 10 different sausages (including smoked beef brisket, chicken and cumin, pork and marmalade and roasted mushroom), 10 different kinds of mash (think three cheese, roast garlic and salsa verde and crushed sweet potato and walnut) and then add one of the 10 different gravies (including beef and red wine, redcurrant port and sage, short rib and stout).

There’s also an early menu served from 10am to 5pm including sandwiches, small plates and salads. The late menu (from 5pm to 10pm) will include bigger plates and steaks off the Inka grill.

For anyone heading along to watch live music on gig nights Thursday, Friday and Saturday, they will be giving away FREE beer and FREE hotdogs to have with your beers until 4am! 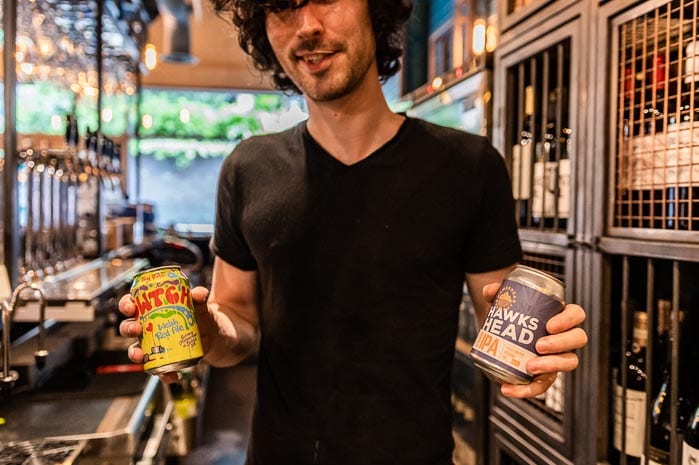 Adam said: “We wanted to bring something different to Manchester. The whole concept is it’s not serious, it’s fun, it’s laid back and chilled.

“We want it to be a destination venue where you come in and we will look after you.”

Front of house is led by GM, ex-Randall and Aubin and Peter Street Kitchen manager Finn Jaradd, who said: “It’s a great venture. There’s nothing like it for a venue of this size offering what we’re doing. We’ve turned Grafene on its head from a very expensive, fine dining venue to somewhere we want people to come in and be very relaxed and enjoy themselves and have great food and great beer.”

Mash Tun launches on Friday, May 3rd at 5pm. Sign up to their newsletter for more details.
It will then be open seven days a week from 11am til late.