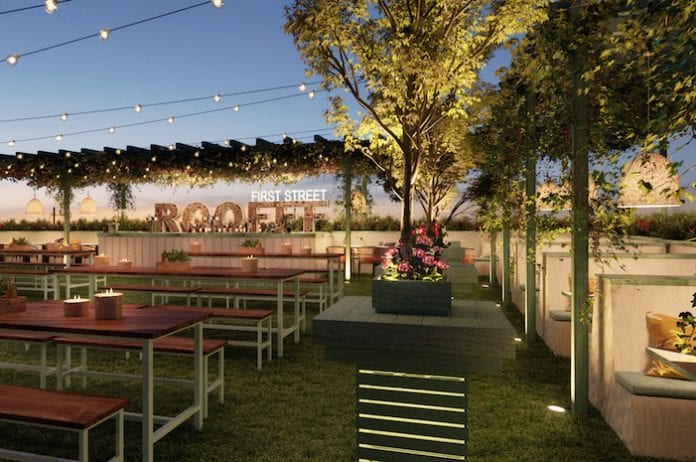 Plans have been submitted to transform the top of First Street‘s Q-park carpark into a gorgeous sky garden overlooking the city centre. And it looks amazing.

Called Roofff, the new venture would potentially take up a large portion of the 10th floor if plans to convert the space into a tropical sky garden with three bars and eight restaurants are approved.

Offering stunning 360° views overlooking the Principal Hotel, Palace Theatre and River Medlock, it sounds like it would be a surefire hit with locals. 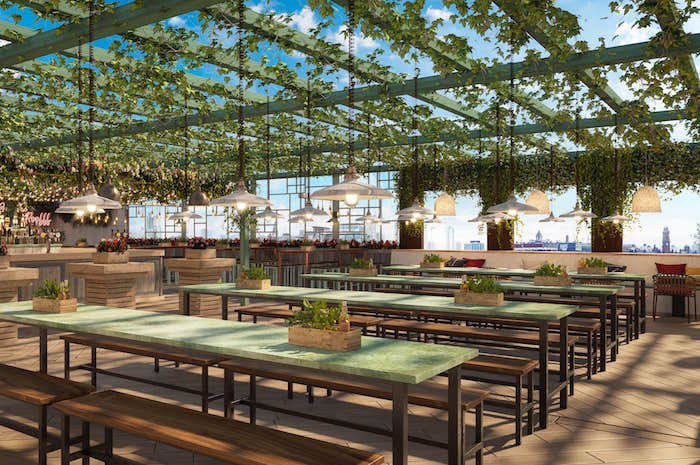 CGIs show stunning greenery, living walls, plenty of hanging drop lamps and even a peek of the Manchester skyline.

The company behind the plans hope to collaborate with a range of upcoming foodies to deliver a large range of offerings covering everything from Japanese and steak and fresh seafood, all-day breakfast and even a dessert cafe.

Kitchens would face into the central garden, with visuals showing a mixture of long rows of communal bench seating and smaller, more intimate booth seating. 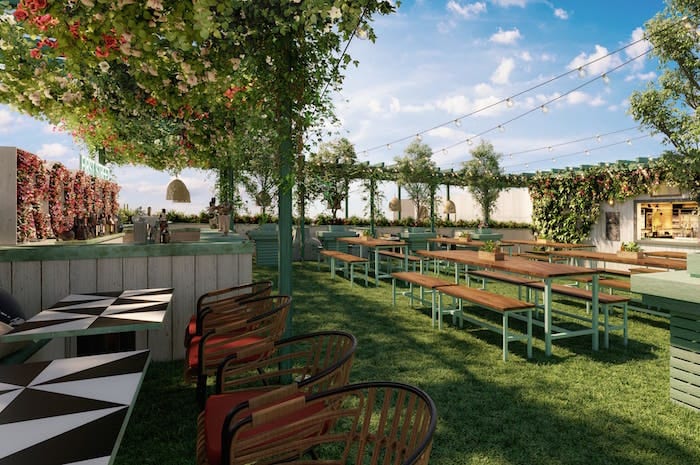 Totalling 11,000 sq ft, the completed site would have room for 400 covers inside, and a further 250 out on the open-air roof terrace.

Indoors, plans for clear corrugated plastic roofing aim to bring the garden to you without exposing you to the elements – handy for when the Manchester weather inevitably takes a turn for the worst.

Given we’re always saying how short Manchester city centre is on green spaces, this new venture looks particularly promising. The carpark underneath would remain, with just the 10th floor being taken over by developers Buzz Ventures Ltd.

Opening dates are currently listed on the website for later this year, but considering it hasn’t gone to planning yet we’ll not hold our breath just yet. 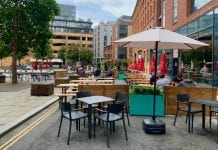 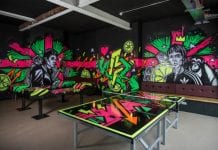