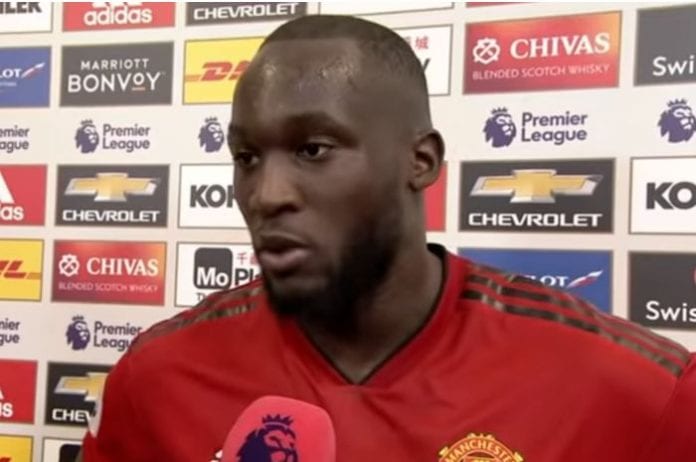 It’s been a strange couple of seasons at Manchester United for Romelu Lukaku. The fans were happy with the big money outlay and everyone loved him when he first arrived.

He hit the ground running, scored goals and looked unstoppable in the first few months of his United career. This is what we were all expecting.

Then it stopped. Last season he hit a mid-season slump and only seemed to score goals when the sun was shining. He hit a real slump again at this same time this season.

During that time, his relationship with the fans has fractured. Whilst some appreciate his talents, others feel he doesn’t have the qualities to succeed at this club. I’m a bit on the fence.

Granted his first touch isn’t always that great. He isn’t necessarily the best with his back to goal, which is why it was so strange to see him forced to play that way by his first manager at the club.

What he is good at is finishing if you give him chances. And he can also be devastating when facing the opposition’s goal with room to run at the defence or get in behind.

This is what he’s now being allowed to do.

In fairness to him, he’s shown strength of character to keep going during the slumps. He’s worked incredibly hard since Ole came in and has done everything to get back in the team.

The manager threw down a challenge to both Lukaku and Alexis Sanchez during the recent spate of injuries. He asked them to step up and stake their claim. The Belgian has done this and more with four goals in his last two games, including the winner in Saturday’s thriller with Southampton.

There’s talk of him being sold in the summer. I think this would be a mistake.

He has the potential to stay and he should stay, but there’s work to be done in pre-season. He needs to lose some of the muscle and regain the devastating pace he showed during most of his time at Everton.

He’s admitted himself that he put too much weight on for Belgium in the World Cup which caused him to struggle this season.

Ole has set his stall out and it’s clear how he wants to play – with pace and with quick counter-attacks. Marcus Rashford, Jesse Lingard and Anthony Martial fulfil the brief exceptionally. I’ve heard some experts say that this doesn’t suit Lukaku or Sanchez.

It doesn’t suit Sanchez and with his latest injury I think we’ve seen the last of him in a United shirt. No one will miss him, unfortunately.

But it does suit Lukaku. We saw that at Arsenal away. If he puts the work in during the summer he can be a huge weapon for us next season. Last summer Luke Shaw was dedicated enough to take the club’s fitness expert on holiday with him. Will we see a club coach dancing with Lukaku and Paul Pogba on Instagram in a mansion in LA this summer? I hope so.

Lukaku has actually this week praised Shaw for this, tipping him to be United’s player of the season. It could be time for him to do the same.

A fitter and faster Lukaku would be devastating in an Ole team. He’s the most natural finisher of all of the forwards at the club. If he does the work and United play to his strengths, he could be a standout performer for next season.

But back to this season. Wednesday sees United travel to PSG with the mammoth task of turning over a 2-0 deficit without Paul Pogba. Then they travel to Arsenal on Sunday for a crucial top four encounter, before another away trip to Wolves in the FA Cup.

It’s season defining stuff. An in-form and firing Lukaku could have a big part to play.