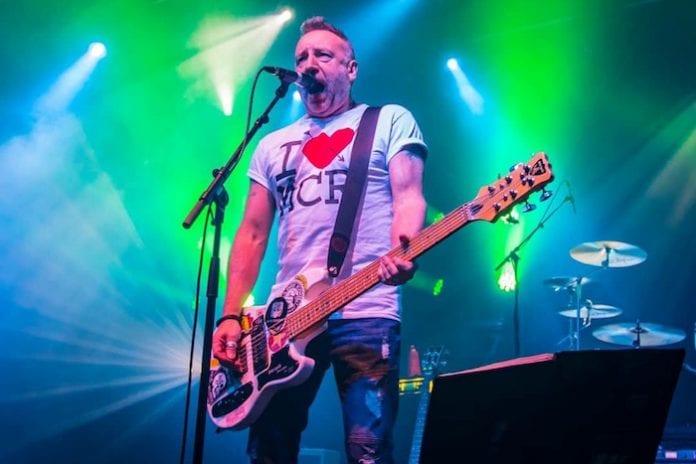 Peter Hook & The Light have only just completed a widely acclaimed world tour performing both Substance albums of Joy Division and New Order across the Americas, Europe, Australia and New Zealand.

But having committed to perform all of his catalogue and toured the albums by his previous bands for almost eight years now, the band are set to perform again later this year.

This time, they will be performing New Order’s late eighties and early nineties albums Technique and Republic in London, Glasgow and Manchester.

Released in January 1989, just after the band’s infamous G-Mex gig and aftershow downstairs at The Hacienda in December the previous year, Technique was New Order’s fifth studio album. 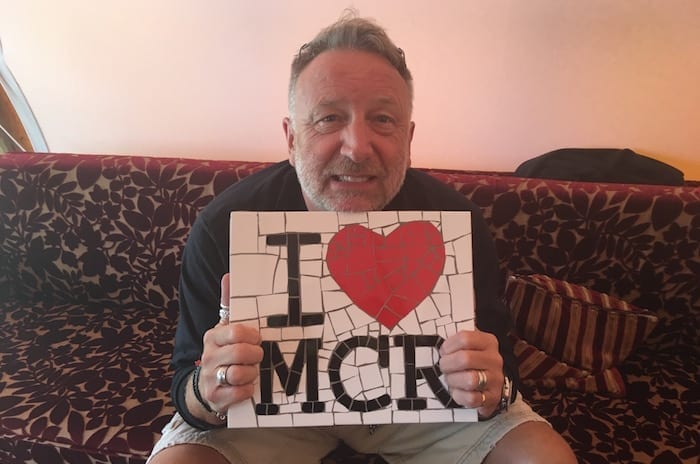 It chronicles the impact of acid house on the band, marking the clearest statement of the rock and dance influences which were shaping their output.

Technique was driven by the classic acid house single Fine Time which rivals Blue Monday as probably the most openly dance orientated record the group ever produced.

Other tracks on the LP such as Round And Round, Mr Disco and Vanishing Point also reflect the dance sensibilities then fusing their way into New Order’s sound. Like on its predecessor, Brotherhood, these are balanced by the vocal-led, more rock leaning All The Way, Guilty Partner and Run.

Recorded in Ibiza in 1988, it has often been said that Technique captures the sound of that summer and the heady period back then, both on the island, in the UK and, of course, Manchester.

The band didn’t actually do much work in Ibiza. Factory label boss Tony Wilson once told Peter Hook it was “the most expensive fucking holiday you’ve ever been on”.

The band returned to the UK to finish the LP at Bath’s Real World Studios later in 1988, itself the scene of another legendary New Order party when recording was completed.

In many ways, Technique epitomised its time and the culture surrounding it.

Many consider it to mark New Order’s high point as they went on to headline Reading Festival in August 1989 before going on hiatus and also pursuing their solo projects.

This is generally thought of as the golden period for the band.

It was New Order’s first album to go to number one in the UK. It was also hugely successful in the United States where the influence of Quincy Jones’ Qwest label regularly got the band’s singles to the top of the American dance charts.

It came out to generally ecstatic reviews from the top notch echelons of the music press. In the UK, Melody Maker called it “a rare and ravishing triumph” whilst NME proclaimed the band “had fashioned an LP of rare and unflinching honesty”.

In the States, SPIN called it New Order’s best ever album, whilst Rolling Stone referred to its “sonic presence with immaculate playing” and Pitchfork summed up the album simply as “magnificent.”

It is difficult to characterise it as sharing the same sunny outlook as Technique.

It was New Order’s most difficult album to make. Factory Records had hit financial trouble and needed a New Order album to bail themselves out so the band were coerced into recording the album in to save Factory.

Something that didn’t entirely work out as Factory went bankrupt in November 1992 with New Order signing to London Records, an offshoot of Warner Bros with Republic released in May 1993.

The demise of Factory, coupled with the ongoing difficulties surrounding the band’s involvement in the Hacienda as well as internal friction within New Order and the band members’ solo projects, all had an impact on the recording sessions and mood that lies behind Republic.

Not that Republic wasn’t also hugely successful. It went to number one in the UK and became the band’s biggest ever selling album in America, peaking at number 11.

Still considered a worthwhile addition by fans to New Order’s catalogue, if not perhaps hitting the standards they had previously set for themselves, Republic did receive some strong reviews.

The NME awarded it 8/10 on release whilst All Music said “Republic simply borrows elements of contemporary innovations in club music to frame a set of effortlessly enjoyable alternative pop songs.” 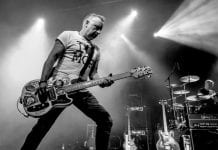