Agatha Christie’s classic whodunnit has been in the West End since 1952. You may therefore expect this to be a dusty and creaky old play which simply plays to tourists. And in some respects that is true.

But the great thing about The Mousetrap is that it is knowingly creaky and incredibly camp.

If you’re a fan of Christie and the format of her books, you will be expecting a number of guests to assemble in one place – a train, a holiday resort, a house or a guest house.  There will be scream or an altercation and one of these annoying stereotypes will not live to see another day. Everyone’s a suspect.

I have just summed up the plot of The Mousetrap, which is set in a newly opened guest house run by young couple Giles and Mollie Ralston.

Enter the guests who are all very different but have each of them have imperfections which mean they are either capable of murder or will drive others to finish them off.

Mrs Boyle (played by former Only Fools and Horses star Gwyneth Strong, with a real knowing wink a and glint in her eye) annoys all around her with her precise ways and lack of a filter.

Mr Paravicini (David Alcock) has a wavering accent and acts like an old school magician. Christopher Wren (Lewis Chandler) is camp, loves cooking and annoys some of the older guests with ease. John Griffiths plays a typical major and would not look out of place in Fawlty Towers. Lastly, Miss Casewell (Saskia Vaigncourt-Strallen) keeps herself to herself but will not suffer fools gladly.

Sgt Trotter (Geoff Arnold) arrives and declares that he has information that one of the guests will be murdered. Suspicion, betrayal, secrets and lies follow.

The great thing about this enjoyable thriller is that it plays up the comedic elements because the concept itself is easy to mock. And it knows this. Before you have a chance to say that something is ridiculous, a character will.

The set has lots of doors and allusions to stairs that could be used by the killer. Once a character says it’s getting dark, in the tradition of all great thrillers, this acts as an enigma code and you are trying to work out who will commit the murder.

The characterisation is limited because each guest must have a certain amount of mystery to them, and there are quite a few red herrings to mislead the audience.

At times it’s as if this motley crew has been hired from Stereotypes R Us. But if you see it as the stage equivalent of the boardgame Cluedo, it becomes more entertaining with each twist and turn.

The actors almost wink at you but are restrained enough not to turn this into an all-out comedy. But it is very funny, partly because the creakier the plot, the more you want to laugh.  You end up treating this old play with respect, laughing with it rather than at it.

The Mousetrap has been compared to a long-distance runner. This production proves it can still fill a theatre and has a fair few laps to go.

The Mousetrap is at The Lowry until 18th May. 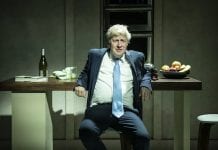 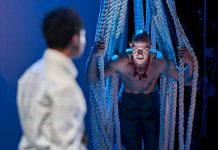