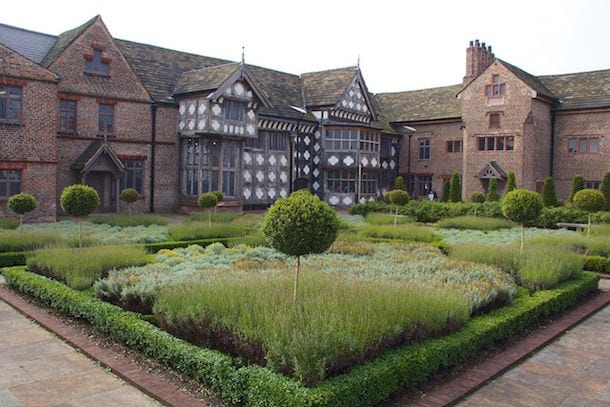 Elliot Garlick is a student. He doesn’t believe in ghosts. So on Halloween we sent him on a ghost hunt at Ordsall Hall like a Mancunian Shaggy out of Scooby-Do. This is his account of what happened.

There are no monsters hiding under my bed, no skeletons in my cupboard and the only thing haunting me is a thirty thousand pound bill for university tuition.

“…would there
be a spirit willing
to communicate
with me or would
my scepticism
hold me back?”

But that doesn’t mean I hate Halloween. I just don’t need real-life ghoulies and ghosties to enjoy myself. Give me horror movies and costume parties any day, where everyone gets the chance to stand out a little bit and the drunk walking down the street dressed like Elmo is hilarious rather than really depressing.

But for me, this year was something special. Rather than putting on my onesie and buying the cheapest vodka I could find, I was invited to spend Halloween on a ghost hunt at Ordsall Hall, a seven hundred-year old manor house which is supposed to be home to some of the liveliest spirits in the country. Small children, old women, giant black dogs – people have reported all kinds of unexplained happenings over the years, and it was the perfect chance for me to see once and for if I could ever believe in the supernatural.

I used to laugh at these kinds of stories. After all, cold drafts and weird feelings aren’t proof of anything. But it’s much harder to dismiss these stories when it’s midnight on Halloween and you think something just moved behind you. Or was it possible that I might experience a genuine supernatural event? So amidst all the blood, guts and dust of the house’s history, would there be a spirit willing to communicate with me or would my scepticism hold me back?

The first part of my ghost hunting experience was a lot like a museum tour. The group was walked around the biggest rooms and told who lived in the manor at various times. Alongside wealthy families and the Queen’s own Maid of Honour, the house had also been a school for priests, a studio for artists and could also have housed an army garrison during the English Civil War. According to the team at Haunted Happenings, who hosted the event, parts of the building were literally built on the bones of former servants.

I was there from 9pm until 3am and spent a long time hidden away inside cupboards and priest holes waiting for a spirit to reveal itself. Teams of us used ouija boards and radio scanners to try and pick up what the ghosts were telling us. Tables were tipped and wood was knocked on, and some ghost hunters believed wholeheartedly that they’d experienced something supernatural, like an invisible hand stroking or a cold pocket in the air.

But I didn’t experience anything that can’t be explained, or even anything that unusual. I’d heard plenty of stories about the hall’s vanishing women and phantom children, but in the end the scariest part of my night was paying 30p to use the toilets in Piccadilly. 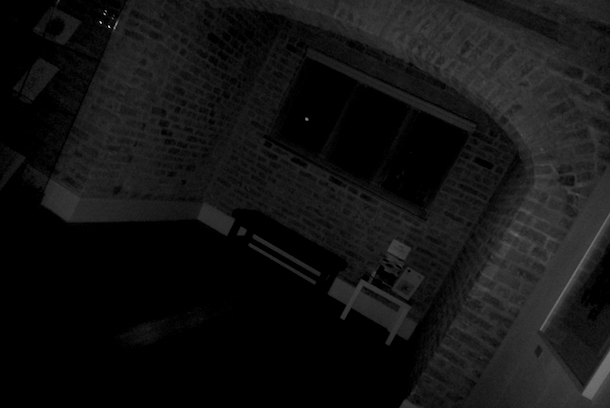 So did hunting for ghosts change my perspective? Did it make me re-evaluate my ideas about life after death? Have I changed my lifestyle to guarantee a one way ticket to heaven?

I found out that you don’t have to be religious or spiritual to enjoy a night hunting ghosts. Although I know that it was probably our minds playing tricks, Ordsall Hall is still an impressively spooky place to be around at night. It’s hard to be around a building that old without thinking of the people who lived and worked there, as well as the people who died.

But even though I didn’t spend my Halloween communicating with the dead, the Haunted Happenings team were excellent, ensuring that everyone in the building (living or dead) had a fun, safe and interesting time, with just a little bit of scary mixed in there too.

If you’re interested in the supernatural, why not try it for yourself? There’s another ghost hunt at Ordsall Hall on November 7 and in February next year. Whether you’re a believer or not, prove to yourself that there’s nothing to be afraid of.