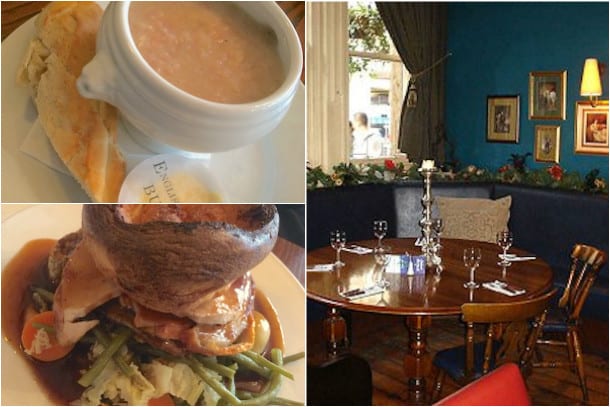 Manchester is one of those unusual cities in which High Street isn’t actually the main shopping street. One side has mostly been swallowed up by the Arndale whilst the opposite side is the western edge of the Northern Quarter and is home to a variety of different eateries from cafes to diners.

Finding a traditional hostelry in the city centre is becoming increasingly hard work and if you want a decent bit of traditional home cooked pub food, options are thin on the ground. Wetherspoons just don’t pass the ‘home made’ test!

On a sunny autumn afternoon I had a craving for a roast like my mum would make. I didn’t want garlic covered roast potatoes (there is no place for garlic in a Sunday roast in my opinion). And so to High Street I ventured and to The English Lounge – as cosy and traditional a pub as you can find.

The pub downstairs really is an oasis of British tradition but upstairs is a lovely restaurant space with a gorgeous lounge space I didn’t even know existed! Perfect if you are planning a nice little party!

My dining companion was delighted that he had finally found somewhere to eat with a menu which can be read even in the dimmest light, and with no need for him to put on his ‘windows’!

FIrst call was a bottle of wine. Our choice was a snappy dry Pinot Grigio which was a steal at just £16.95. Deliciously crisp with nice light hints of apple. 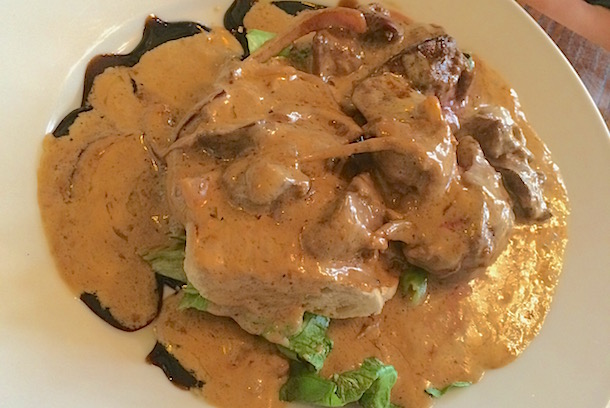 What better starter to precede a traditional roast than a hearty soup. Potato and bacon sounded intriguing so I ordered it straight away. My companion ordered the chicken livers and tucked into them with gusto, all smothered in a creamy Diane sauce.

Now to my soup. I cannot praise this recipe enough. It was hearty, tasty and with just the right amount of kick to make me finish the huge bowl presented to me. Our server seemed amused at me tucking into this tasty soup which led to much conversation and service which was attentive, polite, and quite often funny from start to finish. You are definitely made to feel at home at The English Lounge!

And so to the main event. We both chose a meat combo where my companion had a little of everything and I chose the beef and the turkey. 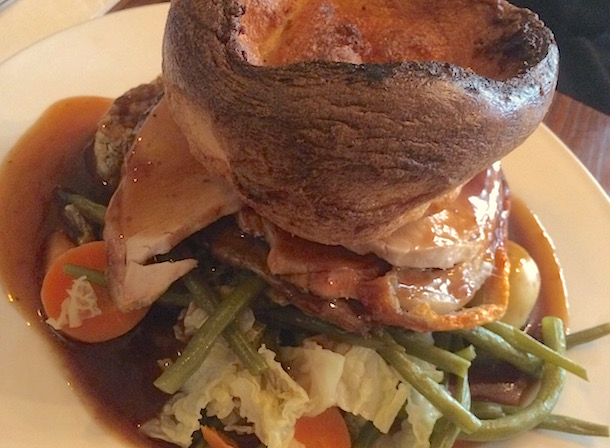 First things first. You will not leave hungry. The portions are outstanding with plates piled high with meat, veg and Yorkies. The crucial test of any roast dinner is, of course, the roast potatoes. I was thrilled to find crispy tasty and fluffy delights. Yes, I admit it, I’m a roast potato fiend!

Another pleasing part was what so many restaurants forget – the gravy. Let’s make this clear. I don’t want a jus. I want lashings and lashing of thick, wholesome, tasty gravy. The huge gravy boat –gravy cruise liner would have been a more accurate description-brought to the table ensured we didn’t go short!

My only criticism is that the beef could have been rarer but the turkey, a notoriously dry meat, was juicy and succulent!

The English Lounge has been around for a long time but I feel it is one that deserves not to be forgotten. In a city full of bars, dives, cafes, grills, coops, diners and a thousand Italians, The English Lounge offers an oasis of tradition with warm, welcoming service and a hearty home cooked roast just like Mum used to make!