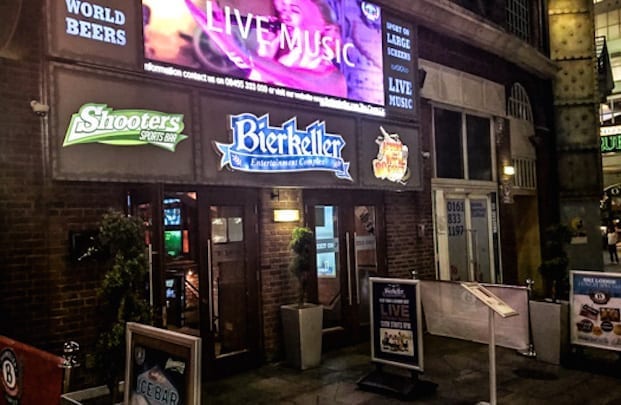 Craig Burke finds himself moderately surprised by the whole experience at The Bierkeller in The Printworks. However, unsure he’d want to be there on a Saturday night…

On 15th June 1996, the IRA set off a bomb on Corporation Street in Manchester city centre. Not only did it provoke a reaction of unrivalled resolve and determination from the people of Manchester, it was also the catalyst for the redevelopment of the city that we’ve come to know and love today. And it rid us of the old Arndale-a building so hideous in appearance, Bill Bryson once referred to it as “the world’s largest gents’ lavatory”.

‘The Bierkeller brings a little bit of
Bavaria to dear old Blighty.’

The Printworks was a key beneficiary of this redevelopment. Housing a printing press right up until 1986, it was subsequently bought by Robert Maxwell for the price of a pound bakery meat pie. Then in the year 2000, after a £110 million investment by then owners Shudehill Developments, it opened its doors as an entertainment venue boasting bars, restaurants and the North West’s first IMAX cinema. It was pretty impressive.

Nearly twenty years have passed since that day. The city centre has got bigger and better and it seems The Printworks is now a reflection of the industry it once represented. It’s been dogged by roadworks, restricted access and ill repute. Much like Deansgate Locks, it has been overtaken as a destination by other parts of the city centre such the Northern Quarter and Spinningfields.

Consequently, there have been casualties. Henry J’s became a has-been overnight and Cafe Rouge recently fermed its portes, citing the need for greater investment in its more profitable venues.

But it’s not all doom and gloom for The Printworks. The National Football Museum resides just over the way and the much-needed redevelopment of the Corn Exchange will undoubtedly bring fresh faces to the area.

There are the thriving chains too: Nandos, Prezzo and Wagamama to name a few. In fact, The Printworks probably has more chains per square foot than Bradley Wiggins’ bike shed.

Which brings me to my venue for the evening. It, too, is a chain. Together with its other operations in Liverpool and Leeds, The Bierkeller brings a little bit of Bavaria to dear old Blighty.

In true German style, we were persuaded by the delightful Polish fräulein to partake of a couple of steins filled with the Bierkeller home brew; a delightfully smooth lager which quenches the thirst you build up just trying to lift the bloody thing. Who needs the onsite gym when you can curl a few steins and be rewarded with guns like Arnie and a speech impediment to match? 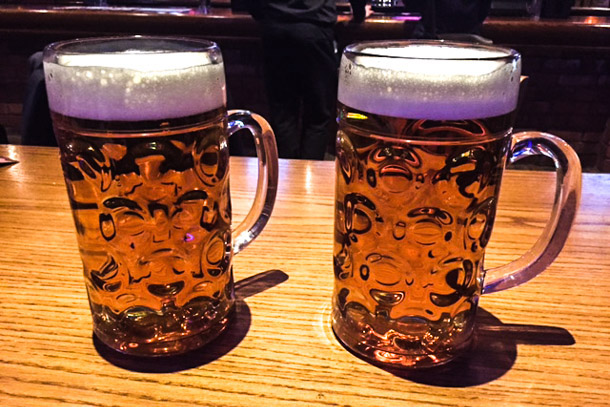 We stumbled downstairs for food and took our pews in the bierkeller itself. Flanked with long wooden tables, it’s synonymous with the bars of Munich. Just substitute moustachioed men in lederhosen with bald blokes in Hackett polos. The oompah band came in the form of young aspiring musicians banging the drum to the beat of open mic night.

With a heightened sense of bravado, we ordered the nuclear boneless chicken wings. Judging by the reaction of the barman, I get the feeling that they don’t sell many of them. He turned to me all Jarvis Cocker and said “Are you sure?”I can only assume they aren’t to the taste of the common people.

I’d say that nuclear was a fair description of these weapons of mass destruction. But wings? Of that I wasn’t so sure. Unless they get their birds from Sesame Street. 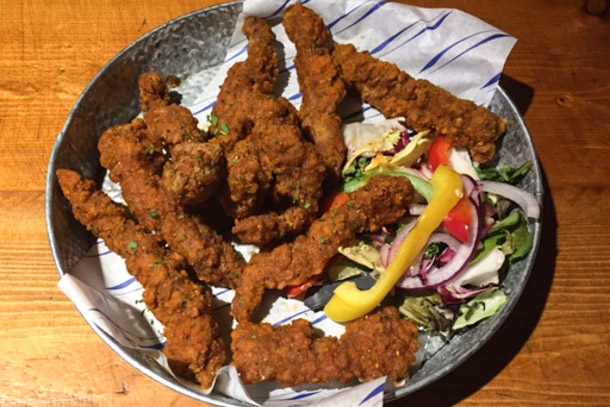 The Shooters Platter was a deep fried mound of cholesterol – you know, the stuff that Scottish people eat. Wedges, nachos, mozzarella sticks, onion rings and chicken wings. The same chicken wings that they have on special at £9 for 50. That’s 18 pence a wing. I’m not sure even Farmfoods could compete with a deal like that, on quality or price. 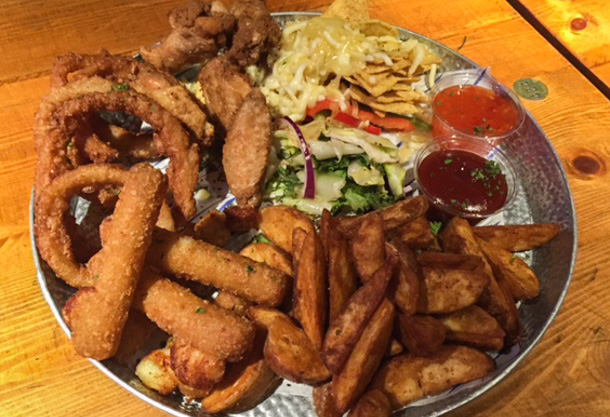 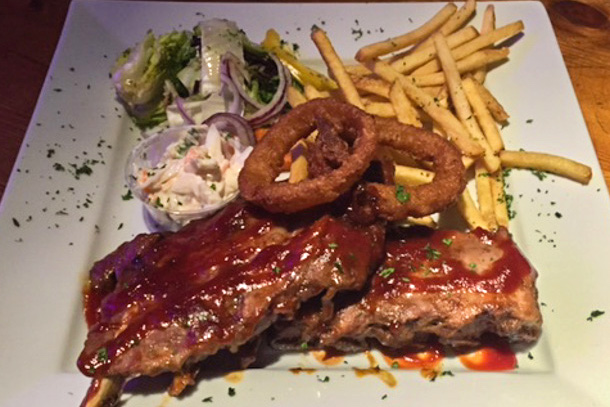 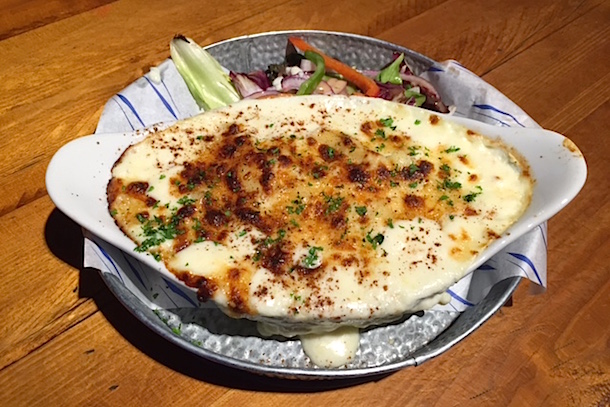 Surprisingly for a bierkeller, the German food offering is lite to say the least. From a country which has some of the wurst food in Europe, I can only imagine this is more by design than oversight. As wrong as the curry wurst pizza might sound, it was one of the highlights of the night, mixing the unlikely pairing of curry sauce with cheese. It is to German cuisine what the poutine is to Canadians, and just as distastefully satisfying. 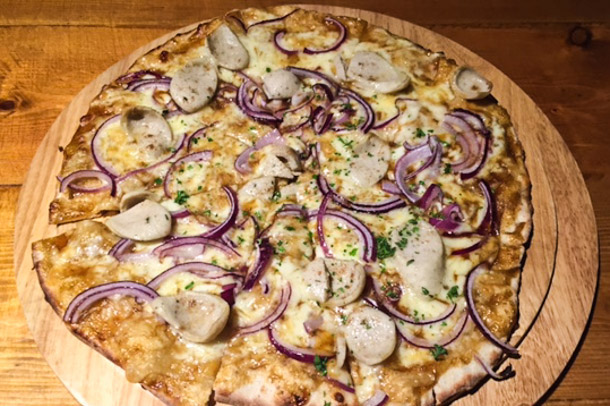 We decided to take desserts at the poolside. What the strudel lacked in fruit it made up for in booze, with enough amaretto to leave you feeling a ‘little bitter’. I’ve learnt everything I know about desserts from my doppelganger, ingredients expert Gregg Wallace. So it is with great authority that I can say the cheesecake was definitely a few biscuits short of a buttery base. 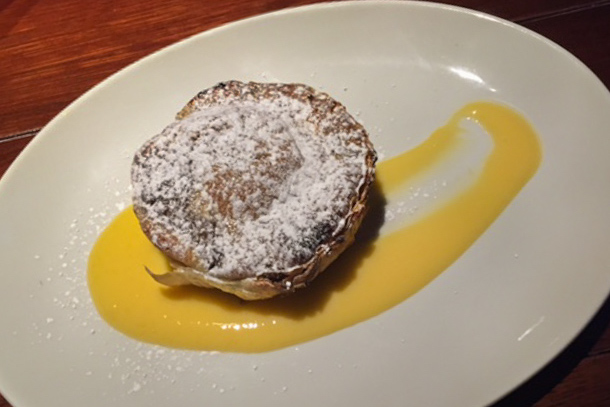 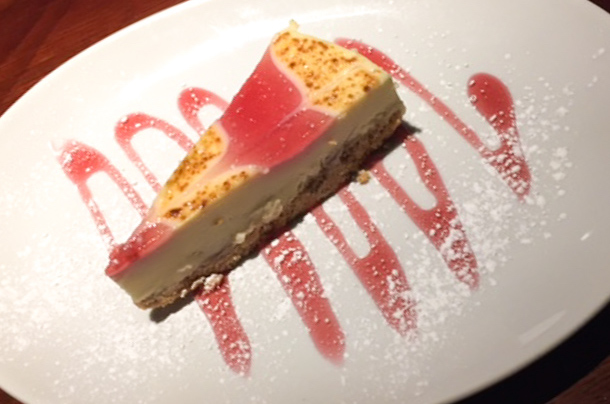 The Bierkeller has something for everyone. Happy hour offers two for one steins between 4-7pm and the privilege card gives you 25% off beige beer-food, so it really is quite hard to spend your money. Spending a penny on the other hand, is rather easy. With toilets that offer an interactive penalty shoot out, draining your Dirk Nicolaas Advocaathas never been so much fun.

If the Manchester of old had the world’s largest toilet, The Bierkeller has the world’s best. And for once, an Englishman won on penalties. In Germany. 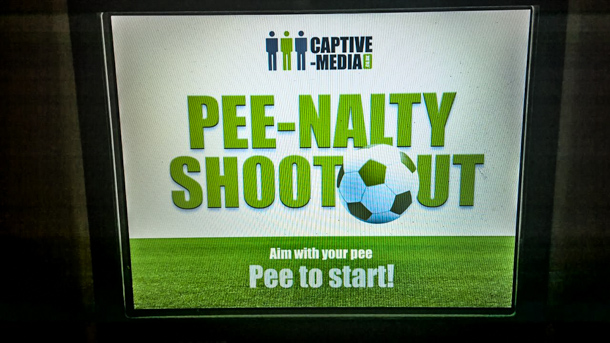