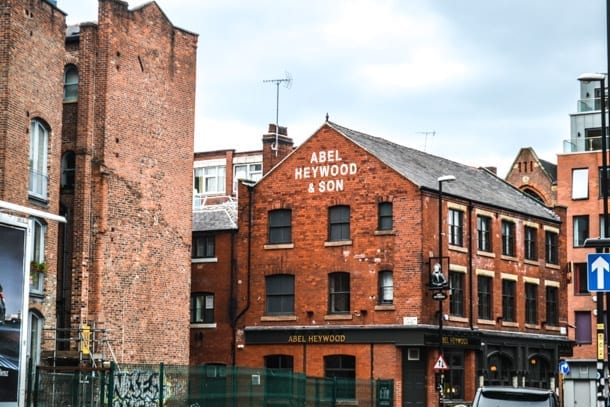 Walk through the front doors of The Abel Heywood and you could be forgiven for thinking you were in a traditional Manchester boozer which has been untouched for decades. But appearances can be deceptive, because it’s not original at all.

‘Appearances can be deceptive…’

The interior has been lovingly recreated right down to the 30 shades of brown décor and faux nicotine-stained ceiling. It’s all rather tastefully done with nods to Victorian Manchester and its cotton industry. The only thing missing are clouds of cigarette smoke (which could easily be created by a smoke machine concealed discreetly behind the bar). 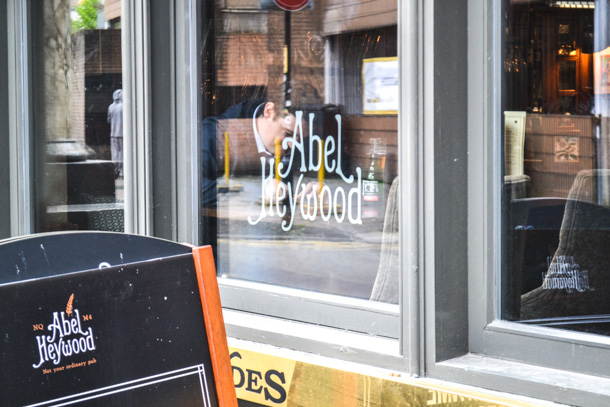 The Abel Heywood opened last December aiming to be ‘not your ordinary’ pub. And ordinary it certainly isn’t, at least compared to your typical Scandi-style, minimalist Northern Quarter pub. 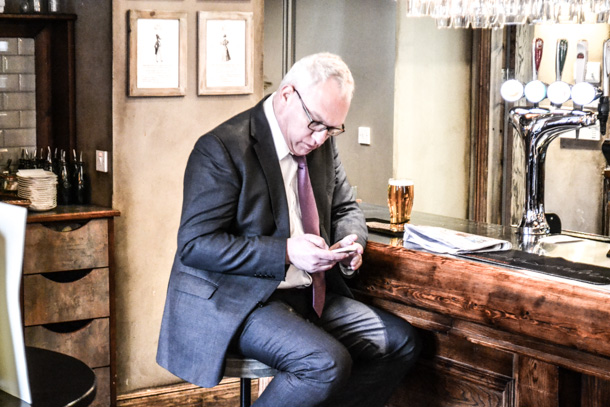 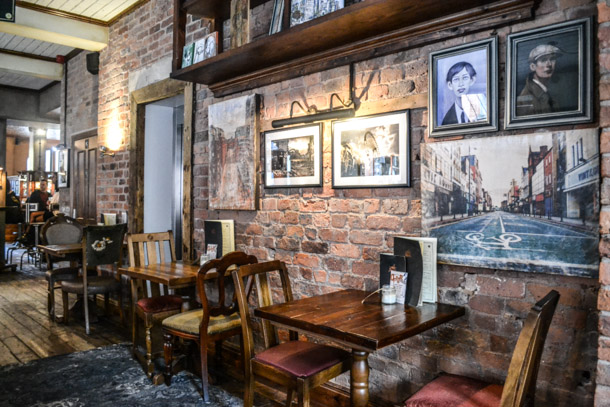 And there’s more to Abel Heywood than meets the eye. It’s not just a traditional-style pub but a boutique hotel, too. It’s part of the Hyde’s Brewery family and therefore serves a rather fine range of real ales including Nelson, Hyde’s Original, Manchester’s Finest and Jekyll’s Gold, which the beer connoisseur in our party described as ‘liquid gold.’ Maybe that’s where it got its name. 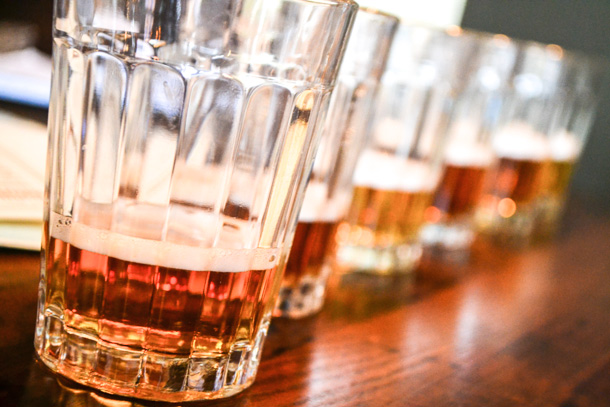 Now to the food. The menu consists of revitalised gastro-pub classics and a few more restaurant-sounding dishes. 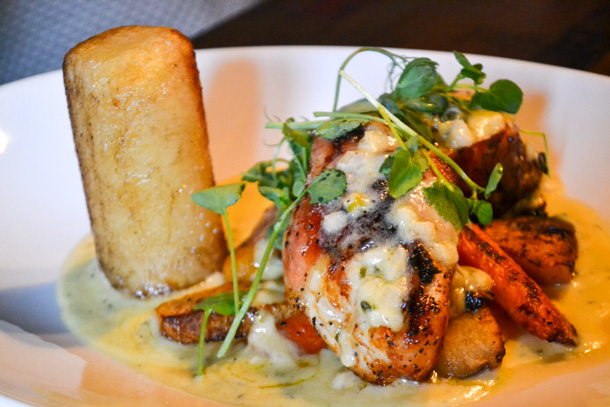 On paper, a very rich dish, which could probably give you a heart attack just reading it. It was certainly as opulent as it sounded (although fortunately no trip to A & E was needed). Moist chicken with salty cheese and sweet, fresh leek stuffing, encased in crisp Serrano ham was quite a yummy thing. The honey-roasted veg was well cooked and not over sweet. The buttery fondant was also pleasant, partnered with a decadent cream sauce with hints of chives bringing it all together. It was a dish that almost ticked all the boxes, just lacking a pinch of seasoning and missing some proper greenery to balance an overly heavy dish. 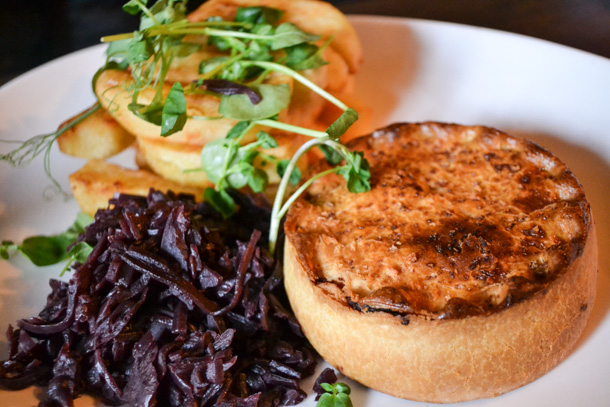 One of my companions opted for the Artisan Cheese & Onion Pie served with Chips and Braised Red Cabbage (£12.50)- a traditional pub classic and, with a dollop of brown sauce, about as comforting as you can get. The pie shell was crisp and buttery encasing a soft salty, sweet filling with strong cheese and onion flavour. The braised cabbage again was well cooked and flavoured, adding a needed acidity to the dish, although the chips were weren’t as crisp and seasoned as you’d hope for. 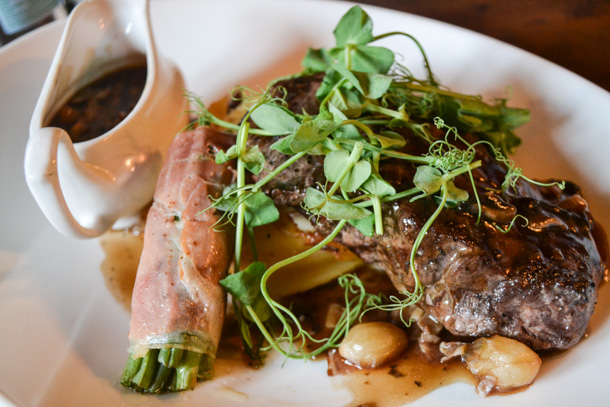 The third member of our group chose a 10oz Rib Eye Steak, Dauphinoise, Green Beans in Prosciutto, Forestiere Sauce (£18.95). Cooked medium rare, the steak was wonderfully tender and perfectly seasoned. With creamy, indulgent potatoes, which you could quite easily eat a bowl of if you didn’t think you would be judged- delicious. With some vibrant green beans in prosciutto engulfed in a classic forestiere sauce abundant in pearl onions, bacon and mushroom, this was a perfect combo. A perfect 10. 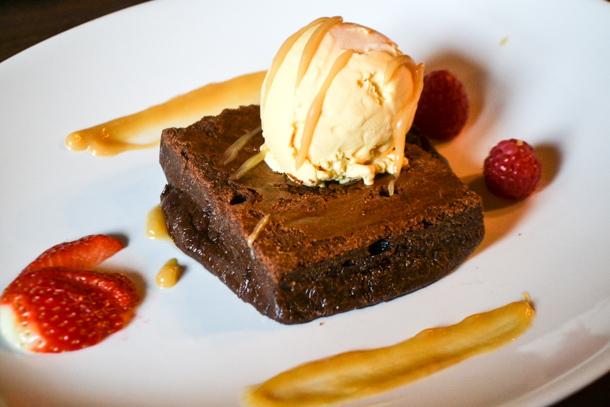 Although we had generous main courses, we felt obliged to leave room for dessert. Both of my companions opted for the Warm Chocolate Fudge Brownie with Vanilla Bean Ice Cream (£5.95). The brownie was as gooey as you like, intense with bittersweet chocolate flavour. Partnered with heady, pungent vanilla ice cream and a caramel sauce this sickly sweet treat was a diabetic’s worst nightmare, but a chocolate lover’s wet dream. 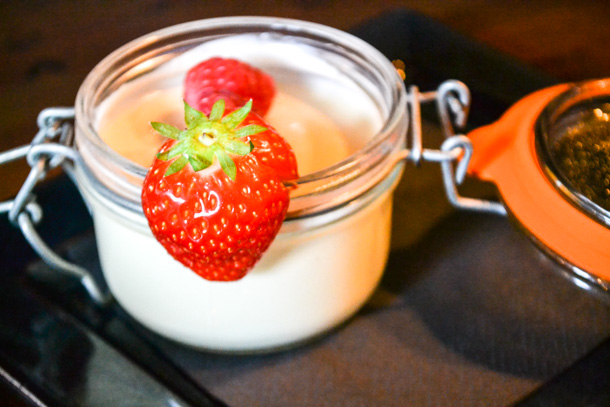 I went for something a little lighter-although it was hardly a low-calorie option- the Lime Posset with Fresh Raspberries (£5.95), which was as simple as its name suggests. The creamy, silky posset flavoured with zingy lime was good but not great. The addition of fresh raspberries added a nice contrast but I couldn’t help thinking that the addition of a compote and shortbread would have lifted this pretty nice dish to something a lot more interesting and delicious.

The Abel Heywood’s gastro pub offerings were, on the whole, delicious and for £18/£19 for two courses, was good value. The staff were friendly, helpful and knowledgeable, things which are often in short supply in some places.

Like the man it’s named after, Abel Heywood goes against the grain. It’s a quirky antidote to the generic Northern Quarter pub with not an industrial pendant anywhere to be seen. And judging by how busy it was on a Thursday afternoon, it’s already proving to be a popular Northern Quarter establishment.